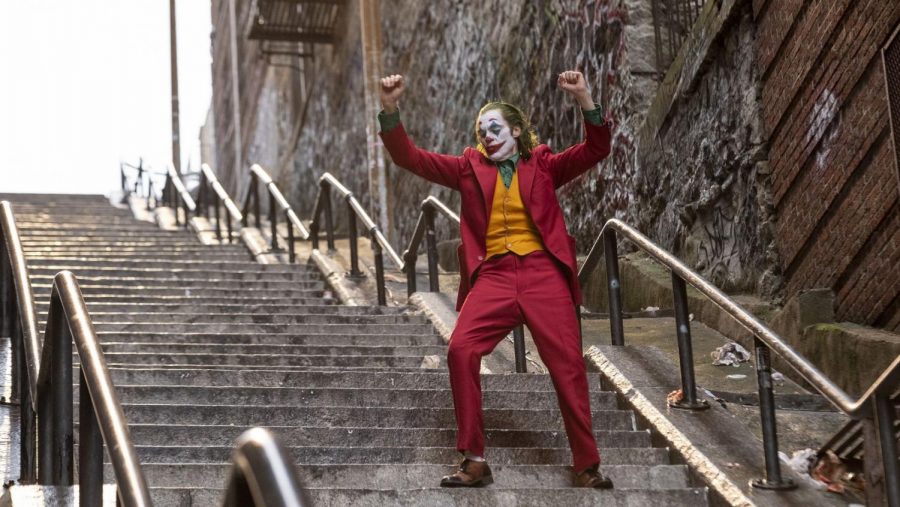 Thanks to the new Joker film, the Bronx is now famous for yet another attraction, this time being a set of steps.

Joaquin Phoenix’s iconic dance moves to Gary Glitter’s “Rock and Roll Part 2,” have made the stairs connecting Shakespeare and Anderson Avenue in the Highbridge section of the Bronx the most famous set of steps in New York City right now.

The stairway runs along West 167th Street and is listed at 1165 Shakespeare Ave.

The iconic dance scene is a scene that carries real cinematic power, which means it would immediately be turned into a meme.

The internet is a powerful place, it can make something as simple as a chicken sandwich sound like a big deal.

The steep outdoor staircase that was once known as just another flight of stairs now has their own Instagram hashtag with over 4,000 tagged photos. They also have their own name called “Joker stairs.”

As a joke, the stairs were named “The Joker Stairs” on Google search and were also made into a religious destination for a short set of time. Since then the title was taken off and has again become nameless.

Since the Joker movie released, the stairway has been fluttered with tourists. Some come to the site with their very own Joker costumes, some come and play music from the film’s soundtrack and some just come with their cameras and snap pictures.

Many members of the Bronx grew frustrated with the attention, while other members have hopes that all the attention will lead to some changes for the community.

Mercy students that commute from the Bronx, along with members of the Bronx community spoke about how they feel about the attention the “Joker stairs” are receiving.

Two students who asked to remain anonymous, are frustrated and believe that if it wasn’t for the Joker film, the Bronx would not be getting the attention it is receiving.

“I feel like nobody cared about the Bronx until the movie came out,” they echoed.  “Tourist would’ve never thought to come here if it wasn’t for the movie.”

One member of the Bronx, Victoria Lynn, 25 believes that if the tourist are not planning to contribute to the community in any way, then they should not come to visit the site in the first place.

“I don’t feel like it’s necessary for them to be here. I honestly feel like they made this movie scene into a big deal.”

“Out of all the iconic places popular movies filmed at, why make a huge deal about a set of stairs?”

Lynn believes that sooner or later, the tourist will grow tired of the attraction and will no longer think to come to the Bronx.

“Once this trend dies out, we won’t see them again.”

Mary Mangini, 57,  another local Bronx lifer, believes that there’s nothing wrong with tourist coming to the Bronx to take pictures.

“They’re not committing crimes or harming us in any way, they’re just taking pictures. To each it’s own.”

Mangini believes that the popularity and attention could be a good thing and stir up local business.

“It could give the neighborhood some recognition, perhaps make others want to contribute.”

Tiana Ortiz, 22, a Bronx campus college student, believes that the publicity that the stairs are receiving is just publicity.

“The Bronx is often referred to as the “worst” borough for it’s low-income, and crime-ridden neighborhoods by many, including some of its residents,” Ortiz said.

“And if you’re not actively looking for the beauty and magic that comes from the Bronx, you’ll surely miss it.”

Ortiz believes that if the tourists are stopping to take a look around, support a local business, or show love to local members of the Bronx, then there shouldn’t be a issue.

“But if tourists are coming just for the aesthetic, just for the trend, just for the Instagram photo, and in turn bringing discomfort and blockages to the people who still use the stairway in their daily lives, well then that is a different story.”

The popularity of the stairs among these New York City tourists shows just how successful the movie has become since opening in theaters at the beginning of October.

According to media outlets, the movie has earned over $740 million worldwide and counting.

Many believe it could surpass the $1 billion mark, as it continues to play in theaters nationwide.

A sad story about a failed comedian named Arthur Fleck, who is alone in the crowd and is searching for his place in the world has had fans amazed. Showing one of the cruelest villains in the DC universe from a different point of view, making some viewers empathize with him.

It is no surprise that the film made a fortune since it’s release and Phoenix’s incredible acting turned a set of stairs into a tourist site.