Spendtime Palace and The Paranoyds Play Loud and Proud for Brooklyn 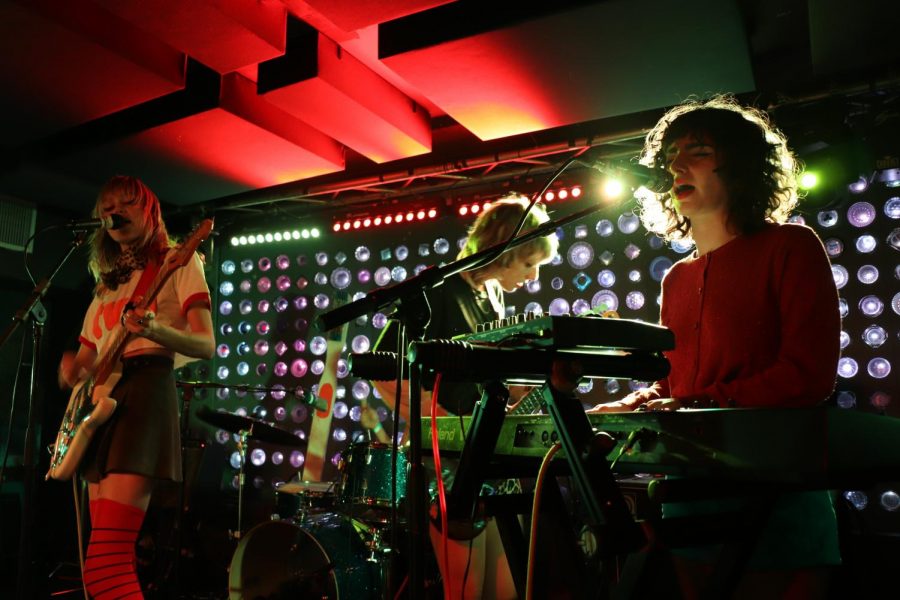 With the recent emergence of psychedelia and echoing soundscapes in alternative music, we don’t really get a lot of loud rock anymore. Despite this cold reality, two bands are making it their goal to change it. They are California’s very own, The Paranoyds and Spendtime Palace.

The festivities took place at Baby’s All Right, a retro bar in Williamsburg, Brooklyn. Full of nostalgia, Baby’s is unique. Past the doors that brought you to the music venue side of the building — this featured a very intriguing setup.

It included a colorful display of glass lights accompanied by two large toothbrushes behind the bands. On the right side of the stage was a small old school television monitor which played “The Matrix” on mute. 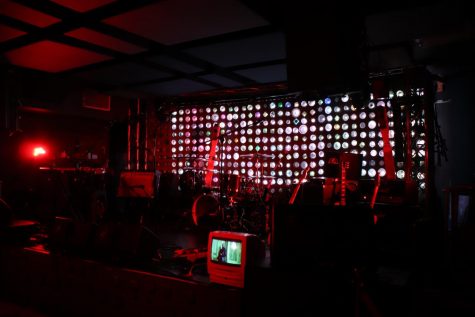 You could also not ignore the not one, not two, but three disco balls in the center of the standing area. Warming up the crowd was DJ Lily Sumner, who played an oddball mix of European post-punk, goth rock, art rock, and experimental dance.

While tunes by Pulp, The Fall, Tones On Tail, and The Cure may seem like an odd way to warm up an audience, the crowd slowly got into it. A song that took the crowd for a whirl was The Stranglers’ “Golden Brown,” but what came next was unanticipated.

The opener was Spendtime Palace, from the small surf town of Costa Mesa. Spendtime’s origins as a band date back to their childhood, where they bonded as friends over the course of their school careers. Featuring two guitarists, a bassist, synth player, and drummer, the band began playing, and it all emerged from there. 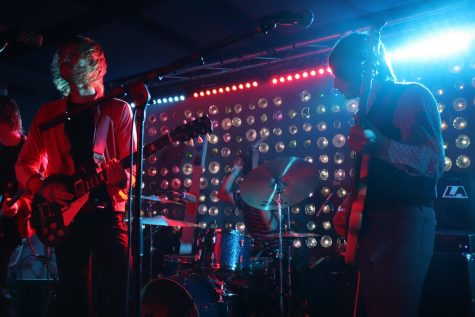 With a sound that held an attitude like The Strokes and a melody like The Beach Boys, these five (mostly) mustachioed men got the crowd moving with a strong set that featured a diverse spread of music throughout their catalog.

Between funky electric piano riffs that made you want to dance to guitar-heavy outbursts of punk rock, Spendtime Palace created such an incredible and unique sound, that describing the band in one word would be disrespectful to the work they do.

You could tell that the band was having a blast on stage as they jumped around, knocked each other over, spat bad jokes, and murmured introductions at the audience — which the audience took very well. Tossing the occasional beer (or joint) to the band throughout their set, the band was as laid back as they appeared.

In an odd twist, it was their guitarist who did most of the talking, as the lead singer stayed quiet, only occasionally taking the mic between songs to say two or three words. Although he may not have bantered much, he expressed himself through his singing.

Then after them came the headliners of the night, The Paranoyds. The Los Angeles-based quartet carries a sound that shows the importance of being able to take what works for one’s influences and make it even better sounding. 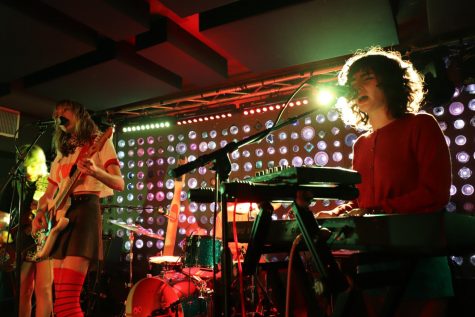 Having three of the four members as singers, the lone non-singer of the band sat behind the drums.

Raw and fast-paced was the name of The Paranoyds game. With bass that was loud and in your face, guitar playing that oozed with feedback and off-kilter riffage, and synths that laid down an undercurrent of droning noise similar to the keyboard work you could find on a John Cale or DEVO record, the crowd jumped and moshed with delight.

There was a lot of love in the air, which must have been nice for the group because they seemed thrilled to be there. Staz Lindes, the lead singer and bassist, mentioned how they not only drove all the way up from LA to be here but how incredible it was to perform at a venue she at one point went to when she was younger. 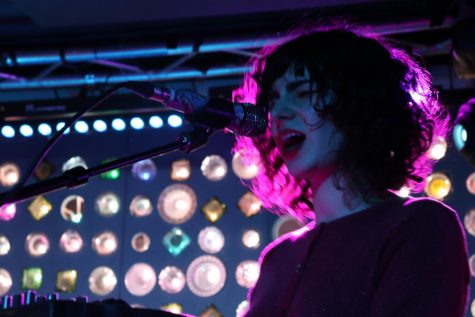 Overall, it was a spectacular night, and to see both bands before they inevitably play in much bigger places was incredible. The future is only looking up for both The Paranoyds and Spendtime Palace.

While many (wrongly) claim that rock is a dying breed, bands like these two not only continue to carry the legacy and influence of the artists that came before them but give the inspiration to do it yourself, which is more punk than anything else.