A Look Back At The “Merrie Land” The Good, The Bad & The Queen Brought To Us 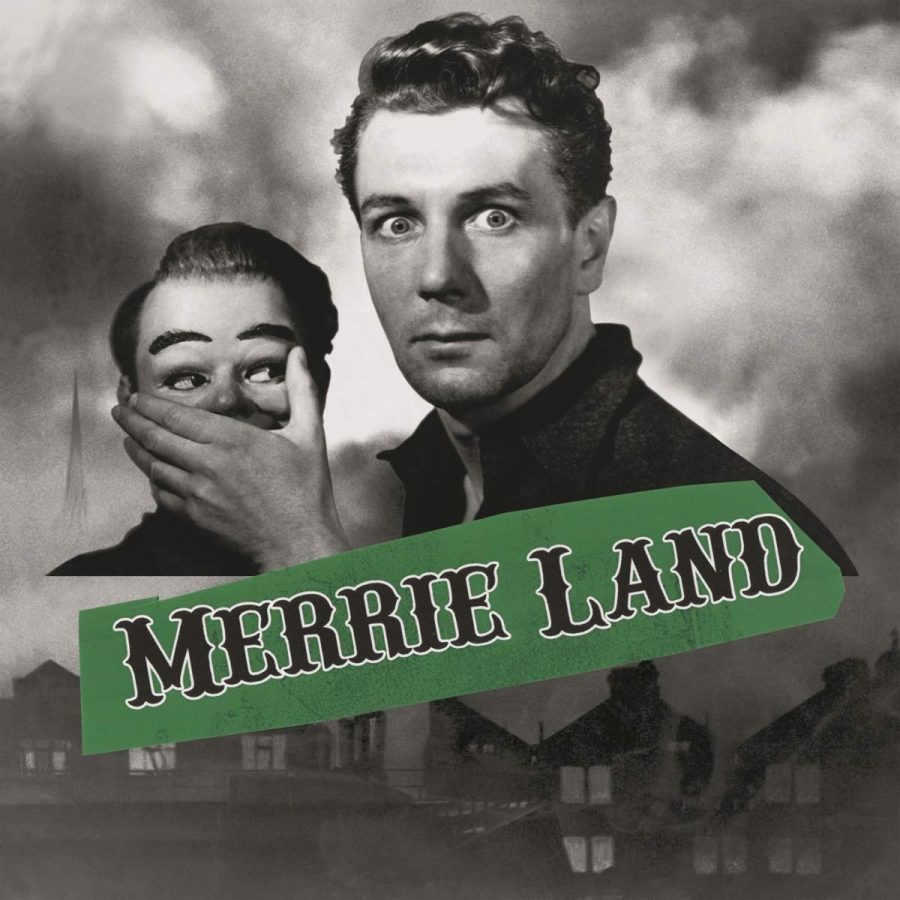 We gather here today to mourn the loss of Tony Allen. As legendary producer Brian Eno once put it, Tony is one of the greatest musicians of the last century. Tony Allen is a brilliant drummer whose style is only unique to him. His drumming practically made Fela Kuti as big and as influential as he was. Without Tony, we would not have the genre of Afrobeat as we know it today, yet alone have it reach the mainstream as much as it did.

So with all this in mind, why are we looking at “Merrie Land” today? Well, out of all of Tony Allen’s contributions, “Merrie Land” is the record that stuck the most with me after it’s release in 2018. It is the second and final album by a project that Tony was a part of called The Good, The Bad & The Queen. GBQ was a project spear headed by Damon Albarn, the frontman of Britpop sensations Blur (they did “Song 2”, ya know, the woo hoo song) and the musical mastermind behind the cartoon band Gorillaz. GBQ’s members included Paul Simonon, bassist of punk band The Clash, Simon Tong, guitarist of Britpop group The Verve (most Americans will know them for their song “Bittersweet Symphony”) and Damon and Tony, respectively. It is very easy to dismiss GBQ as a side project of Damon Albarn, a man who is constantly searching for new ways to create and release music. However, once you dig into their two albums, you will find that they are some of the most reflective and brilliant records to come out of the last 20 years.

Despite Damon’s tendency to genre hop, he has always been a singer-songwriter vying to communicate the landscapes that surround him. On “Merrie Land,” he decides to take a look at the state of England after Brexit was put into action and England was no longer apart of the European union. Through a musical soundscape that combines old British musical traditions such as music hall and folk with those that are newer like dub and punk, Damon manages to perfectly capture the feelings of gloom and dread Britain felt while all of this went down. On the opening song “Merrie Land,” Damon treats the situation like an old ex wife who after living with him for so long, is going away. He asks her “if you’re leaving can you still say goodbye?” On another song, “Ribbons,” he reflects on a hypothetical flag of a completely united Europe over a folksy guitar. On “Nineteen Seventeen” and “The Last Man To Leave” he communicates this sense of mental instability as he rants and raves, he’s almost in disbelief that this is even really happening. But now that it is, “what will (he) do?”

With all this being said however, I feel that as an American, I may not be able to tell you the full emotional depth that this album has to offer. So, I asked one of my friends, UK artist Thomas Hintton, for his thoughts on what the album means to him, as well as the general public of England:

“As someone who lives in the UK and has been very aware of the Brexit situation, “Merrie Land” speaks to me in quite a real and raw way. From some observations i’ve made, the album seems to have stricken a very strong response from people in Europe which just goes to show the lengths the album goes in its themes and sonic excellence. Coming back to Brexit though, the record really delves into this paradigm of a nostalgic and vintage Britain that no longer exists but a large majority of the UK think it would exist if we left the EU. The messages brought forward within “Merrie Land” act more as a “Is this really what our country feels? Wow, that’s very surprising and disappointing.” As apposed to a very preachy idea of “You’re ideas are different so they are wrong” it doesn’t treat the listener like they are some mindless idiot who knows nothing about the decision the country has made but rather offers a different viewpoint of the situation whilst also being a twisted fun house mirror reflecting a twisted image of Britain. Tracks like “The Truce of Twilight” have elements of parody and satire whilst also being dark and twisted, referring to the nature of Parliament and how old fashioned the way they run the country is combining it with the playful hints of British entertainment such as Punch & Judy or other seaside attractions. The album also really speaks in a way of saying “Have you really though this through?” referring to the fact that the referendum’s vote was so sudden and a lot of it was based on lies and misinformation, in my experience the people around my all thought these things about Brexit like “I want to be British” and “I don’t want to lose my identity to Europe” and those things always shocked me as from my upbringing and my understanding of the world, being British meant having this rich cultural diversity and a sense of unity which for some reason was lost on the public in favor of hysteria and propaganda. Love is a theme that is very present in “Merrie Land” and I feel as if the album is a love letter to the country, highlighting what makes England and the UK an amazing place and why we shouldn’t get caught up in this make-belief visage of a country that never existed in the first place.”

While the album relies very heavily on organ, the arguable instrumental star of the album is the drums. Tony Allen is a monster on this album, even on slower songs like “Gun To The Head” and “The Great Fire,” Tony Allen’s odd approach to the beat adds an aura of discomfort and unease that the songs otherwise would not have had. However, Tony Allen’s spotlight song is “Nineteen Seventeen.” This song changes time signatures at least two or three different times before the song even hits 30 seconds, and once it establishes a groove, it is hard to keep track of where it’s going. I challenge any drummer reading this article to try and recreate this beat to a tee, and then tell me that Tony Allen isn’t one of the greatest drummers of all time. It adds to the song’s vibe of a train ride gone off the rails, as well as a song reflecting on the unease of a nation at war.

“Merrie Land” was one of the best albums to come out of the 2010’s, and may Tony Allen rest in power.

“Merrie Land” by The Good, The Bad & The Queen is out on all streaming platforms.

Stream the album on Spotify here:

Also check out my friend Thomas Hintton’s art on Instagram, he does commissions: