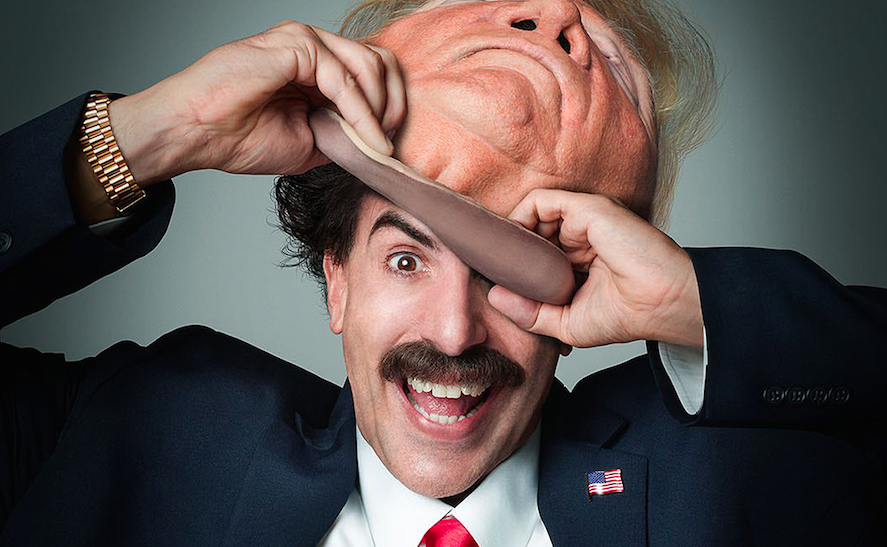 Sacha Baron Cohen is back as his alter-ego, Borat Sagdiyev, in his newest movie, Borat: The Cultural Learnings of America for Make Benefit Glorious Nation of Kazakhstan, which is now available on Amazon Prime Video to stream for free with a membership. 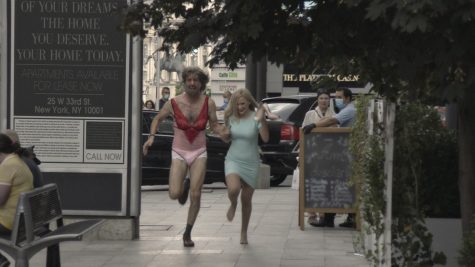 Borat fans got exactly what they were expecting with this movie, as the racist and sexist journalist is back again. The movie follows Borat as he and his teenage daughter Tuta Sagdiyev, played by actress, Maria Bakalova, travel their way in Trump’s America. There were also some very famous appearances by Tom Hanks, Mike Pence, and Rudy Giuliani, which worked in Cohen’s favor.

The movie was controversial but it didn’t take away from the humor of the movie as fans of the first clamored for more.  The first Borat was shocking, something that fit into the 2000 era. Viewers were expecting Sacha Baron Cohen to be canceled but he somehow pulled it off and kept his career as he put out Borat 2.

There are topics of women’s rights, COVID-19, and everything else in between. This was risky for Cohen to do due to the way America is already divided with the topic of these subjects. The way he presented it though was perfect.

The main plot of the storyline is Borat is trying to give Tuta away to Mike Pence in order to avoid execution in his country, Kazakhstan. This is because Borat made his country look like fools with the last film he did. Tuta believes this is the passage a woman should take as the men in Kazakhstan treat women horribly. Women believe that they should live in a cage and sleep outside and Tuta’s main wish in life was to be given to an elderly rich man to live her “Princess Melania” lifestyle that she read about in her books.

Borat’s main problem was that he became too famous to walk the streets as he used to. At the beginning of the movie, we watch him get chased by fans asking for autographs and screaming “very nice” at him. This leads him to go to a costume store and ask for a costume that looks American. His main part of his costume is his fat suit mocking American’s for their weights.

Sacha Baron Cohen is known as an avid-Trump criticizer and the trailer made it known he was going to mess around with his supporters and his inner circle. This is why people are split down the line whether they like it or not. The whole movie worked though as he provided presentations as to why Trump’s America is a full of tension.

He mocked Americans and he did it well. Cohen did it by just making the movie itself and pranking numbers of people in Texas. The footage in the movie also shows how Americans were mocked. There were fathers who were offering to buy Borat’s daughter at a debutante ball and an older man at the March For Our Rights rally doing the “Heil Hitler” with their arm.

Americans made it too easy for Borat to make fun of them especially those at the March For Our Rights rally that was for coronavirus. There was not a mask insight and people at the rally began to sing Borat’s hate song called the “Wuhan Flu.” 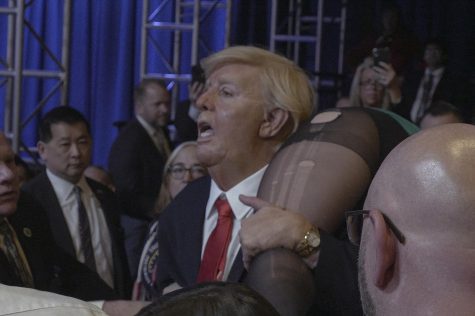 This movie is what people needed or might not have needed. While it brought laughter to lots of Borat fans, it also brought some hatred along to Cohen and Woliner. There were multiple jokes about women and Jewish people. (Keep in mind Cohen himself is Jewish.) In one part of the movie, Borat states on Holocaust Remembrance Day, “We commemorate our heroic soldiers who ran the camps,” referring to Nazis.

Some highlights of the movie that really made people either crack up or angry were when Borat was dressed as the KKK and walking around the Conservative Political Action Conference where Mike Pence was making an appearance. While multiple heads turned and were giving Borat side-eyes, no one stopped to say anything about his costume.

The Conservative Political Action Conference (CPAC) is threatening legal action and wants the production company, Four by Two Films, to “immediately cease and desist from using any of the footage.”

While many viewers found this stunt funny, others thought it was unacceptable due to the racial tension that is already happening in America. Viewers should have expected it though –  it is Borat. If viewers plan on watching the second movie, viewers should start with the first. It seems as if the viewers of this movie haven’t watched the first one so they didn’t get the original idea of who Borat is. It’s known that Borat hates Trump as he uses the bathroom in a bush in front of Trump Towers in NYC in the first movie.

One aspect many viewers disagreed with was the way they treated Jeanise Jones. Jones is a 62-year-old woman who plays Tuta’s babysitter in the movie. She was told it was a documentary and she showed her true colors as she told Tuta how men were lying to her. She was the true star of the movie in our eyes but she was lied to by filmmakers about what the original motive of the movie was. Due to coronavirus, she is now unemployed and a GoFundMe was created to help her during her rough times. The GoFundMe racked up over $50,000 and she truly deserved it. 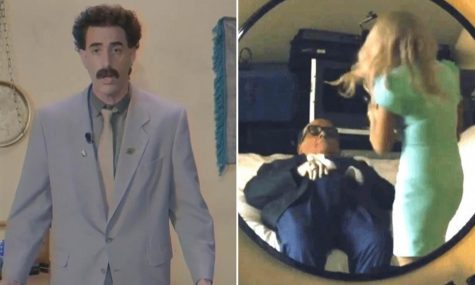 The biggest scandal that came from this movie is Rudy Giuliani’s scene towards the end. There have been arguments between viewers about whether Giuliani was removing his microphone, tucking his shirt in, or touching himself. It seems as if he was removing his microphone and tucking his shirt back in, but this doesn’t excuse the fact that his behavior during the interview was creepy. Between Tuta touching his leg, Giuliani also grabbed Tuta by the waist, was drinking whiskey with an “underage” girl, and everything else in between.

Overall, Sacha Baron Cohen did not play around. Cohen came straight for Trump and didn’t hesitate once during the movie. Cohen also dropped the movie a week before the election which was a super smart move on the filmmaker’s part and it gave people a last taste of extreme conservatives.

At the end of the movie, he left it with the word “vote” hoping viewers would go out and vote after seeing how divided America has gotten. Cohen is known to not like Trump so the movie seemed against Trump supporters, as there was no mention of Joe Biden at all. Even though it being so Anti-Trump, it didn’t ruin the humor of the movie.

Trump made a comment on about Cohen, “That’s a phony guy. And I don’t find him funny… To me he was a creep,” meanwhile Cohen responded to Trump on Twitter saying, “Donald—I appreciate the free publicity for Borat! I admit, I don’t find you funny either. But yet the whole world laughs at you. I’m always looking for people to play racist buffoons, and you’ll need a job after Jan. 20. Let’s talk!”