Dave Chappelle And The Latest Round Of Cancel Culture 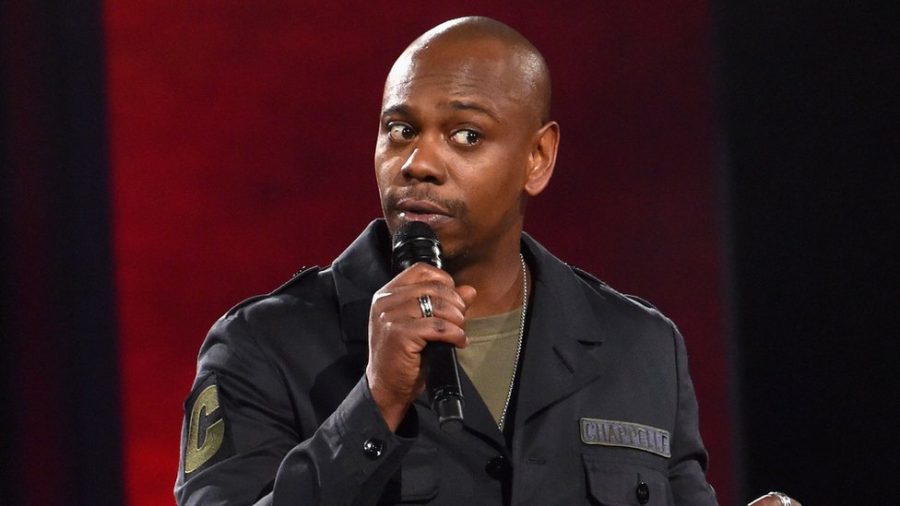 Is Dave Chappelle’s latest Netflix special an example of normalized homophobia and transphobia, or is it just cancel culture’s latest target?

This question has been the topic of many Twitter rants and news stories since his Netflix special, the Closer’s release on October 5th. The 48-year-old comedian and actor have always been known for his dark humor and comedic social commentary. But, this latest comedy special is on a completely different level.

Many online commentators have taken offense to the statements Chappelle made throughout the one-hour and 12-minute show. Statements that cancel-culture believes are transphobic and homophobic.

Now, I’m not here to tell the community if they should or shouldn’t be offended by a joke. However, I do believe that people who are upset about and label Chappelle’s jokes off-color are only seeing the situation through an emotional and defensive lens.
They’re playing right into his master plan.

And it seems that Netflix is a victim in this plan since the comedy special, the company has been thrown in troubled waters. It has even gotten to the point where on October 25th, employees working at the Los Angeles Netflix offices set up and staged a walkout to make their voices heard about how they stand against what Chappelle said in the special.

According to several other news sites, hundreds of employees protested against the streaming company after Chief Executive officer, Ted Sarandos, made it clear that the company would be standing with the comedian; and see his special as an example of free speech and creative freedom.

In an official public statement, Sarandos explained that “while some employees disagree, we have a strong belief that content on screen doesn’t directly translate to real-world harm. Stand-up comedians often expose issues that are uncomfortable because the art by nature is highly provocative. As a leadership team, we do not believe that The Closer is intended to incite hatred or violence against anyone.”

This statement only fueled the fire even more. Several other comedians have stepped into the ring to either defend Chappelle or criticize him; those criticizing him are even going as far as to label Netflix as transphobic for allowing the special on their service.

But interestingly, with all this fighting, the seemingly one person who hasn’t voiced their opinion on the issues is Dave Chappelle himself.
And this commitment to silence is what tells me that all of this scandal has turned out exactly how he wanted it to.

Chappelle is smart. He would not have the career nor the success he has if he wasn’t. The Closer special is a purposeful attempt to cause controversy and cross the imaginary social line of what can and can’t be said.

He’s intentionally caused discourse as a way to shed light on the culture and the so-called sensitivity of modern America. Even though I don’t condone what he’s said, he’s only doing it for shock value. Which I have to admit is an interesting way of stirring the mainstream pot.

The statements that he made could very easily be seen as harmful and dangerous. Most people who are offended see his Netflix special as a spontaneous rant. But I see it as a deliberate and strategic move against safe humor and cancel culture.

Since 2016, the only humor that seems to be acceptable is self-deprecating. Humor that only targets the comedian telling the joke and those who are similar to them.

Modern entertainers like Pete Davidson and John Mulaney can say pretty much whatever they want, as long as they are the ones who are the butt of the joke.

Chappelle clearly understands that this style of comedy has become the norm. This style of comedy ensures that no one becomes the topic of cancellation and Twitter outrage. Chappelle made a point when he used dark and politically incorrect jokes to lure in controversy.

There’s no real way to know for sure if he believes the statements he made. But, even if he is 1000% transphobic and homophobic, his intention was not to harm anyone. He planned to go up on that stage and say whatever shocking and taboo jokes he could think of, as a way to cause an uproar and online controversy.

That is why he has not made any statements on his attempted cancellation or made any effort to clarify his beliefs.

The Closer is nothing more than shock humor and his version of a social experiment.