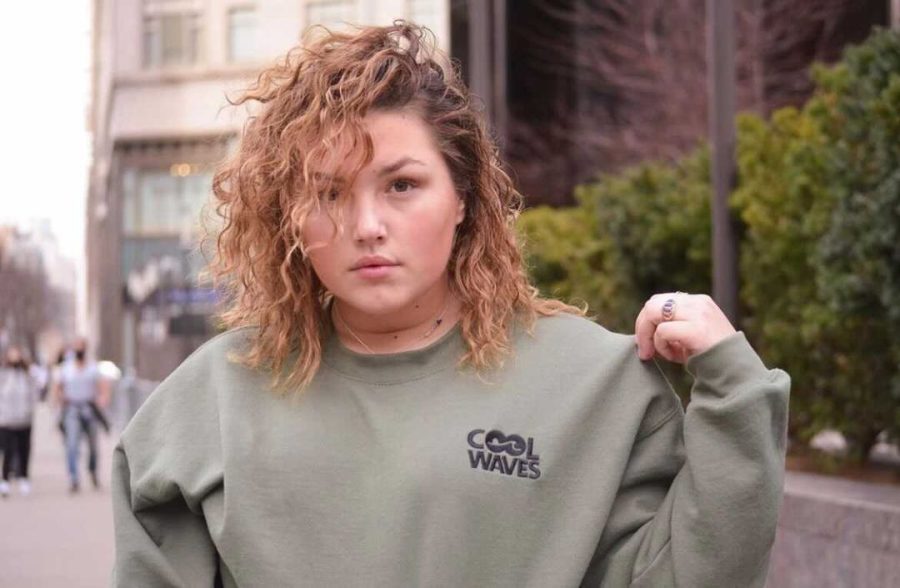 “It was always kind of an idea of mine in the back of my head that there’s no reason why I can’t just set up a clothing rack anywhere in the world and sell clothes.”

With nerves of uncertainty, Hope Durot found herself in the center of Washington Square Park on a hot summer day with a poster board, a rack of clothes, and her two best friends. Regardless of if it was a failure or a success, it was time to show everyone what the brand was all about.

Luckily, it was the latter.

Created to bring awareness to mental health, Durot, along with the help of her teammates Giana Atai and Emily Mozdziak, founded the brand Cool Waves. Cool Waves features apparel such as hoodies, hats, and many more.

“Five seconds later, I’m not exaggerating, swarms and swarms of people came up to us like all different types of people,” Durot explained. “The thing about New York City is truly the melting pot.”

Receiving 12 million visits a year, Washington Square Park is one of the most known parks in NYC. It’s the home of the arts, dog walkers, and new brand owners.

“The first couple of girls we went up to them, we were just practicing the flow of words, what are we gonna say to people we don’t know?” Durot explained.

It was this interaction that kick-started the first-ever pop-up shop to go in a positive direction, completely exceeding their expectations.

“We were just explaining the brand, we were saying that it was handmade,” Durot stated. “They were so inspired by our message, and they were just tourists, they just bought everything.”

For the remainder of the event, Cool Waves was exposed to the melting pot that is in NYC, making their brand and their message rememberable to many. This pop-up shop solidified the potential of the brand.

“We met all these people, they were shouting us out, and it was like’ wow, we can do this’,” Durot thought back, “and at that moment it was our first time doing something like this, it was such a big goal of ours. And it was like ‘wow, Cool Waves can actually be something.’”

Although Durot was able to experience a handful of successful pop-ups, there were pop-up shops that were not as well-received as previous ones. But even if the money made was less or the pop-up went below her expectations, Durot can find the good that comes from them.

Returning to Washington Square Park, Durot remembers how jammed packed the park was due to the massive herd of people. Because of this, it was hard to have people engage with her brand.

“We didn’t make a lot of money in this one, because I felt it was very overwhelming and not a lot of people were available, but the good part about that is we received followers that day, and it was still successful,” said Durot.

Cool Waves made an appearance at Ridge Hill Mall, a popular shopping center in Yonkers, but had already stepped onto Mercy soil. Speaking to people she didn’t know about her brand was easier than speaking to those at her college.

But like the risk in Washington Square Park, Durot went for it.

“I realized that Mercy is actually my favorite place to do pop-up shops,” Durot confessed.

“Every time that we go to Mercy, we hear so many people’s stories who are students, who are living the same schedule and routine as us but they’re also different,” Durot explained. “It’s a really interesting experience just getting an outside glance of what people actually go through and being able to listen to them and give them advice or just hear them out or be able to say ‘you know what? You got this Cool Waves.'”

A rewarding aspect of her pop-up shops is the questions that are asked, she says. It’s a great interaction with potential customers or someone who needs help processing what is going on in their life.

Questions along the lines of how are you doing today? Or what do you need? Durot explains that when she comes home, she is met with the diverse responses that she received from the pop-up shops on her wall.

“It’s just such a rewarding experience because I don’t know if I would have been able to hear these things or help people the way that we have or just give someone guidance if we never did this,” Durot stated.

“I created Cool Waves is that I wanted to be the person that wasn’t there for me.”