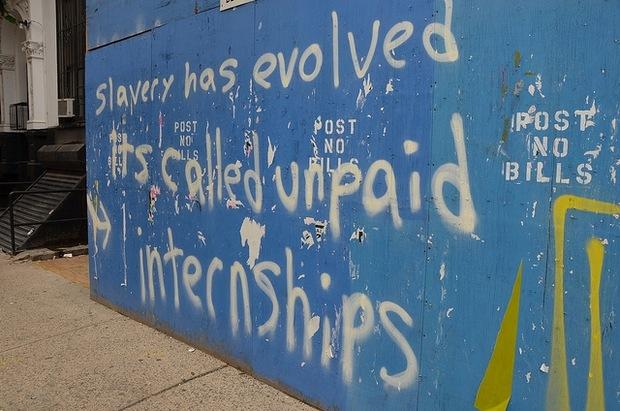 Every semester students across the country polish up their résumés and put on their finest professional clothes before they march off to the career fairs. They create online accounts with dozens of websites, spend hours in career services perfecting their interviewing skills and impishly enroll in the internship course at their school.

All of this is done in the hope of finding the perfect internship.

A mere 10 years ago, interning was something that students did to set themselves apart from other job candidates – now it is a requirement in most majors to graduate. A few internships are paid, some give you a travel stipend, but the majority of for credit internships are unpaid.

The sole problem with this is that under the Fair Labor Standards Act of 1938 (FLSA, some unpaid internships are inherently illegal.  Of course, 75 years ago, no one could have predicted the raise of the intern culture. With students willing to work for free it is easy to see how quickly they could be taken advantage of.

According to Ross Eisenberry, vice president of the Economic Policy Institute, there are up to one million unpaid internships in the United States. Employers sometimes take advantage of this need to intern and let their interns essentially replace paid employees, according to Eisenberry. Those one million unpaid internships are outweighed by 4.4 million long-term unemployed Americans.

Interns in the entertainment industry seem to be getting the worst of it. This past June, interns sued Fox Searchlight for back wages claiming that they were employees under FLSA and New York Labor Laws. Fox Searchlight is the independent film making branch of Fox and works on creating low budget films. The interns asserted in their complaint that the company is able keep the budgets low by hiring unpaid interns to do work that is considered that of a regular employee.

Pauley used the Labor Department’s six criteria to decide if an internship can be unpaid. He found that Fox Searchlight didn’t meet the criteria. The criteria can be found on the New York Department of Labor website, but it boils down to this: internships should have similar training to that of an educational environment, whether the intern displaces regular employees, whether it is to the benefit of the intern and any benefit reaped by the employer is incidental, whether the intern isn’t necessarily entitled to a job after the conclusion of the internship and they understand about no entitlement to wages.

Dobbs Ferry resident and attorney Alan Harris agreed, following the Labor Department’s criteria, he said, “These places should have to pay if they are benefitting from the labor of their interns.”

Fox Searchlight is just another company in a long list whose interns have decided to sue. Conde Nast, NBCUniversal, Gawker, Hearst Corp., W. Magazine, Fox Soccer Channel, Atlantic Records, and talk-show host Charlie Rose have all been sued by interns claiming they were not fairly compensated for the work they did. Not only are interns not getting paid, they also have none of the benefits or protections provided to regular employees. Some of these protections include overtime, health insurance, worker’s compensation, unemployment benefits, Social Security contributions and the ability to file sexual harassment claims.

In response to these suits, Conde Nast closed its internship program and NBCUniversal began paying its interns earlier this year. One former Conde Nast intern told the New York Times “going into an internship knowing it paid little or nothing and then complaining about it, and suing, seemed ‘disingenuous’.”

This is a common belief among interns. Who am I to complain when I said I would work for free?

Therein lies the problem interns feel they are powerless because they are the ones who need the company, because if someone doesn’t want the experience on their resume, there are a 1,000 others who will. Harris added that there must be some kind of compromise between the interns and the corporations.

“Some kind of compensation should be offered if you pay a regular employee $14 an hour then pay an intern $7 an hour for the services they provide.”

Mercy College students are lucky in that our Career Services department is looking out for them. Sara Shepherd, Assistant Director of Career Services, explained the steps that the department takes to ensure that Mercy students have the best internship experience possible. The department screens all the internships before they are posted, they research each company and they use employee reviews to insure that students don’t have any unpleasant surprises. If a company manages to sneak past the screening process, and the department discovers it, they immediately pull the listing and inform the students that applied who were interested in the internship.

Students don’t rely solely on Career Services. They also use websites like internship.com and CareerBuilder.com, for which this is a business they don’t care if the intern has a good experience or not.

Due to recent events, it is evident that interns are not powerless. There is legal recourse one can take. It is not okay to work 60 hours a week, unpaid, doing someone else’s job simply because you agreed to work for free before the job started, say the court rulings.

Training, mentoring and gain of experience is why people interned years ago, and it should be the results people gather from internships now.

Ross Perlin, author of Intern Nation,has long been against the unpaid internship and has said that the success of the case against Fox Searchlight is a sign that the corrupt interning culture needs to spur change because until businesses correct this behavior, the interns will continue to revolt, and more importantly, sue. And win.