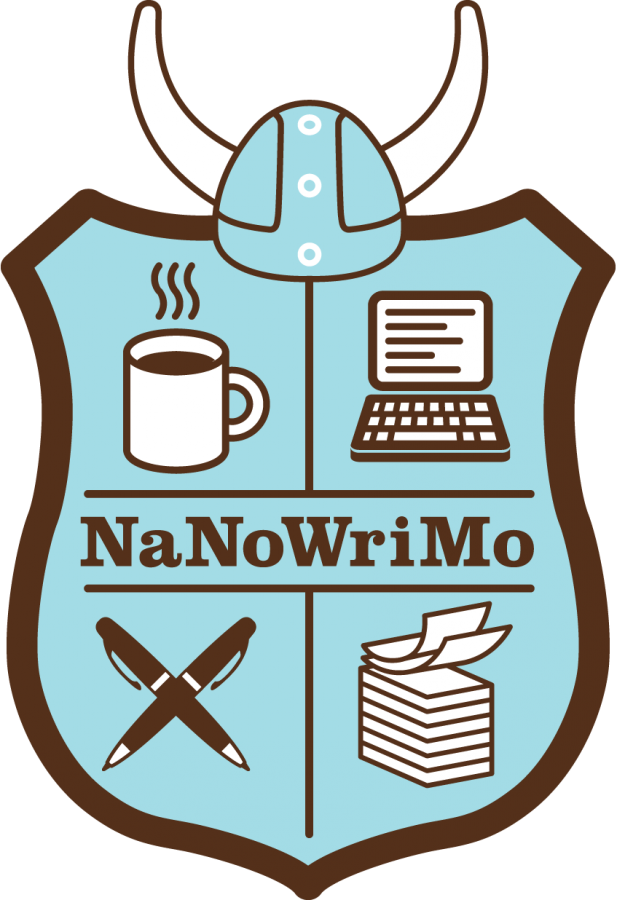 November was National Novel Writing Month (NaNoWriMo). The rules for NaNoWriMo was one must write 50,000 words in one month. No editing, just pure writing.

Your word count had to start on Nov. 1, but you could use a preexisting work as long as you start over from word one. It can be any genre of fiction including fan fiction. The whole purpose is to get that first draft done in a month. On Nov. 25, people  submitted their work to a counter and verify that they have 50,000 words and are declared a winner.

NaNoWriMo started as a writing exercise in 1999 and is now a non-profit that promotes creative writing programs across the world.

The whole point of NaNoWriMo is to get a writer writing. With a daily word count goal people are forcing themselves to get past the writer’s block and the need for constant revision and simply write. It also gets some writers into the habit of writing every day. Does this produce the best 1,000 words a day? Not always, but it helps people push past the common problems of perfectionism and self doubt.

Just because the event was “official” in November, it does not mean that aspiring writers cannot try it any month.

NaNoWriMo takes a lot of flak from people for encouraging writers to write freely (some say carelessly) and focus on a word count (some even allege that NaNoWriMo inflicts horrible writing on the world). This is unfair and untrue. First, having a daily goal helps people develop the disciple needed to sit down and write. (This, of course, gives credence to the famous adage, “Writing is the art of applying one’s ass to a seat.”) What critics of NaNoWriMo don’t understand is that people do this for fun. Not every person who writes in NaNoWriMo is an amateur hoping to become the next great American novelist.  This is about carving time out of your busy life to take time to do something you enjoy like writing.

Second, nowhere does NaNoWriMo promote itself as a workshop that creates ready to publish novels; it is, however, a creative exercise and a challenge. This is about the sheer pleasure of setting a goal and meeting it. Further, just because people are told they are not allowed to edit during November, doesn’t mean that the editing never happens. Often, the amount of time that is spent writing in November is matched editing in December. Most people join NaNoWriMo because they hope to write better (or at least produce an original idea) in light of what they consider an overwhelming amount of poor writing.

Despite the criticism of some, NaNoWriMo does have support from the professional writing community, and is particularly supported by writers such as Meg Cabot and Neil Gaiman, who have provided pep talks for writers. The best-seller and award winning film Water for Elephants was a NaNoWriMo work. (I have read several books unaware that they were once upon a time NaNoWriMo submissions. So if you take your completed draft, and work it and rework it (just not in November) one can become a published writer if that is one’s goal.) NaNoWriMo is all about putting in the time to create something.

NaNoWriMo also fosters a sense of community among their writers.  In 2003, they added the “Municipal Liaison” who goes about hosting in-person events and giving members of their region encouragement to write. Some events are Write-Ins, Kick off Parties and We Survived Parties. I had the pleasure of attempting to go to a Write-In. Write-Ins occur where people take over local cafes, bars and restaurants to write in little clusters.

The beauty of the Write-In is that while you are not able to edit your work, you virtually have a dozen or so editors who are willing to read your work if you are willing to share. Sadly, my event was cancelled. Personally, I wrote for three hours alone.

Writing is often a painful and lonely endeavor that comes in fits and spurts and often leaves the writer frustrated and willing to abandon their work in a fit of pique. With NaNoWriMo, writing is a little less lonely because you have people who are also going though this madness and understand your frustration. They will cheer you on and commiserate with you until that emotional terrorist in your head is talked down and you can write again. If anything I just described is familiar, then consider joining the nearly half a million people who do this next year and write on.  (And maybe get to a Write-In that actually isn’t cancelled.)