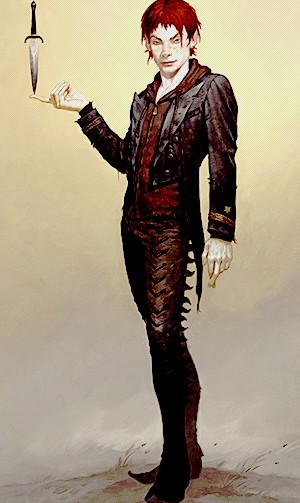 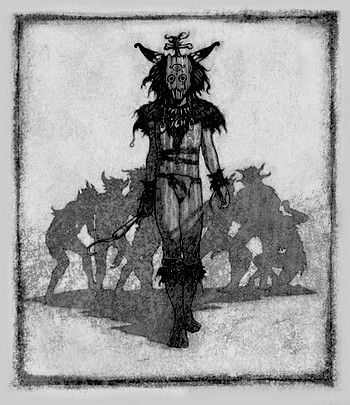 In a small corner of Prospect Park, in the borough of Brooklyn, New York, a thief lay hidden in the trees. This thief wasn’tsearching for an unattended purse, cell phone, or camera. This thief was looking for a child.

As a child, like so many before me and so many sure to come, I was captivated by the charming charisma of the one boy unwilling to grow up, the puckish prankster, Peter Pan. And of course, the tempting tale that came along for the adventure. Though, thinking back, I don’t believe it was the pixie dust or the pirates or even land of lure, Never NeverLand, but the gleaming golden-eyed boy that thieved my intrigue. And so,whenever a book about that boy settles onto shelves, something is sure to hold me spellbound. Gerald Brom’s The Child Thief does just that, and so much more.

Unlike the boundless based books to come before, Brom (best known for his work with Dungeons & Dragons and World of Warcraft) takes the tale back to where it all began, with a boy who’s luck left him no leeway andlife led him astray on a one-way adventure without a care or concern or humanity, hovering on his small shoulders. The Child Thief begins inProspect Park with a thief on the prowl, watching in wait for a particular face.

“The child thief wasn’t interested in these happy faces. He wasn’t looking to steal just any child. He was particular. He was looking for the sad face, the loner…a lost child,” (the beaten, the broken, the abused and the abandoned). Ever wondered why the Lost Boys were called Lost Boys?

Come to think of it, the thought constantly caged my curiosity. Imagination molded my mind into the belief; maybe just maybe, these boys wondered a little too much and wandered a little too far. After all, Peter only warmed up to the darling Darlings’ window sill because Wendy told such beguiling tales, did he not? Or was he a thief who thieved them? And so, I grewcuriouser and curiouser. Brom deliberately induces his readers to indulge in“The Little White Bird” (Peter Pan’s first appearance), where, as an infant, he left his own nursery to play with the fascinating fairies of the park, but uponhis return, found the windows sealed shut and his mother nursing another babyboy. Rejected, Peter returned to the fairy folk and with the thought thingsmight be a bit more fun if he had a friend, and without the worry of necessities, he simply stole those that trapped his interest. But Brom promptsthe possibility of what happens to them then with, “the older the better, preferably a child of thirteen or fourteen, for older children were stronger, had better stamina, tended to stay alive longer.”

The book balances a subsequently steady story between both the Child Thief and the children he thieves. We are able to delve deeper into both sides of the story. The crucial character in such a story isfourteen-year-old Nick, the protagonist, (yes protagonist, Peter, in this story is anything but) who would have been murdered by a notorious band of drug dealers if it hadn’t been for the puckish prankster, Peter. The twisted themes The Child Thief touches on are truly tragic, and in no way, meant for the ears of children. Though, for us adults, it paints a not-so-perfect picture of Peter and the wide world, thus, bending our believability to something a bit more sensible, realistic and for some…relatable.

Peter, doing what he does best, offers up a promising solution to the troubled teen, Avalon, an island with tempting treasures,wonderful wonders and all the adventure that can be asked for. Nick, believing the whimsical boy batty with his illusive imagination, agrees to go willingly. After all, what more could he possibly lose? A common question of little concern amongst all the children the thief ‘thieves’, though there is alwayssomething left to lose.

And from here forward, we see just how fiendish the overlyfriendly faerie boy can be. There’s a catch to joining his crew called the  Devils, you see, beyond the seduction of a safe haven, beyond the adventures and allure, there are things that nightmares are made of. There is a war raging on, between the fairy folk fiends and their old found foe, the flesh-eaters,Puritan pirates who want a way off the land they believe to be purgatory. Peter’s daring Devils, fast and fleet of foot, are the only ones unwittinglywilling to bring the endlessly long battle to an end…even if the cost claims their life. This cues Nick’s conscience (the only human character who still holds onto his humanity), looking back on all he has left to lose with the wonder of, was it all worth it? To Peter, this is all, only ever, but a game to be played.

Sure to steal your stare, The Child Thief, will surely thieve your intrigue and leave you jaw-dropped and wide-eyed, marveling at the nightmarish magic Peter promises you.

He glanced up at the stars and awicked smile lit his face. ‘Time to play,’ he whispered to them and winked. And the stars winked back, for Peter’s smile is a most contagious thing.