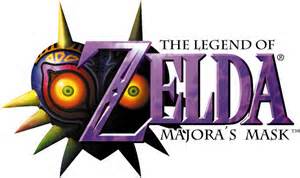 Back in 2011, Nintendo revisited the 1998 classic, The Legend of Zelda: Ocarina of Time, and re-released on the then new 3DS. This was later followed by speculations and fan-demands to release Ocarina’s sequel, Majora’s Mask. Four years later, Nintendo has listened to its fans and re-released the fan favorite title, launching along side it’s new 3DS system.

Now, the question remains is that if Majora’s Mask holds up or not. Thankfully, Majora’s Mask has aged quite well and makes for one of the franchise best and most unique entries.

While on a search for a friend, Link is ambushed by the eerie Skull Kid, who then steals his steed, Epona, his Ocarina, and even turns him into a small creature called a Deku Scrub. Now, making an uneasy alliance with a former Ally of the Skull Kid, Tahl, Link is able to return to normal, but must stop the Skull Kid who, with the power of the evil Majora’s Mask, is pulling the moon down on the land of Termina.

The catch? Link has to do it within three days. It’s probably the most straightforward of the Zelda stories, but it’s the interpersonal stories of the various characters you meet that truly make the world of Termina so interesting. From a fiancé who’s been turned into a kid and can’t face his soon to be wife, to the ghost of beloved figures, the inhabitances of Termina are people you’ll generally care about.

While Majora’s Mask keeps the basics of the gameplay the series is known for, exploring towns and dungeons to fight powerful bosses, the biggest addition comes in the form of the various masks Link can collect. Three of which transform Link into different species. There’s Deku Scrub, which let’s Link shoot energy bubbles and shoot out of flowers to glide, Goran Link is an absolute brute and can curl up into a ball, like Sonic the Hedgehog, and Zora Link can swim fast and dive under water.

Thankfully, all the dungeons explore make great use of all these characters abilities, like the Great Bay Temple and its use of Zora Link’s swimming abilities and boomerang like side arm blades. Even better, the boss battles have gotten a complete over-hall, making them much different and more manageable than they were back on the N64. Despite their only being four of them, they’re still some of the most complex and interesting Dungeons in Zelda history. However, there still are only four dungeons, making this one of Link’s shorter adventures, but Majora’s Mask makes up for this in the amount of side activities to do. From helping a girl protect her farm house from spirits, to helping a child get her father back to normal, each side mission is varied and carries meaning from each person you meet and help.

Link also has his trusty Ocarina by his side, that allows Link to move forward and back through time, which can be seen as a both a blessing and a curse. It helps from a gameplay standpoint, allowing you to re-do events that you’ve missed or failed, and even slows down time to make things more manageable. It’s curse as all you good deeds that you’ve done are practically erased, when you go back in time (thought the rewards you get are permanently obtained and won’t be loss). It gives a grim tone to the game, which hasn’t been seen helps give you a reason to help save this world.

The 3DS version also includes improvements, such as a notebook that keeps track of your side objectives, improve controls and saving from the N64 original, and a complete graphical overhaul to the graphics. Textures have been greatly improved, character models look more three dimensional, and the lighting and coloring has been updated. This is a great looking game and makes puts the old game to shame. It truly makes Majora’s Mask feel like a new game, rather than one released 15 years ago.

Majora’s Mask might not be a perfect game, for is lack of dungeons and new changes might not please hardcore fans of the original, but it’s still a remarkable piece of history that’s been perfectly updated for modern times. It’s a must have for fans and first time players. Hopefully, this won’t become a super-rare game that’s $80 on Amazon.