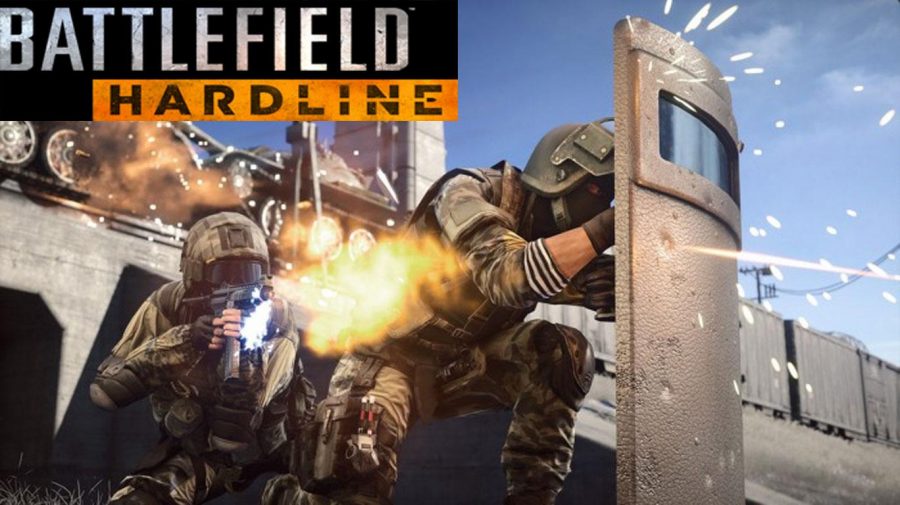 After the disaster that was Battlefeild 4’s server issues, Electronic Arts has decided to take a page from its competitor, Activision, and allow another studio take the series in a different direction. While Battlefield developer, D.I.C.E, still has a hand working on the title, Dead Space developer, Visceral Games, are in-charged of Battlefield Hardline. With the series reputation on the edge and the war on terror replaced with the War on Crime, Visceral and D.I.C.E have mange to create something new and special, even if some Battlefield purists will cry fowl form this new direction.

If you know anything about Battlefield, you’ll know that the series biggest focus has always been it’s impeccable multiplayer. Hardline is no different, and still contains the same open-ended vehicular-based action, with the some new game modes that don’t just perfectly fit the cops and robbers angle, but also feels perfect for Battlefield. Returning fans will welcome the return of Conquest mode, that has you tasked to control of certain points to win, but it’s the new modes that are the real stars of the show.

Heists has a team of criminals stealing money from bank vaults and armed trucks, while the cops have to stop them. It can get too chaotic at times, but it’s still a tense and strategic mode that really has you needing to work with your teammates to defend and take your objective, even if it can feel at times that it favors cops, seeing that you have a limited number of times the criminals can die. Hotwire, a personal favorite, plays much like Conquest mode from past games, but rather holding an area, you have to take control of specific cars and continue to drive to control them. It’s fast paced, chaotic, and all-around just fun.

Blood Money has both teams stealing cash from one stash, with the twist being that you can also steal from you opponents, making another great mode. The last two, Rescue and Crosshair, has you either rescuing or defending NPCs, with teams of five and one life per-round, that requires team work communication with others, making a perfect fit for e-sports. While the destructive action has been toned down, it makes for a much faster and more entertaining Battlefield.

Meanwhile, the Single-Player has the distinction of being the first Single-Player in Battlefield history to not suck. Structured as an episodic television series, you play a new Detective Nick Mendoza, as you follow a drug supply chain from the streets of Miami to the source, with corruption and power coming from both sides of the law. The over-arching stories are cheesy and predictable, but enjoyable in that U.S original television way. This in part to fantastic voice acting and amazing animation, as well has solid writing and believable characters.

The single-player has you engaging in large environments and the option to go guns blazing or stealth it out. The quieter option has holding enemies up by flashing you badge and arresting them. It makes playing stealth easy and pretty silly, but it’s actually amusing to see criminals not moving and wait for you to take them out. The single player might jump the shark in it’s second half, but it’s still the most enjoyable to be had in the series, especially when compared to BF 3 and 4. The only real complaint is when in-game cut scenes and gameplay switch frame rate. While the gameplay runs at 60 FPS, in-game cut scenes run at 30 FPS, making for a jarring change.

While purest will cry fowl for it’s much faster, guns blazing approach to action, Hardlines new ideas mostly payoff. The multiplayer is still some of the best in the business and the single player is a huge step from past entries, leading to the most entertaining game in the series to date.