American Sniper: The Truth Behind ‘The Legend’ 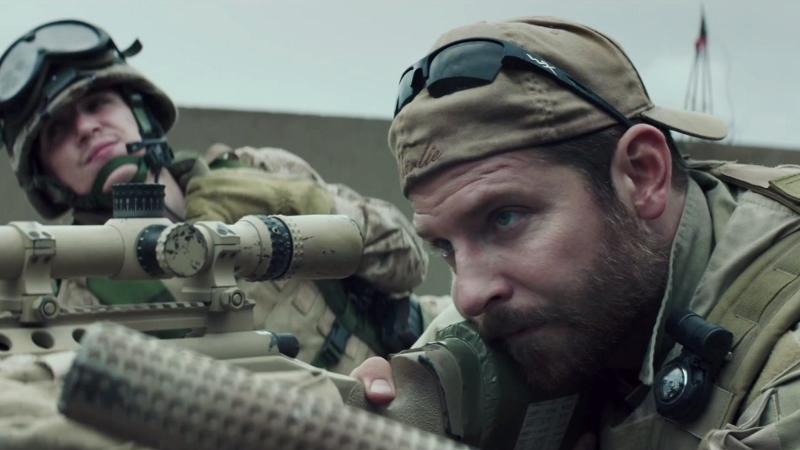 Over the past few weeks, box offices around the world have been booming with sales due to the release of American Sniper late in 2014.

While the film is riveting, thrilling, and at times heart wrenching, it is also exaggerated and misleading.

The film captures the life of Navy SEAL Chris Kyle as it was initially told in the book American Sniper: The Autobiography of the Most Lethal Sniper in U.S. Military History written by Kyle himself, along with authors Scott McEwen and Jim DeFelice, and was published in 2012.

Kyle has been declared and celebrated as the most lethal marksman in U.S. military history. He claims over 250 kills, 160 of which were “officially” verified by the Department of Defense over his four tours overseas—even though no such record exists. While Kyle’s courage and dedication to his country are nothing short of admirable, his legacy, as depicted in the film, is controversial. Whether people praise his actions or condemn them, it is definite that Hollywood has falsified and raised questions about the truth behind the story of his nickname,  “The Legend.”

The film begins with Kyle gazing down the barrel of his sniper. The camera does a nice job of showing the audience what is seen through his scope, not only in this instance, but throughout the entire film. Despite only being about one minute into the film, the opening sequence is cringe-worthy as the point-of-view camera illustrates a scope zoomed in on a mother and son armed with a RKG grenade. As the sound of a shot being fired sends a jolt through the bones of the audience, the camera cuts and flashbacks to Kyle’s childhood as he is seen hunting with his father, who is the first to acknowledge his shooting skills. The opening scene is well crafted, compelling, and is a great adaptation of flashback.

When director Clint Eastwood and producer/actor Bradley Cooper decided to make a film about the acclaimed SEAL, they had one goal in mind: keep it historically accurate. Their decision to make the film was decided before the death of Kyle, which inevitably threw them a curveball. Despite Taya Kyle’s  approval, (Chris’ wife, portrayed by Sienna Miller), of the film’s accuracy, there are distinct moments that are simply farfetched and fabricated.

As the film progresses, Kyle’s pre-war lifestyle is shown as he and his brother take part in cowboy life, an accurate depiction. He is then seen watching television with his brother after catching his girlfriend with another man and kicking them both out. On the T.V. is a scene of the 1998 American Embassy bombing. It is implied that this was Kyle’s motive to join the military while in reality, it wasn’t.

Kyle was destined for the military. He initially applied in 1996 and was denied, but was later accepted in 1998. He was 24 years old, not 30 years old as described in the film.

The film does an effective and successful job with the backfill of Kyle’s life however—enrollment, meeting and marrying his wife, and being deployed-leading back to the opening scene.

The scene continues with the unveiling of the bomb from beneath the mother’s tunic; she is shot. Upon her death, the young boy picks up the grenade and begins running toward the U.S. convoy and is also shot. This scene, although it epitomizes drama, is not true. Kyle never claimed to kill a child and only killed one woman in his four tours. The truth of this story is told in a later scene in the movie when Kyle ultimately resists firing at a young boy.

Another issue with this film is of the pursued “Butcher,” the character which Kyle and his crew attempt to locate throughout most of the film. In reality, there was no enemy known as “The Butcher.” The character is thought to be inspired by Iraqi extremist Abu Deraa, yet the only similarity between the real and fictional character is the liking of a power drill as a weapon. Also, the other main enemy, Mustafa, though based on a real person, had little to do with Kyle in real life. Kyle never killed the infamous sniper or even encountered him. Kyle’s unfathomable shot of 2,100 yards is true, yet it did not transpire as seen on screen—which happened to be the climax of the film. Although these villains were fabricated, they were necessary in the film to cover flaws in the movie and the true story’s weak themes.

For critics who claim this movie is about Chris Kyle’s strong relationship with his family, they are simply wrong. A more accurate motif would be of Kyle fleeing his family to rejoin the war.

Critics who stress the theme of recovering Post Traumatic Stress Disorder patients are also wrong. Kyle is seen enduring the emotional consequences of war in only a couple scenes—one being a family barbeque in which he is watching T.V. as the sounds of blaring machine guns pierce the ears of the audience. The camera rotates around Kyle in a 360 degree motion, and the T.V. is seen last, and is off demonstrating that Kyle is indeed disturbed. The crafty cinematography, however, is devalued by the next scene in which Kyle’s PTSD is cured.

Other scenes were not as masterfully executed and rather obvious, such as the power drill heard at the auto body shop, or the scene of his driving home from a friend’s funeral, both of which trigger a sensibility deep within the psyche of the perceived macho man.

Despite historical fallacies, this film is good, but not great. It has flaws and is superficial. American Sniper is arguably one of Eastwood’s better films and is unquestionably Cooper’s best on-screen performance, and piece of work as a producer. The financial success is undeniable, yet it is hard to decipher what makes this film good.

At times, the film makes the audience cringe because children are at the end of a sniper’s scope, and because it falls under the scope of every wartime movie cliché. The scenes with the young children offer the audience a cheap thrill—one of the scenes is featured in one of the film’s trailer, enticing people to go see the movie to see what happens.

Do the children in the sniper scope make the movie better? Without a doubt.

The film concludes with Kyle at home playing with his wife and children before leaving for the shooting range, a place he took other soldiers recovering from PTSD. Upon leaving the house, Taya tentatively closes the door as and uncertain expression seizes her face.

The movie excludes the murder of Chris Kyle, since it is unclear as to what really happened that day.

The audacity Kyle possessed to do what he believed in and fight for his country is nothing short of admirable and inspirational. Kyle is simply a natural born killer, that’s what he excelled at since he was a young boy. He is a hero, nothing more and nothing less. Whether he was fighting overseas or helping veterans at home, he dedicated his life to his country.

This film unfortunately presents some subtle untruths added to the plot, and they contribute to the telling of Kyle’s story, yet stray from the truth behind his legendary life.