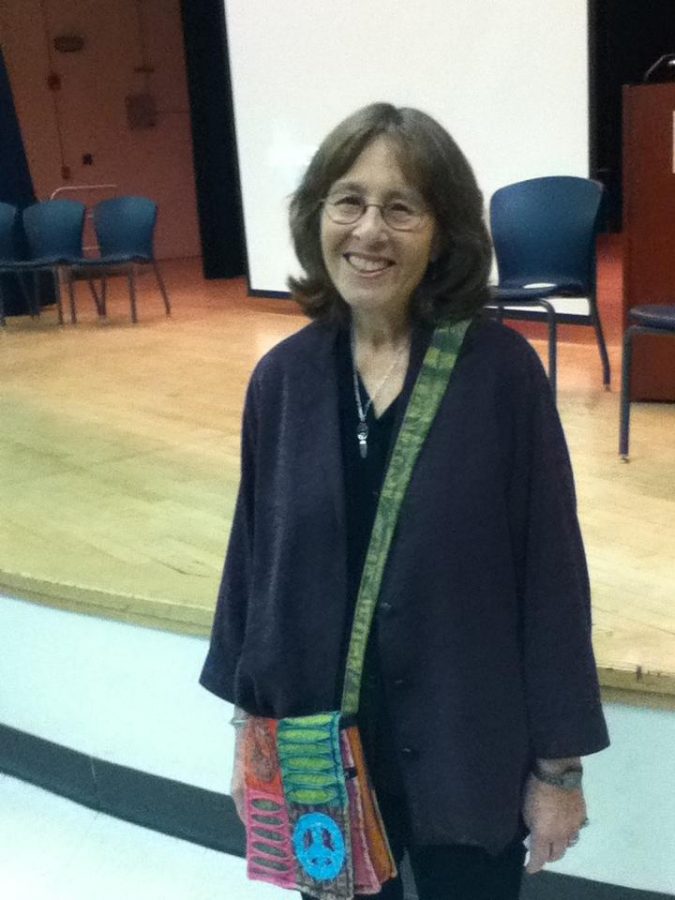 Fifty years ago, three civil rights workers were brutally murdered in Neshoba County, Mississippi, where they were registering African-Americans to vote while investigating the burning of a church. It would take almost 40 years until their killers were called to face justice.

This is where Micki Dickoff’s documentary, Neshoba: The Price of Freedom, begins.

Dickoff introduced the film, and then spoke with students for an hour about the making of and the reasons behind the film. She explained that at 17, when the murders took place, she was deeply moved by the willingness of others to die for what they felt was right. It seemed a natural fit when she was approached by the family members of James Chaney, Andrew Goodman and Michael Schwerner about making a film.

When they began filming in 2004, the documentary was focused on a multi-racial group of individuals called the Philadelphia Collation. The Collation was calling for the 40 year-old case to be reopened.  The film then evolved when the mastermind behind the murders, Edgar Ray Killen, an 80 year-old Baptist preacher and unrepentant racist, was indicted in 2005.

Dickoff shared stories of filming focusing on the five months she spent talking to and filming Killen, shom she said, “would announce his innocence from one side of his mouth and then spew hate with the other.” She and her two man crew broke Killen’s 40 year silence about the case with their all-access (only) interviews. She spoke with former members of the KKK, people who supported the reopening of the case, and others in between, in Neshoba.

“We had guns pulled on us three times,” she told students about how their perceived intrusion was received.

The Mississippi White Knights Of The Klu Klux Klan feared a “northern invasion” and a voter registration implosion, and membership totaled over 10,000 white males.  They learned of a speech given Memorial Day weekend by the three victims, in which they stated their intentions to create a Freedom School to education young and poverty stricken black children. It is believed the group set fire to a Mount Zion church and beat some of its members to create the trio’s attention. On June 21, the three men went to Neshoba to investigate and were never seen again. The story goes that the men were followed by several police vehicles throughout the county. Several men suspected in the murder (aside from being members of the White Knights) were police officers and World War I and World War II decorated veterans. In the book about the incident, Rock Cut Road,  Alton Roberts, 26, and a former Marine, and James Jordan, 38, shot the men execution-style at point blank range after the group was forced off Rt. 19 on to Rock Cut Road. The bodies were buried in a dam, as one of the conspirators was a bulldozer operator and covered up the bodies.

FBI Director J. Edgar Hoover, pressured by President Lyndon B. Johnson, ordered an immediate invesitgiation. The story gained national attention, and by December of 1964, 21 men were arrested by the FBI. Some men were acquited (including Killen) and Country Sheriff Lawrence Rainey. No man served more than six years in prison.

Neshoba paints a frightening picture of not only America’s past as a nation, but it also shows that despite the progress made as a nation, America hasn’t changed much at all. The killers bragged about their misdeeds and openly flaunted their action without fear of reprisal, and most can guarantee that in his jail cell Edgar Ray Killen, still believes himself to be a hero for his actions all those years ago.

It took 40 years for people to come together and demand that justice be done and for Mississippi to elect an attorney general who wasn’t afraid to not only put Killen on trial, but all of Mississippi, on trial as well. The members of the Philadelphia Collation received death threats but they refused to let Neshoba and Philadelphia continue to suffer under the oppressive weight of the knowledge that they stood by and did nothing while these men were allowed to walk free and continue to spread their hate.

The most haunting moment of the film was the end of the film where Dickoff included the names of 103 others who went “missing” during that time, most of whom were African-American. Dickoff explained these were the names she could confirm, but there were likely many more. Students sat in stunned silence when she opened the crowd to questions until one student simply told her thank you.

It is true we should thank her for bringing this film to Mercy and for talking with us but also for telling this important story that needed to be heard. Chaney, Goodman and Schwerner shouldn’t be forgotten. These young men, all under the age of 25, were executed for daring to right a wrong.

Aside from her inspiring film, Dickoff is an inspiration in her own right, as she urged students to continue to fight for what they believe in and not to let injustice stand. When asked what makes a good documentary, she said, “If you can touch a heart, you can change a mind.”