Give It Your All or Nothing At All? 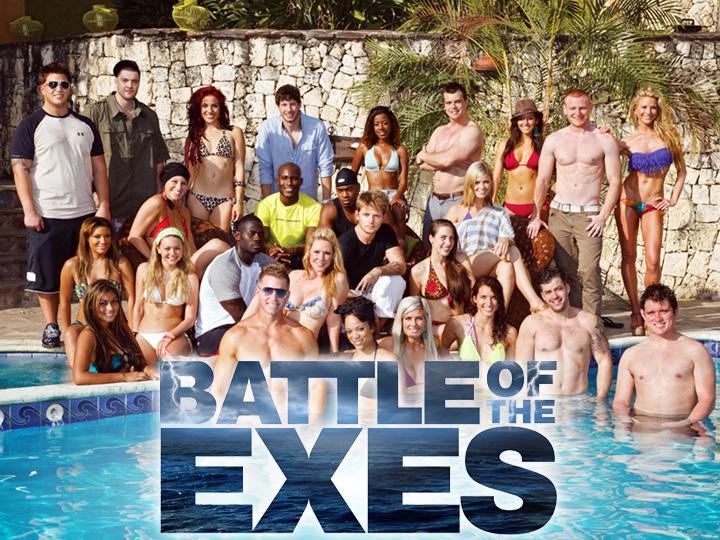 I must admit, although MTV has several raunchy and unappealing shows, to me at least, their competition shows, Real World and Road Rules, have always held my attention.

Well maybe not the Real World aspect, quite frankly, they remind me of the Jersey Shore, and come to think of it, I don’t think there’s been a new Road Rules season in quite some time, but when both shows are combined and the competitors go head-to-head for money, I sit back on my couch and watch the drama unfold.

My resent interest has been held by the newest addition to the competitive shows, The Challenge: Battle of the Exes.

At the name alone, I was excited, but once I realized that couples would be chosen from the past, like several years ago, as well as the present, I was ecstatic to see what would take place.

As the name suggests, former cast members from The Real World, Road Rules, Fresh Meat, Fresh Meat II and the Speak Break Challenge, who at some point were fond of each other, until things took a turn for the worst, were forced to be joined together once again with the common goal of earning up to $75,000. 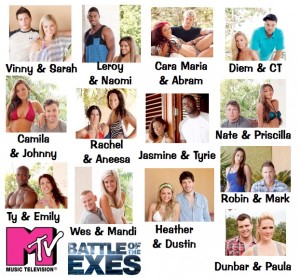 Along the way to the finale, however, there were challenges in which the couples would compete against one another, trying to
complete tasks quicker than their competitors in order to be named that challenge’s “Power Couple.” The team that came in last place would be sent into the dome to face any team chosen by the Power Couple.

The Dome was where all the elimination rounds took place between the last place couple and the couple chosen by the day’s Power Couple. In the Dome, one of four different games took place: X Knocks The Spot – the players stood on a platform, across from their partners, in the shape of an “X” and had to jump over and duck under swinging bars, whichever team had both players fall of their platforms lost, X Battle – players battled one another (male vs. male, female vs. female) in an attempt to wrestle an “X” from their opponent’s hands, the best two out of three would win the event, Banded Together – teams were joined together by a rubber band rope at one pole and had to work together to make their way to a pole on the opposite side of the field and hold onto the pole for five seconds, first team to do so would win, and Hall Pass – teams had to transfer colored balls through a narrow passage which contained bails of hay on both sides, played in same-gender rounds, the first player to transfer five colored balls from one side to another would win the round, if there was a tie, a coin-flip would determine which gender would repeat the task in a sudden death round.

After all was said and done, nine couples were sent home and four remained, fighting for the three spots in the final.

During the final dome, Johnny and Camila, arguably one of the strongest couples, were sent in after finish last in the day’s challenge. CT and Diem, Power Couples for the second consecutive week, had to decide whether to throw Ty and Emily, who had already faced three domes and came out victorious, or Mark and Robin, who were never in jeopardy of being placed in the dome due to their alliance with Johnny and Camila.

Robin, one of the eldest, along with Mark, competitors on the show, went along with the notion that because she left her son Ethan home in order to be on the show that she saw no reason to be placed in the dome so late in the game. Basically believing that she skate by and let everyone else fight it out.

I personally don’t agree with that. I believe that regardless of who you are, you should prove yourself worthy. The money isn’t handed to competitors, it has to be earned and crying that you have a son at home, doesn’t prove anything.

At the end of the day, CT and Diem had the same mentality and threw Mark and Robin in the dome, where Johnny and Camilia in “X” Battle defeated them.

I did feel bad that Robin spent all that time away from her son only to come out empty handed, but the games aren’t a charity chase and neither is life.

The strong survive while the weak falter.