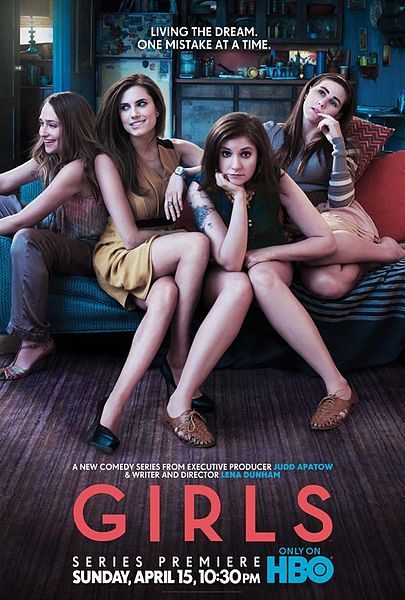 Girls is an HBO American television series that began to premiere on April 15, 2012. Created by and starring Lena Dunham, Girls is a comedy-drama about a small group of girls in their twenties living in New York City. The show was inspired by some of Dunham’s real-life experiences. HBO began its new season of Girls on January 25th 2013; it will consist of 12 episodes.

Aspiring writer, Hannah gets shocking news from her parents when they tell her that she no longer will be financially supported by her parents since they have done so since she has graduated college, 2 years ago. Left on her own after her best friend and former roommate moves out in Green Point, Brooklyn she goes through her twenties making “one mistake at a time” with her close circle of girls: Marnie Michaels, Jessa Johansson and Shoshanna Shapiro and her lover Adam Sackler. This show premieres every Sunday at 9:00 pm on HBO.