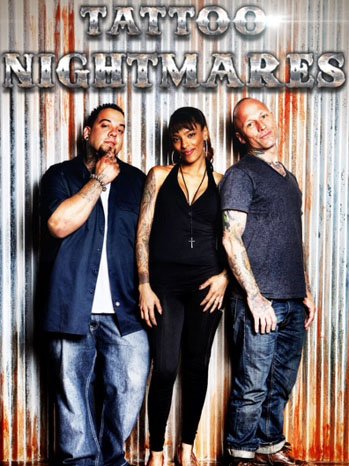 “Tattoo Nightmares” is a reality television show starring former Yonkers resident Jasmine Rodriguez. The show follows  Rodriguez and her colleagues as they work in a tattoo parlor that specializes in covering up bad tattoos. The show airs on Spike TV and has recently been renewed for a second season. In honor of the TV Show, I’ve compiled some of the most entertaining tattoos from around the web.  A tattoo is like a contract in which the ink binds you permanently, sign the contract and you could end up regretting it for the rest of your life. Although tattoos are considered mainstream and personal, there remains to be a stigma associated with bad ink. 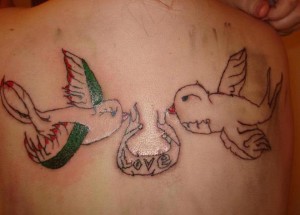 This one is very clever albeit ridiculous. 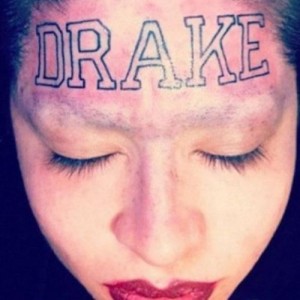 “Tattoo my name so I know it’s real” said Drake.. Well the tattoo is definitely real. I’m not a licensed therapist but I’d say her mental illness is real too. 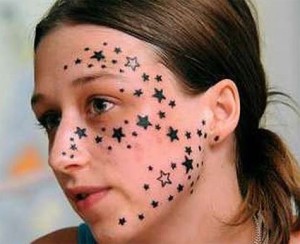 There is a lot of controversy behind this tattoo. The young woman in the picture first claimed she tattoo was done against her will while she was asleep. Turns out she wanted the tattoo and when her parents found out she made up a story and got a man deported. I’d say I was surprised but her first mistake was actually wanting 57 stars on her face.

5. Rainbow Nazi Unicorn in the Clouds under a White Power Banner tattoo. 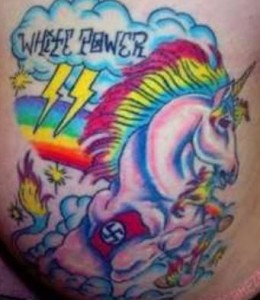 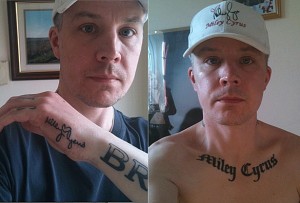 Pretty sure Miley Cyrus should get a restraining order against this man. ASAP

3. In Soviet Russia, Tattoo Wears You! 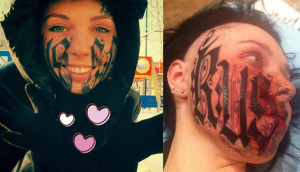 After first date with infamous tattoo artist Rouslan Toumaniantz (same guy who did the 56 stars), this young lady decided to get his name tattooed on her face. Her FACE. 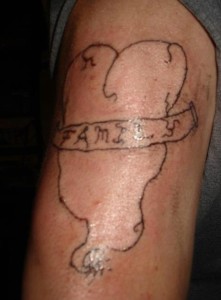 After staring at this tattoo for a few minutes, I’m guessing this guy hates his family. 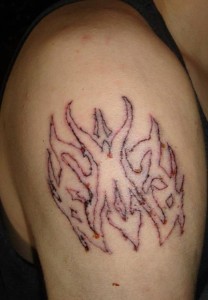 What am I even looking at?