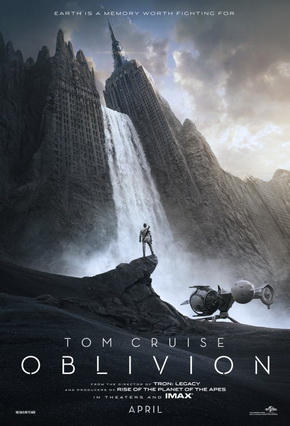 Tom Cruise’s latest action flick takes place in a post apocalyptic world after an alien race war has destroyed earth. Cruise plays a drone repairman stationed on earth  60 years after the war.  The movie, like most movies made within the last 5 years is based off another medium. This time the movie came from a graphic novel by Joseph Kosinski published by Radical Comics. Kosinski acts as director and co-producer on the film so fans of the novel will most likely be happy with the film depiction being as close to the novel as possible. The golden voiced Morgan Freeman also stars in the film as, resistance leader Malcom Beech.  “Oblivion” is sure to have plenty spacecraft chases and explosions to satisfy action fans.