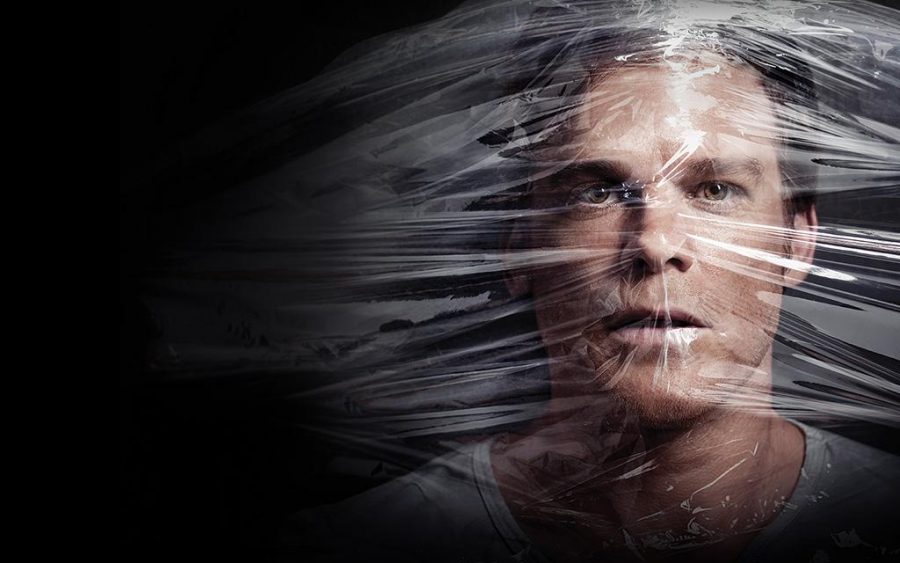 Eight seasons. 96 episodes spanning over eight years. And Dexter is over.

Over the last eight seasons, Dexter has peaked and dipped numerous times, but in the later seasons many people have thought that the decline of Dexter was taking place, whether that be describing Dexter as a serial killer or the writing, is open to debate and interpretation. I believe that the writers of the eighth season did everything they could in such a short period of time to get a complete story and wrap up a long and tedious plot to end one of Showtime’s most popular shows. 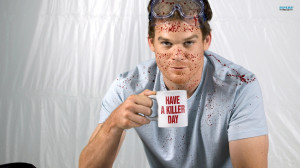 The series finale was interesting on a few levels and could have been much worse, but I believe it finished in a very true Dexter style.

American shows can never leave something done and dusted on the shelf and say “We are happy we made this, it was good whilst it lasted but now it’s time to move on,” they always go with the more open ended style of “well, we may as well leave it on a sort of cliff hanger just in case figures go down and we need a spin off.” This is what annoyed me with the last few seasons of Dexter, we never got a definitive answer to what was actually going to happen to Dexter in the end, was he going to die? Was he going to get caught or was he going to live happily ever after with his killer girlfriend traveling around South America?

This is all I could think about after the end of season 5 and when Lumin finally got her closure, would Dexter ever feel the same way? I think in a way the final episode was a way to tie up all the loose ends and to leave the season with no questions asked, but the writers are never satisfied with leaving the viewer 100 percent happy, they need to be talked about and to have a certain controversy about their work, well this is how I would write anyway.

Steffan Allsup, 22, has been a fan of the show ever since it first aired in 2005. He said “ I didn’t like the ending. I thought that it could have more action packed and given us an exciting finale rather than just filling up all the gaps.”

Lesley Davies, 61, said that she was happy how they finished on a cliff hanger.

“I liked all the questions that they left unanswered. I think it gives us the opportunity to finish it all and tie up the loose ends ourselves. Season 8 wasn’t exactly the best season of them all but I was on the edge of my seat for the majority so I can’t complain.”

Dexter ending Deb’s life was always going to happen. This was evident when she tried to kill herself and Dexter at the start of season eight, everything had to go full circle which is what happened in the final episode (I really liked the final touch that the character even decided to wear his kill t-shirt). Dexter was responsible for leaving Saxon alive thus giving the opportunity to escape and inflict a gunshot wound on Deb that would that eventually lead to her having a stroke and being in a coma unable to breathe and eat on her own for the rest of her life. This isn’t Deb, and Dexter knew this, and he also knew what he had to do to make things right. Dexter was somehow able to take her off life support, wheel her out of the hospital, and put her in a boat during hurricane conditions because you can do that in TV shows I guess but it’s not as though Dexter had to admit any substantive wrongdoing to anyone other than her lifeless body, and to himself, In fact, Deb actually absolved him of any wrongdoing, repeatedly.

I liked the small side stories throughout season eight, Missouka finally had a woman in his life to help him become a well-rounded human being albeit it was his daughter, but it was an honest relationship and was a great way to end his story. I felt that the way that Harry left Dexter was emotional and on a subliminal level foreshadowed what was going to happen in the next few hours of Dexter’s life. He felt that he wasn’t needed anymore because Dexter was feeling a much greater need in his life rather than killing, which is what Harry always wanted. I didn’t like the fact that Hannah herself never went out of her way to disguise herself nor the fact the Harrison never once mentioned her to Jayme or any other major character in the show, but then again I guess this all can happen in the suspended reality of American television. Many people at home will be screaming and raving about the fact that Dexter knowingly left his child with a known killer and wanted fugitive, however, I believe that Dexter knew that Hannah only killed in self defence and believed that she could protect Harrison from any form of danger.

The ending itself was decided a long time ago, or at least the form of it and how it would take place. The writers wanted Dexter to come to terms with everything and make him realise that his lack of real human emotion has caused him to lose or cause harm to everyone he loves. Dexter might suffer, but it’s always temporary, and he’ll never pay with his life. Others will, and he can spout off about consequences, but he still gets to survive so why should he kill himself? That tells us all we need to know about how the writers view the character, and what they think he deserves. It’s almost as if in faking his own death he can start again, he has to isolate himself from human contact and the lumberjack business is a perfect way of living an isolated life. He can start again with a new code of avoiding building connections with people so he can’t hurt himself or the people around him. 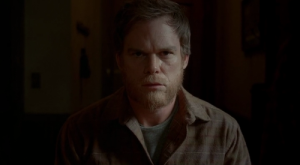 Season Eight was the final nail in the coffin for the writers and I think that they found it very hard to top what I think was one of the best seasons of the series, season 7. Ukrainian mob boss Isaak had a clever story arc which had intense character development and breadcrumbs that LaGuerta was following to finally get the closure she wanted on Sergeant Doakes led to a great storyline and was pivotal towards the final story of Dexter Morgan. The best season by far has to be the Trinity Killer, John Lithgow, gave an Emmy winning performance which led to one of the biggest plot twists right at the end of the season and gave Dexter fans a whole 9 months to think about how the story would continue.

So overall, although Dexter was one of my favourite shows on television but I don’t think that it will be remembered as a great show. The entire success of the show was down to the eight year impeccable performance by Micheal C. Hall in maintaining a great character with a deep psyche. He made Dexter and without him I’m sure it wouldn’t have even made it past the pilot. Will there ever be any spin offs? Well, the writers are saying no, but if anything does ever happen then it won’t be including any of the original cast, so I guess the dark passenger has left and we’ll never see anyone bleed to death on Dexter’s table again.