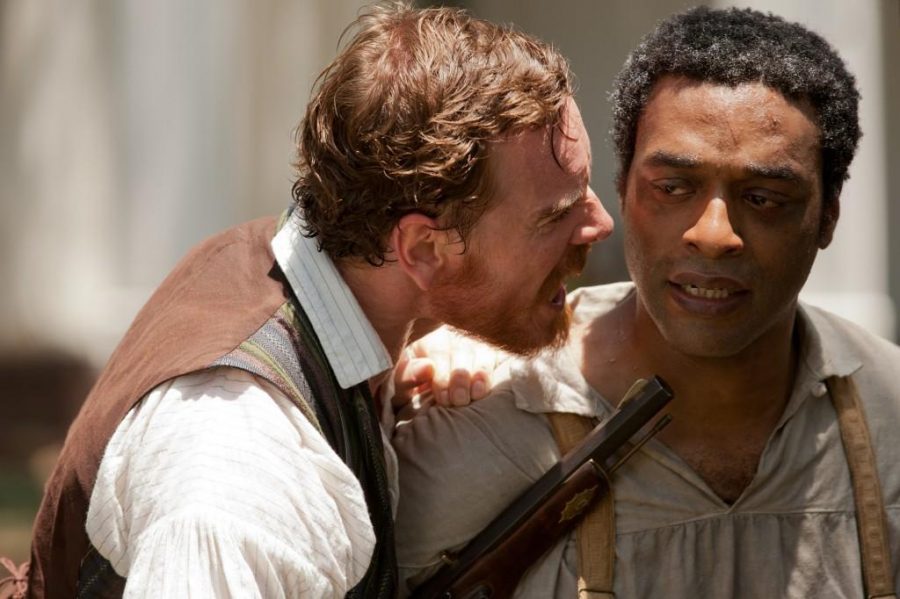 12 Years a Slave is that type of film that entices every kind of movie goer, even an action hound such as myself. The rave reviews and the Oscar buzz were more than enough to set my ears aflame and my curiosity peaked. Of course, I have been let down by such hype before, and almost all of the time, I walk away bored out of my mind. But not this time. This time, the buzz and the hype were appropriate, and though I myself was not as mesmerized as the rest of the world, I still found that I was engaged in this film that I feel I was lucky enough to see.

The story is both engaging and horrifying at the same time. The story follows Solomon Northup, a free man living in Saratoga Springs who is captured and sold in the south as a slave. The film follows him through his 12 years of slavery starting with the benevolent slave owner Ford to the sadistic zealot Edwin Epps. The story is interesting being that it is narrated by Solomon without actually having him say anything. There are many conflicts that Solomon must endure and overcome, but there are many more moments where we stand side-by-side with Solomon and watch on as other atrocities and wretched acts are committed. The story goes very deeply into the subject of slavery, and not in a way that speaks down to us saying “slavery is bad,” but rather going into disturbing and gory detail of the inhumane treatment and dehumanization of the slaves. Many people say that this film is agonizing to watch (I found myself being able to sit through it just fine.) I am more desensitized by violence and gore, however I was still affected. Many a time, I noticed that my jaw hung opened in shock without my knowing, and even a few times I winced in surprise. Due to it’s graphic detail, the film can be horrifying and uncomfortable, but for good reason. If it had relented in anyway, its message could have been lost.

My only problem with the story concerns a character named Patsy. Now everything is going very well for the movie before Patsy comes in: I found myself to be engaged in the story and the film was successfully affecting me, but the film hits a snag with Patsy. She has her own little subplot where we see her tormented and abused by Epps and his wife, and though it does add to the horror and makes Patsy a sympathetic  character, I felt that it also took away from the film. This story isn’t about Patsy and her horrors, it’s about Solomon, and when the film deviates from it’s true purpose, I found that I started to become disinterested. It’s only when focus finally returns to Solomon that things pick up again.  Patsy’s subplot is one that could have been drastically shortened.

Acting for 12 Years a Slave is strong from a majority of the cast.

Chiwetel Ejiofor gives a strong performance as Solomon, giving a moving performance in his stronger scenes while displaying the pain and horror his character must endure vividly.

Benedict Cumberbatch and Michael Fassbender both give good performances, however I feel they were miscast. I greatly despise it when British actors, especially really good ones, have to adopt an American accent. By doing so it usually takes their acting abilities down, and here its business as usual. Despite good performances I found myself forgetting Cumberbatch’s performance (also due to the fact that he had a short appearance.) Shame, his character was really interesting too) and the only time Fassbender was memorable was when he had to act outrageously over the top. The only other memorable thing about Fassbender was the monstrous and sadistic nature of his cruel character. By comparison, Paul Giamatti gave a more memorable performance, and he was only in the film for five minutes and was barely recognizable.

Brad Pitt, despite also having a short appearance, still managed to be strong and memorable. What makes him so memorable is his accent (sounding very reminiscent of Aldo Rainne) and the kind, sympathetic nature of his character; one I would have loved to have seen developed further had not so much attention been on Patsy.

Final Thoughts: Despite lagging for some time later on and two disappointing performances, 12 Years A Slave is still one of the better films I’ve seen all year. The film is ripe with visual symbolism that was burned into my mind. It has an engaging and horrific story and some strong performances from a good cast that tries their best. Believe me when I say that this is one film you won’t forget so easily and I urge you, if you have the opportunity to see this, seize it!