SpongeBob: Sponge Out Of Water A Crowd Pleaser 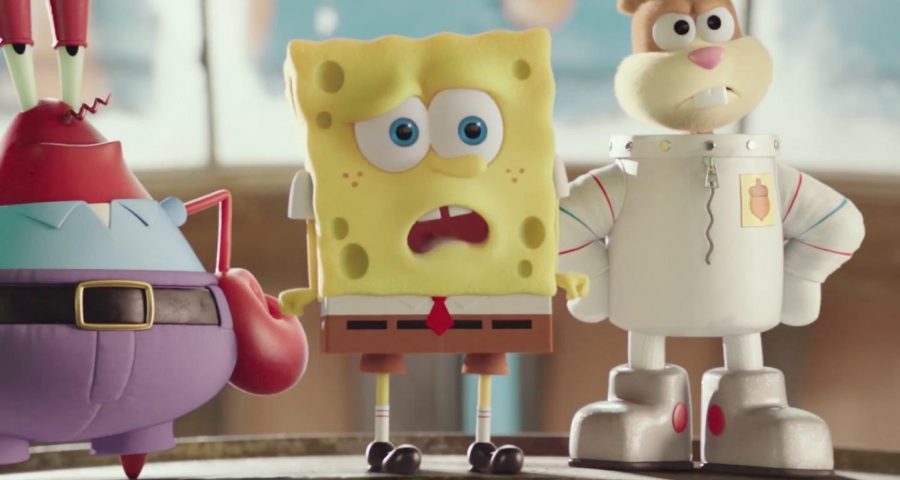 Has it really been 16 years since SpongeBob first came into existence and became a pop culture icon over night by the Nickelodeon Television network? Man, I remember watch the show all the way to my junior year in high school. Practically everyone I knew loved SpongeBob. Whether you were a kid, parent, or teenager, Spongebob was something you could escape form and not love. It’s still hard to figure out why it’s become such phenomenon, but like it or not, Spongebob is cultural icon.

Putting that all aside, I wasn’t exactly look forward to this new film, Sponge out of Water, as most of the trailers, commercials, and posters, made it look like something like Alvin and the Chipmunks or the Smurfs; those tired, cynical live-action/animated cash grab hybrids that are just there to make kids want to see the movie, forcing there parents to spend cash on it, the toys, and everything else that goes with it But surprisingly, Sponge out of Water is actually kind of special. No, it’s not going to blow you away or have some deep underlining meaning from something like How to Train Your Dragon 2 or Frozen, but it’s an enjoyable movie that kids and teens will love, and adults will get some enjoyment out of.

The plot? Well, an evil pirate cook named Burger Beard (played Antonio Banderas) manages to steal the secret krabby patty formula and sell them on land. So, SpongeBob must team up with his arch-nemesis, Plankton, to find and put a stop to Burger Beard and… some funny stuff happens. Ultimately the movie plays to the shows strengths, the over the top, fast paced antics that made show enjoyable in the first place, and never once drags thought its 90minute run time.

Admittedly, with so many jokes thrown at the audience, not everyone of them is going to stick, but it’s mostly works, and I got a few chuckles, but never once did I ever laugh out loud like I did multiple times during the Lego movie. Hell, the whole live-action segment of the film is only in the last 15-20 minutes, and even then it’s still get’s some laughs. It can even be taken as sort of a parody, mocking those cynical cash grabs, like Smurfs.

Perhaps the best thing about the movie is just how innocent it is. There are no naughty jokes, no underlining stance or even some big deep meaning. It really feels like the filmmakers just wanted to make what’s essentially just a movie length episode of the show, and give the audience a good time.

It also makes the case that audiences will see an animated film, regardless of who’s staring in it. Outside of Banderas, who’s just having fun in this role, the whole cast from the television show, Tom Kenny, Bill Fagerbakke, Rodger Bumpass, Carolyn Lawrence, and Clancy Brown (who you’ll remember from the Highlander and Shawshank Redemption) reprise there roles doing great jobs. It also shows that people still want to see 2-D animated films, which is almost a dying generation in film right now.

Sponge out of Water won’t convert those who don’t like the show, but it’s still a cute movie that kids will love and adults won’t feel like there wasting there time. I wouldn’t say to run out and see it if you don’t have kids, but if you see it at a matinée price, on a lazy day, you’ll enjoy it.