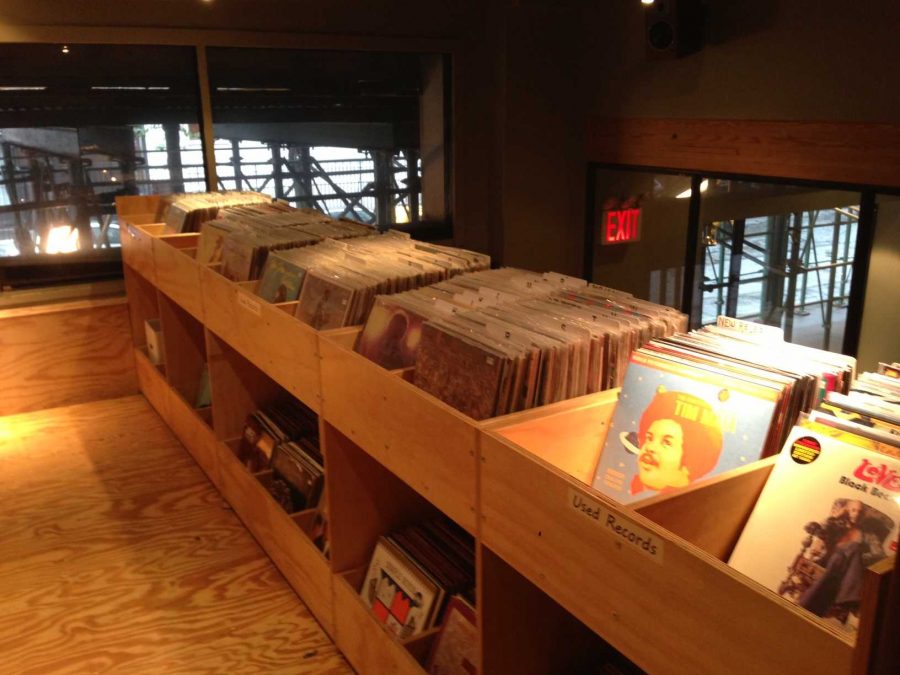 Record Store Day is a special holiday that lands on every third Saturday in April for all audiophiles, collectors, and casual listeners to gather ’round their local record shop and appreciate the fine art of vinyl. Vinyl has once again found popularity amongst younger fans of music, with its admiration shared through a variety of social media sites and forums across the Internet.

Vinyl is hailed as the best format to listen to music for its supreme sound quality over basic mp3 files and CDs. Vinyl is said to deliver a warm, less compressed sound that emphasizes on range–creating a more natural and realistic experience for the listener. As such, crate diggers looking for a smooth Jazz lead to sample or collectors who miss the brick and mordor times of yesteryear relish for the one day throughout the year where vinyl is as appreciated internationally as it is to themselves.

The upsurge of vinyl (also called vinyl revival) has given artists initiative to release more albums by vinyl, as well as offer unreleased tracks exclusively on wax for Record Store Day. Others make an appearance at local record stores to sign autographs and give away free merch. This year, record store In Living Stereo, located on 2 Great Jones Street in Manhattan, offered free cans of Pabts Blue Ribbon with live performances from local talent throughout the day.

Record Store Day was conceived in 2007 at a gathering of independent record store owners and employees as a way to celebrate and spread the word about the unique culture surrounding nearly 1400 independently owned record stores in the U.S. and thousands of similar stores internationally, according to the website. Metallica officially kicked of Record Store Day in 2008 by attending an in-store/meet-and-greet at Rasputin Music’s Mountain View store near San Francisco, California. The in-store was their first in nearly a decade and also celebrated the vinyl re-release of the band’s classic albums Kill ‘Em All and Ride The Lightning.

As the digital distribution of music rose, sales began to decline in record stores across the nation, which led owners to take matters into their own hands. The initial goal of RSD was to promote independent stores and push back against big businesses like Apple, while giving customers the intensive to buy music physically, and not just on one specific day. In the years that followed, RSD has become a mechanism for a number of markets around the country that promote local independent stores, creating a tight-knit infrastructure among radio stations, clubs, and bands.

Any fan of vinyl will tell you that there is an entire experience that the format brings to music that cannot be found anywhere else. The ritual of taking a record out of its sleeve and laying it down on a turntable, bringing the strong arm over and gently placing the needle on the record is said to be a reward in its own. The aspect of digging though dozens of crates and finding a truly great album is akin to buying a pack of baseball cards and finding Mickey Mantle. The feeling of the chase, journeying out to a store and discovering a record you really want is a part of the magic as well. It’s something that cannot be replicated digitally, and that’s one of the main appealing factors to vinyl.

Another factor that separates vinyl from an MP3 is the concept of a tangible product. The price of a record usually ranges between $17-$25, more expensive than buying a digital copy of the same album. But those few extra dollars seem to give the album more meaning because you can hold it, look at the album cover, flip it over and read the information listed. It’s not as disposable as an MP3, which can be deleted at any time. Psychically owning an album means it won’t be accidentally deleted or wiped from your hard drive. It also creates a personal affection for the albums that you love, which is treasured like a piece of art.

There is also a social aspect to Record Store Day as well. Through casual conversation with consumers and owners alike, new music can be recommended, similar interests in the same records can bring forth new friendships and gives vinyl collectors a sense of comradery, which is different than what’s found in the online community.

Whether the upsurge in vinyl be apart of a short or long-term fad remains to be seen. However, there are purists who treat vinyl and the record store culture as a way of life, and will not be fazed by such circumstances. For them its all about pristine music quality, true ownership of their most treasured tunes, and the nostalgia of a simpler time where folks could gather around and appreciate the medium in one of its most purist forms.