No, this is not a column bashing police officers - so don't get confused. 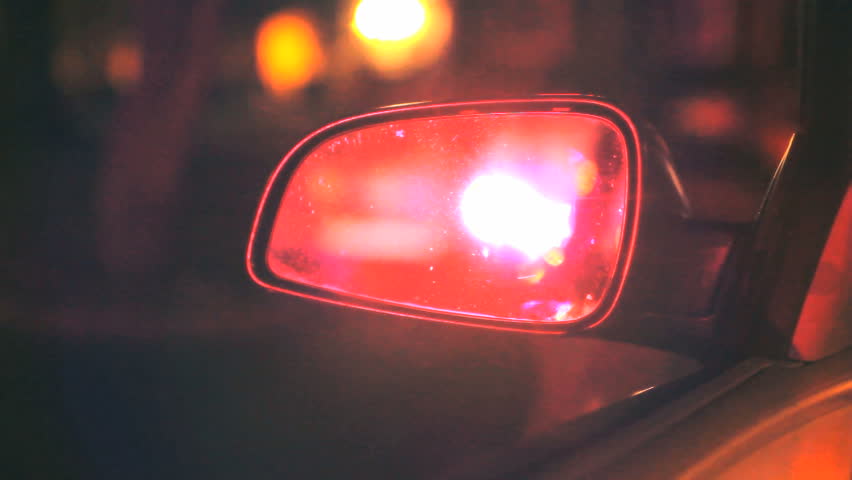 Like most 21-year-olds, sometimes I do unsafe things while driving. I don’t necessarily think it’s on purpose – I’m just a college student. I drive fast, have no patience and am always running late. And while I haven’t received many citations for my actions, I have been pulled over by the cops on multiple occasions. Some instances are more serious but others are quite comical. Here’s a good mixture of both.

My “reckless” driving all started when I was a freshman in college. While I was trying to adjust to hectic college life, I felt that I was always running late and never had enough time to eat. In between my classes I would stop at a local convenience store to get a quick snack and something to drink.

On this particular day, I bought two full sized boxes of Cheez-It (they were buy one get one half off) and an Arizona iced tea. I remember that I was starving, like haven’t eaten in two days starving. The second I left the store and got into my car, I opened the box of Cheez-It.

However, I started driving and ended up having a little trouble opening the box. With my focus fully shifted to my need for food, I was distracted. I accidentally swerved into the other lane. Luckily I wasn’t close to hitting anyone.

And without a passing second, I saw flashing lights behind me.

“I need to see your license and registration,” the cop said. Of course, I handed it politely to him.

“Do you know why I pulled you over?” he asked.

And instantly the tears started, maybe from the stress I was under or from my lack of food, but it was like a waterfall.

“I’m sorry… I’m just so hungry I can’t even think,” I explained.

After a lecture on safe driving, the officer let me off with a warning.

And he jokingly added, “this is the first time I ever pulled over someone for eating Cheez-It… I guess there’s a first for everything.”

I wish I could say that I immediately learned from that experience, but sadly I didn’t.

**
This time was in Feb. 2016, right around the time that Beyonce’s “Formation” was extremely popular. And of course, every single radio station was playing it on repeat.

As I was on my way home from Mercy, I hit classic New Jersey rush hour bumper-to-bumper traffic. And the worst part is that I was about 10 minutes away from my house.

And yet again, the reckless and impatient driver in me thought it would be a good idea to start weaving in and out of traffic – which included riding on the shoulder a little.

Those oh so familiar blue and red lights appeared behind me once again.

“I need to see your license and registration,” this officer says.

“Did you know that riding on the shoulder for an extended period of time is against the law?” he added.

“I know… but Beyonce had me hyped up,” I explained.

After laughing a little (luckily, he was someone I considered to be my acquaintance), he let me off with a warning as well.

Thank you Beyonce for getting me out of a ticket. I owe you one.

**
It was my first day of work. Well, I had been training for weeks but it was my first official day. And of course, I couldn’t be late. While I was too busy being anxious for my first day, I forgot to eat before my shift started. On my way out of the door I grabbed a granola bar.

I waited until I was on the highway until I started eating it, and while I wasn’t doing anything suspicious, I still got pulled over.

“License and registration please,” the young officer said to me as if I didn’t already know the drill.

“May I ask what you were doing just before?” he added.

“Oh… I thought you were using your cell phone,” the officer hesitantly said back to me.

“Oh…” I said laughing a little. “I don’t necessarily stick my phone in my mouth.”

He then preceded to tell me to have a nice day.

I’m guessing that I should stop eating while driving… it seems to always get me in trouble.

**
I’ve recently been having a lot of issues wearing contacts and like any other irresponsible college student, I never carry my glasses with me.

A few weeks ago, my eye felt like it was on fire because of my contact (I’m almost positive I scratched my cornea) and of course, it all happened while I was driving to school.

There was nothing I could do at the time and I couldn’t stop rubbing my eye. My eye was tearing so much that I could barely see in front of me.

And BOOM!… I ran over a traffic cone.

Within the next minute, a cop pulled me over. And when she came up to my window it looked like she’d seen a ghost.

At this point, my eye was bright red and I started actually crying.

“I’m so sorry I’m just trying to get to school and my eye hurts so bad and I don’t have my glasses and I don’t know what I’m going to do and I’m just really sorry,” I said to her.

“It’s okay ma’am. Have a nice day and make sure to get your eye checked out,” she anxiously replied to me.

“Thank you soooo much.”

It’s good to know that there are understanding people in this world. People are allowed to have bad days and that certainly was one of mine. As for my car, there’s a slight dent in the front. Who knew traffic cones could cause damage.

**
What’s hysterical is that last summer, while I was on my way to class, my car broke down on the NY Thruway. And let me tell you, it was terrifying. It was about 98 degrees out and the highway was so loud that I couldn’t hear the AAA representative on the phone with the window open. It was also a day that I forgot my water bottle. It’s easy to say that I was on the verge of a heatstroke.

While it took forever to get to the right department of AAA, since I live in NJ and had the Bergen County phone number, I was sitting in my car for over an hour.

And I kept thinking to myself, “I’ve gotten pulled over for eating granola bars and cheeseburgers and not a single officer has stopped to ask me if I’m okay?”

I don’t blame the police force, maybe they weren’t in the area, but it’s just one hell of a coincidence.

Now I laugh about it, but at that moment I was frustrated and overly dehydrated.

**
To all the officers who have understood my hunger, pain and stress – I thank you.