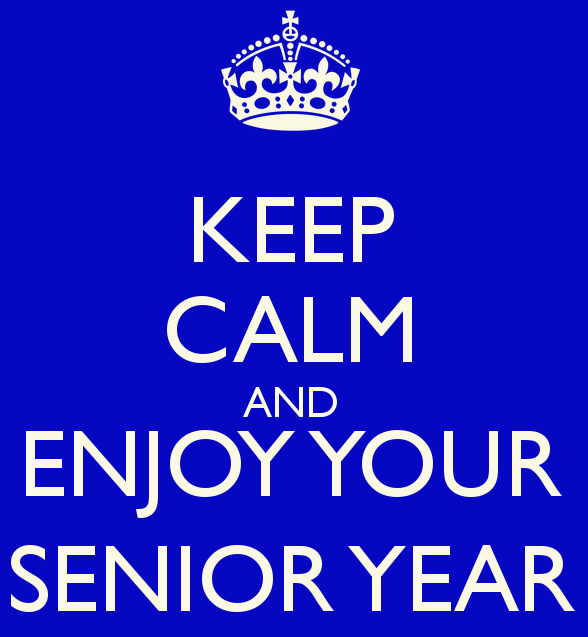 I know that it’s only been a month since school has started, but I’ve been having different emotions about my last year of college. Before school started, I was feeling excited and anxious. But another part of me was feeling a little bit worried. I think it was because after graduation, you worry about real problems.

So how do I feel about it so far now that it’s been a month? Well, I haven’t crashed and burned yet. I haven’t stressed myself out so far this semester, which is surprising. I’m writing for this awesome newspaper for the semester, and I’m meeting new people. Even though most of my friends are taking classes at different campuses, I’m still happy to have some of my old friends here.

You know when you’re a senior when you’ve caught a case of senioritis. I have a slight case of senioritis this semester, just a smidge. There will be times where I just don’t want to do any work. I would get it done eventually, it’s just the idea of doing any type of work is just tedious. For example, I’m taking two online courses this semester. Anytime a new discussion forum pops up every week, I just let out a heavy sigh and force myself to do the work.

I also told myself that I was going to relax. I tend to overthink about grades, which leads me to stress out even more. But this year, I have a different attitude. I’m just going to do my best. If I get a B in one course, that’s fine. It won’t be the end of the world, at least.

I’m not the type of person to make goals or resolutions for anything. Over the summer, I saw most of my friends making goals for themselves for senior year. They want to finish senior year with a bang or get straight A’s. Now, these are all great goals, and I don’t blame anyone for wanting to reach those goals. But for me, I want senior year to be something that I can look back on and say I did a pretty great job as a person.

Another reason why senior year has been smooth for me so far is because I don’t surround myself with drama. I listen to people’s problems, but I just don’t put my two cents in. I try to give them the best advice I can without taking sides. I think that people who talk too much just get themselves into trouble.

I had a conversation with one of my friends a couple of weeks ago. I was telling him that we just need to just enjoy senior year as best as we can because it will only happen once. Most of the people we are friends with, we probably won’t see again, at least in my perspective. I won’t see the majority of my friends here at Mercy because we all have different plans after graduation.

So far, I’m in a great place. I’m trying to develop a more positive attitude towards other people. I don’t know what the rest of senior year holds for me. There are other things that I want to do before it’s over. I want to go out more with my friends. I’m usually an introvert and I like to keep to myself for the majority of the time. I’m still like that, but it’s not as bad as it was before. My birthday is coming up in less than two weeks, and I want to do something exciting. I want to take things slowly, instead of rushing into them. That’s what I hope to do before May 2016 rolls around.