Happy Halloween From the Building! 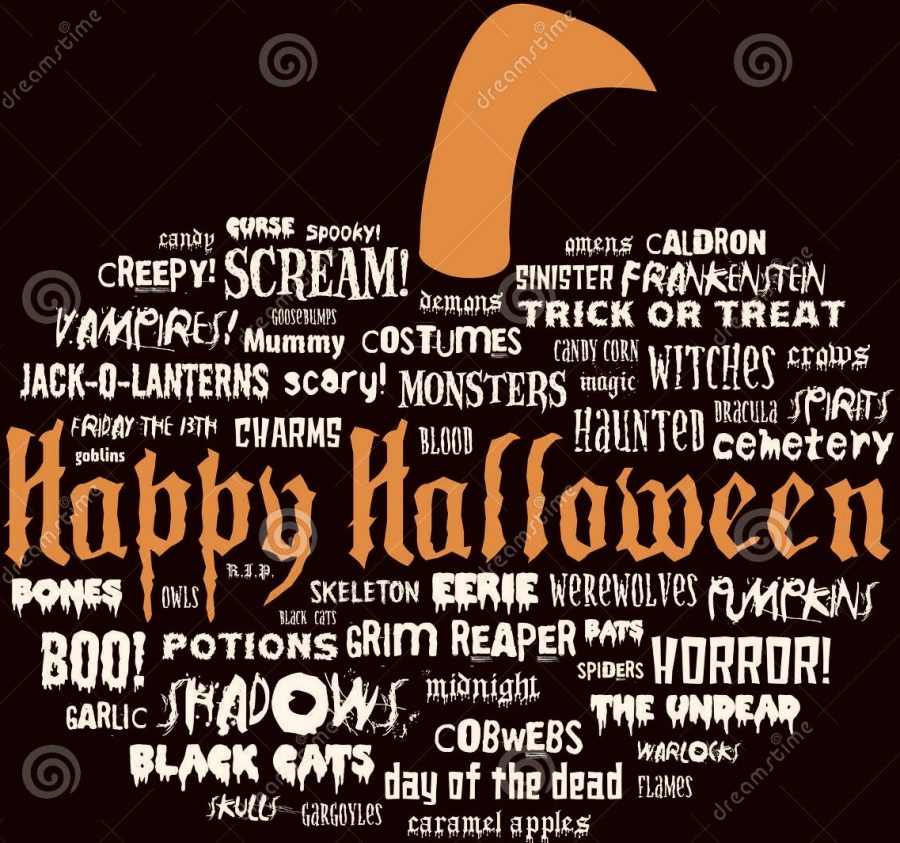 There is just something about October 31st.

Whether you just call it Halloween or, because you watched Hocus Pocus for the first time and heard The Sanderson Sisters from Disney’s Hocus Pocus refer to the holiday as All Hallow’s Eve and now that is your go-to “fun fact,” every Halloween. There is something almost magical about the holiday.

Could it be that during Halloween season the veil between the spirit world and our world is at its thinnest?

Maybe the fact that we were told as kids to not take candy from a stranger even though that is the antithesis of trick or treating on this spooky day.

Or possibly the fact that for one night we see mortals, from newborn to elderly, behind an actual mask for a night as opposed to the mask we “wear” every day.

Whatever the case may be… it works.

Unfortunately, Halloween came on a Wednesday this year.

Meaning that I will not be handing out candy to would be trick or treaters from my two-story brick home while the Halloween movie franchise plays on our flat-screen smart television in the background, just in sight to potentially scare them.

Or that my day would not consist of carving pumpkins into jack-o-lanterns and decorating the interior of my home with fake cobwebs all while drinking Samuel Adams Octoberfest malt beer.

No, instead I am doing something much scarier… working. *thunderclap sound effect*

I guess the Halloween spirit must have gotten to the hipsters in New York City too. The aroma of cotton candy, banana split, or whatever the heck flavors they use in their vaporizers have been replaced with the scent of pumpkin spice and candy corn.

I prefer these smells by far, but they are still nothing but a cloud of lies! And now I am fixing for some candy corn.

Upper management for my building has about the Halloween spirit equivalent to that of the Grinch’s Christmas spirit. That being said, at least the doormen do not.

I am greeted by the faint sounds of “The Monster Mash” along with the morning doorman, who I call “K”. “K” is wearing a sombrero and stripped poncho over his jet black suit.

“Hola Señor,” he says and keeping with the fun of today I too say “Hola Señor.”

A tiny pumpkin, no bigger or wider than the size of a hockey puck, has two faces drawn on in permanent marker and sits atop the front desk. 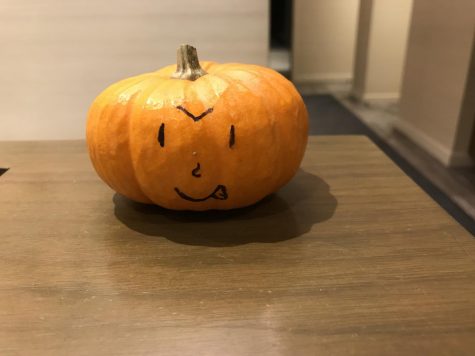 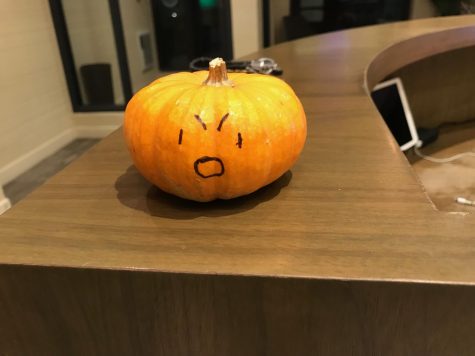 A large and hollow black bucket brought in by “K” is filled with Hershey’s Spooked shaped chocolate which I brought.

The mini pumpkin and bat-shaped Reese’s accompany the tombstone milk chocolate and cookies ‘n’ creme Hershey’s pieces as they patiently wait in the blackened bucket ready to be handed out and later consumed.

“Oh bro we can dress up just no mask and make sure our suits are not completely covered,” says “K” leaving the Spanish probably with the sombrero. “If you did not bring anything there is something you can put on in the break room,” as “K” jets out the door to enjoy the rest of his and my favorite holiday.

“Let’s see what we got back here,” I thought to myself.

I mainly work during the hours where kids are getting out of school so I would be the buildings treat giver tonight. And boy was it a busy night. Hordes of trick or treaters flooded the lobby almost all shift with their waves of colorful costumes.

I am greeted by countless mini superheroes, Universal Classic Monsters, and many more. Do not even get me started on the amount of Fortnite costumes I have seen today.

I even see a man dressed as a UPS delivery man. Oh, wait no he is not dressed up. That is the actual UPS delivery man coming with today’s load. Well, I guess I do have to work at my job today. The nerve of some people.

While not many in my building, the children begin to make their way down for their handfuls of sugary and chocolatey goodness that await them here and elsewhere.

First are the twins. Two adorable and hilarious fraternal 3-year-old boys with great costumes to match. Last year it was Curious George and The Man With The Yellow Hat.

This year the two minute older twin is going as a police officer. His “baby” brother as a doughnut. He loves doughnuts. But this year, their family welcomed a beautiful baby girl and she is dressed as a robber.

Get it? Cop, robber, and a doughnut! Got a laugh out of me.

Next is the oldest child in the building. She is the absolute sweetest nine year old you will meet and loves this time of year. She kept telling me to “watch” when I asked what she was dressing up as the weeks leading into Halloween.

“I’m a mummy,” she says in a muffled scream from the elevator as what can only be described as rolls of unrolled toilet paper cover her entire body.

Just a slit for the mouth and two holes for the eyes.

“Mummy Mia Lets a go get more candy,” her Italian father says as he grabs a Reese’s bat and gives me a wink.

“Those are for the kids, but ok,” I thought to myself again as I refilled the bucket.

Lastly, while they are not tenants of the building, the niece and nephew of one of my tenants who live right down the block make their way to the building. I notice them coming in from the outside cameras. One looks shiny and puffy. The other? Not so much.

“I’m an astronaut,” says the younger nephew, as he is in full sugar rush at this point of the night.

“And what are you supposed to be sweetie?” I ask the older sister, as she appears to be dressed normally.

“I wanted to go as a joke this year and since that’s what my parents always call me, figured I go as myself,” she says bringing the lobby to complete silence. Only the look of shock from the parents can be heard. They were not expecting that response.

“Ohh…” I said as I gave her two handfuls of candy while Michael Jackson’s opening monologue to “Thriller” begins.

Happy Halloween to all. Have a safe and spooky night!