Will PewDiePie Come Back From His Small Mistake? 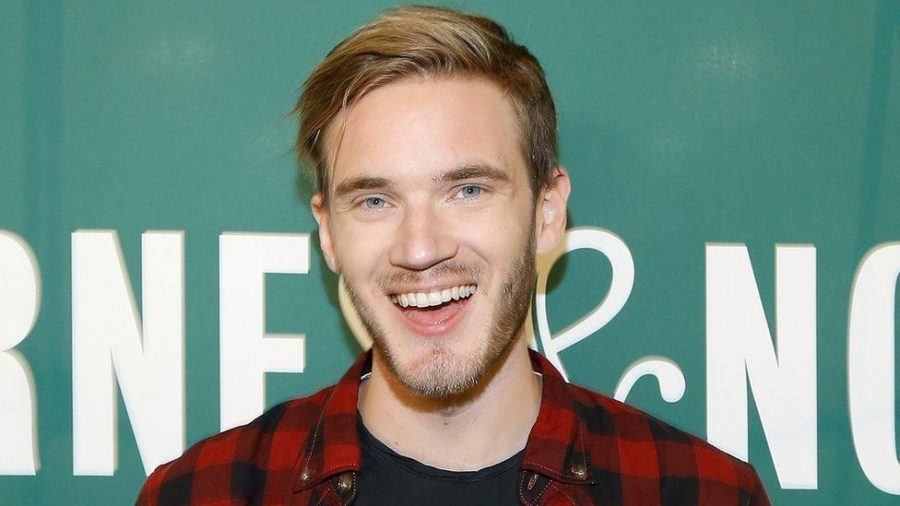 Anyone that is subscribed to PewDiePie on YouTube knows that he loves making jokes and plays video games as the content he posts. For those that do not know who PewDiePie is, his real name is Felix Kjellberg. PewDiePie, one can say is the face for YouTube seeing that he has the most subscribers with 53 million and 14.7 billion views. At times, he does take it too far. Recently, PewDiePie was recently dropped from Disney’s Magic Studios and YouTube Red will not be renewing, Scare PewDiePie for a second season. YouTube Red is the version that you have to pay for which then removes those ads that everyone (including myself) complain about.

Why, would one ask?

Well, thanks to the Wall Street Journal article that surfaced yesterday, February 14, entitled, Disney Severs Ties With YouTube Star PewDiePie After Anti-Semitic Posts, they picked up on PewDiePie’s references to Hitler and to the anti-Semitic movement. I personally have seen these videos and automatically knew that he was making a joke. After watching PewDiePie for years now, I knew when he was making a joke or not. Yes, when I watched the video that YouTube has yet to remove; however, did not think Felix would go this low. I was left speechless and had nothing to say. I don’t believe that I even liked the video. I even thought about unsubscribing but being the loyal fan that I am, could not bring myself to hover the cursor over the button to unsubscribe.

A few days ago, PewDiePie posted a comment on his Tumblr page to these allegations saying, “It came to my attention yesterday that some have been pointing to my videos and saying that I am giving credibility to the anti-Semitic movement, and my fans are part of it as well for watching. I don’t want to cite the sources because I don’t want to give them any more attention.

This originated from a video I made a couple of weeks ago. I was trying to show how crazy the modern world is, specifically some of the services available online. I picked something that seemed absurd to me—That people on Fiverr would say anything for 5 dollars.

I think it’s important to say something and I want to make one thing clear: I am in no way supporting any kind of hateful attitudes.

I make videos for my audience. I think of the content that I create as entertainment, and not a place for any serious political commentary. I know my audience understand that and that is why they come to my channel.  Though this was not my intention, I understand that these jokes were ultimately offensive.

As laughable as it is to believe that I might actually endorse these people, to anyone unsure on my standpoint regarding hate-based groups: No, I don’t support these people in any way.”

Being the face of YouTube this is being seen as a problem. This is considered to be “YouTube Drama” as another YouTuber, Casey Neistat calls it in his latest video entitled, PewDiePie vs. Free Speech. Another YouTuber, Philip DeFranco’s video entitled, Why People Are FREAKING OUT About The PewDiePie Disney Youtube Scandal, says that PewDiePie could actually benefit from this because he could be making other deals with other companies.

I am probably going to get criticized for actually defending PewDiePie but as the loyal fan that I am, I should be able to defend his video. The idea behind the video that he created by paying 5 dollars for, was to show that you can purchase anything and the ones on the website, Fiverr, would do anything. Yes, he chose the wrong words to be displayed in his 5 dollar purchased videos, but there are actual people that would do this. Just because he allowed the world to watch what he was doing, does not mean that there are not normal people out there that would do this.

Here is the video of PewDiePie on the website, Fiverr while making his purchases for his then in the same video he shows the “memes” or “videos” that he has purchased.

I’ve Discovered the Greatest Thing Online… (I’m not sure if you can tell but he is making fun of the things you can purchase for 5 dollars on Fiverr’s website.) This video currently has, 10,066,346 views.

Seeing that PewDiePie is the top YouTuber, I see that he can come back from this. This should not stop him from continuing to make videos all the time. It is not like he does not get views on his videos. He gets in the millions. I think PewDiePie should continue posting stupid videos and I’ll just continue getting the notification on my phone to watch the new video.

PewDiePie recently posted a video of his response of what the Wall Street Journal’s article. He said that he’s going to continue posting videos, disappointed that he did lose his show on YouTube Red, and his contract with Disney.