Religion In Education – Is There A Place For It? 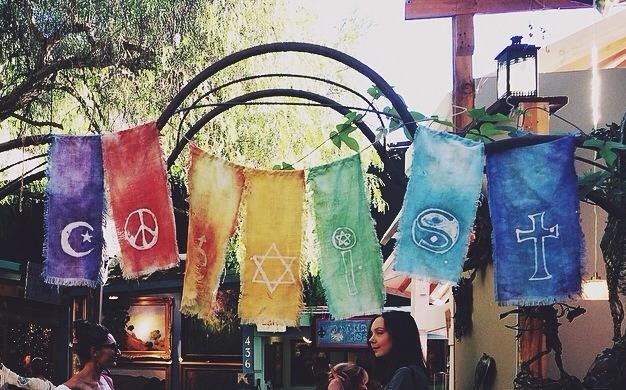 Other countries have intertwined their politics, culture, and religion to ensure a common belief among their people. Who is to say what is right or wrong? Some things may work for another person, group of people or country that might not work in the same context.

So what is the point of examining religious trends in the United States? Is there a trend of colleges creating a nonreligious environment?

As humans, we learn lessons through our experiences and those shape our paradigms; the way we put things into categories.

Perhaps the religious landscape of the United States is evolving.

In the morning hours of Monday, November 28th, an Ohio State University student plowed a car into campus, hitting pedestrians and then continued the attack swinging a knife at innocent victims.

The campus was on lockdown for 90 minutes after the first reports of an “active shooter” were made by the university.

The rampage lasted less than two minutes due to a nearby officer rushing to the scene, whom shot the suspect before other injuries could progress. As an outcome of the attack, eleven people were hospitalized. The assailant was the only casualty.

The attacker has been identified as Abdul Razak Ali Artan, 20, a third year student in logistics management, and Somali immigrant that lived in Pakistan for a short period of time before moving to the U.S.

In a Facebook post Monday morning, Artan urged America “to stop interfering with other countries, especially the Muslim Ummah.” The Muslim Ummah is a term for the overall Muslim population.

“By Allah, we will not let you sleep unless you give peace to the Muslims. You will not celebrate or enjoy any holiday.”

Artan had been profiled in the school’s student run newspaper, The Lantern, as a “Humans of Ohio State” piece. Artan had just transferred from Columbus State and was having trouble assimilating to the new university and its facilities.

“I just transferred from Columbus State. We had prayer rooms, like actual rooms where we could go pray because we Muslims have to pray five times a day.” (The Lantern)

The interview took place on the first day of school on August 25th, 2016.

In a world where we argue about which gender or sex can use which bathroom, should we also be discussing religious tolerance in schools and institutions?

Separation of Church and State has been around since Thomas Jefferson wrote a letter in 1802 to Danbury, Connecticut Baptists as a means to protect them, and keep the state out of the church’s business.

The constitution states, “Congress shall make no law respecting an establishment of religion, or prohibiting the free exercise thereof.”

They answered “yes” to the American Public becoming less religious in an extensive survey of more than 35,000 adults. In recent years, percentages who say they “believe in God, pray daily and regularly go to church, or other religious services” have all declined moderately.

However, these recent drops have been largely attributable to the “nones”, the growing minority of Americans, predominantly in the Millennial generation that claim to not belong to any organized faith.

“Pew Research Center surveys consistently show that not all religious “nones” are nonbelievers. In fact, the majority of Americans without a religious affiliation say they believe in God. As a group, however, the “nones” are far less religiously observant than Americans who identify with a specific faith. And, as the “nones” have grown in size, they also have become even less observant than they were when the original Religious Landscape Study was conducted in 2007. The growth of the “nones” as a share of the population, coupled with their declining levels of religious observance, is tugging down the nation’s overall rates of religious belief and practice.”

The study also suggests that Americans are becoming more spiritual.

“About six-in-ten adults now say they regularly feel a deep sense of “spiritual peace and well-being,” up 7 percentage points since 2007. And 46% of Americans say they experience a deep sense of “wonder about the universe” at least once a week, also up 7 points over the same period.”

“Millennials – especially the youngest Millennials, who have entered adulthood since the first Landscape Study was conducted – are far less religious than their elders. For example, only 27% of Millennials say they attend religious services on a weekly basis, compared with 51% of adults in the Silent generation (born 1928-1945).”

“I wanted to pray in the open, but I was scared with everything going on in the media. I’m a Muslim, it’s not what the media portrays me to be. If people look at me, a Muslim praying, I don’t know what they’re going to think, what’s going to happen. But, I don’t blame them. It’s the media that put that picture in their heads so they’re just going to have it and it, it’s going to make them feel uncomfortable. I was kind of scared right now. But I just did it. I relied on God. I went over to the corner and just prayed.”

How can we make different people comfortable in their own skin, especially at a place like school, where they’re paying for their education? When I was in primary and secondary school, we would have a moment of silence every morning. Some schools have even debated about or implemented prayer rooms.

As a university student, events like this are alarming, as they are to other non-students around the nations. I want all my peers and colleagues to be comfortable where we are and embrace our differences that make us who we are. Education and collaboration works better when there is diversity and there is always something to learn from listening to other people.