Can I trust you? A Short, Part I 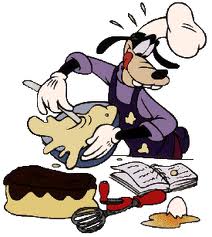 I stared at him blankly. Half of my mind in disbelief and the other angry for him sharing, no telling me about what he had been doing.

I was angry with myself for getting involved in his deception.

Would I be a home wrecker if I chose to come clean with what he had been doing or do I stay silent and live with what I know?

I had been to their home many times, eating their food, laughing it up.

Watching the children lovingly, but aggressively climb all over their father as if conquering a great mountain.

Watching a wife walk in and out of their home, bringing out plate after plate of food, that she had spent the better part of the last 24 hours preparing.

Visibly tired from her work and taking care of the children,she still managed to smile and remain pleasant while dragging herself through it all because she loved her family.

I tried my best ignore the torrent raging in my mind. She wanted an answer and I had no clue as to what to tell her, but my silence would tell it all.

It had been over six months since it first happened. My friend Carl was twenty-six and lived in the apartment building across the courtyard from me. I could see the entrance to his first floor apartment clearly from my second floor living room window.

He was married to a beautiful woman by the name of Michelle, who was a year younger than him. They had two children, a girl seven and a boy four. I was twenty at the time both physically and mentally. I had never been in any type of real adult relationship, mainly because I was trying to figure out my own sexuality and unable to secure one because of it.

Since I had a yearning desire to be intimately committed to someone, I tended to feel envious of what I would see with Carl and his family. They appeared to be so happy and fulfilled.

It all seemed so picture perfect to my eyes.

Carl and I had become friends through a mutual acquaintance and we shared a passion for all things automobile. He would come over a lot of evenings and we would swap car stories and talk about the latest technological innovations. We were total gear heads that way.

One day I noticed Carl walking a couple miles from where we lived. I pulled over and asked him if he wanted a ride and he gladly accepted. He said that his car had broken down and he wanted to know if I would do him a favor; tell his wife that we had been hanging out when his car broke down.  A bit strange I thought, but I said ok.

Michelle had been peering out of their front window and came out with a puzzled look on her face when we pulled up. She wanted to know where their car was. Carl told her that we had been doing some work on it and that it would not start afterwards. She sighed and told him that he should have taken it to a real mechanic. Apparently it had been stalling sporadically for while and was getting progressively worse. Carl could not seem to track down the problem and refused to pay someone professionally to look at it.

The story fell into place. She fussed at him for a bit but believed what he had told her. Carl gave a hand slap, looked me directly in eyes, then subtlety nodded with a sly crooked smile. It was his way of silently thanking me for what I did. Then he and Michelle went into their apartment.

I wondered what I had just unknowingly become an accessory to.

Later on that evening there was a tap on my door. It was Carl. He asked if he could talk to me for a second. I said sure and invited him up. This is when he begun to tell me the truth about what had happened. He had met this woman while at lunch earlier that day and in his words “dayumm, she was hot.”

So hot in fact he made plans to leave work early and go back to her place to bake a cake. Yep, that’s it…bake a cake.

So after that hour of baking he and the woman did (wonder if they made fudge as well?), Carl went to leave and discovered his car wouldn’t start. His “co-baker” offered to give him a ride but he did not want her to know where he lived. His solution was to have her drop him off at a store a couple miles from home. He could pick up his car later and since he was there, eat a piece of that cake they baked earlier. Guess Carl had a bit of a sweet tooth.

He seemed to feel quite proud of his plan from the sly grin and smooth tone he used while telling it to me.

I said nothing and just listened. This was his business and far be it from be to get involved or pass judgment. Besides, since I had little involvement with Carl’s wife and kids I could keep a faceless image assigned to what Carl was doing.

But it did not stay that way for long. I would regularly get invited over to their house for dinner, parties and even watched the kids for them once while they had a date night.

Over the course of the next few months, I chose to dismiss the knowledge about what Carl had done. Figured it was just a one time thing. Besides everything appeared to be fine between he and Michelle and I had become close with the family, especially his wife. I would even venture to say that I became closer to her than Carl.

Early one evening I heard a noise at the back window of my apartment in the kitchen. It sounded as if something metallic had impacted it. When I went to see what it was, I heard the sound again. I moved towards what I believed was the source of the sound, eyes big as saucers, and focused so hard that that I could have shot laser beams from them…dink…I heard it a third time and it startled me. Cautiously I approached and peered down.

There were two figures standing there, one of which was Carl. The other a young woman that was dressed as if she were headed out to a night club.

Carl asked if I could come around back because he wanted to ask me something. Puzzled I said ok and went out back to meet them. He had met this girl and did not have a place to take her to “cook.”

From the look of her, I knew this time Carl and the young woman would probably be baking fudge.

Being a bit cheap, paying for a room would have been his last resort. He asked if he could “borrow” my spare bedroom in about an hour, after the sun had gone down.

He did not care that I would still be in the apartment; he was more concerned about being able to sneak in and out of the front door underin the darkness without being spotted by his wife.

What was I to say?

Check back here next week for part II