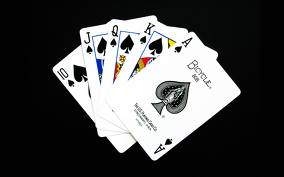 So your boyfriend, girlfriend, significant other or cousin (in certain “exclusive” circles) is acting a bit emotionally distant. They seem to not be there mentally when the two or three of you (see previous sentence) are hanging out doing the things that lovers do. That sparkle that was in their eye from the start of the relationship is bright as a three day old extinguished camp fire.

You know that something is not right, and may even at some point during your secretly frantic worry, garner the courage to ask your partner if everything is ok.

The response: a half hearted and less than assuring “Yeah babe I’m fine, everything is cool” followed up with a limp kiss or fragile hug.

This is if you’re lucky.

You could also get the defensive “of course I’m fine, are you?” said in a matter to make you feel as if the question is in some way trying to create a problem where nothing exists.

Of course, you and I know that isn’t true.

Regardless of which reaction or variance thereof you get, the person asking is left feeling confused, unsure, and most of all afraid that whatever your partner is not discussing will lead to pain for you.

Being one that has been on both sides of that scenario, I like most people that choose to engage in loving another person, know that nothing in love is guaranteed.

Yes, we like to think that the person that we have made an emotional commitment is the end all be all, but its funny how time was a way of eroding all but the strongest of loves.

Now don’t get me wrong, I’m not a love hating cynic. I believe that there is nothing better than being in love and prospering from all the positive aspects inherent to a solid relationship. If you are lucky enough to be in one of those relationships I applaud you and invite you to share with the rest of us your recipe for loving success.

But unfortunately, it is said that the divorce rate in the U.S. is over well over 60% which translates to a lot of people flunking out of love.

Consequently, at least these people have come to a point of realizing that their relationship failed and have acted to not live in misery for the sake of just being with another person. Or maybe love walked out on them or worse yet the reason for ending the relationship has more frivolous and dubious roots (Kim Kardashian/Kris Humphries).

Barring the more superficial reasons, making the decision to leave a committed relationship of any type can be one of the most agonizing and lonely experiences that we as sentient beings go through.

The most difficult part is knowing how and when to do it.

There is a late 70s country song by Kenny Rodgers titled “The Gambler.” It’s the tale of a wondering experienced gambler that befriends a young man and gives him advice about how to be a successful poker player more or less.

These words are the hook of the song and set the stage for the story behind it, but also serve as wisdom that we all can heed and incorporate into our lives.

Every relationship has hurdles to conquer. The test is how those involved confront and overcome them. Good people make bad decisions. It is not for anyone other than whoever is in a relationship to judge the severity of what was done and if what you have together warrants salvaging.

You have to know when to hold em.

But then there are times when your heart can do you a grave injustice by clouding your judgment regarding a partner that is not good for you.

Ask yourself, out of any given seven continuous days in a long term relationship with someone, do you spend most of it angry, not speaking, hurt, alone, unhappy or even just emotionally flat? Do you find that you tend to be more content with your life when your partner is out of sight and out of mind?

Does the thought of spending a candle lit dinner with your partner make you wince and recoil with fear, anxiety or even boredom?

Does the fear of getting back into the tumultuous dating scene or thoughts of being alone frighten you into staying with a partner?

My friend, fear of any type should not be a part of a long term relationship. The truth of the matter is that if you have progressed to the point that you are depressed, resentful or hopeless, something is seriously wrong. Maybe a new path should be taken into consideration.

Know when to fold em.

I had been with my last partner just over four years. I had grown close to his family and they accepted me with open arms despite our cultural and racial differences. We had problems in our relationship that I decided to work through because I felt that he was worth it…no, we were worth it.

Unfortunately, things that transpired crossed a line with me that I never could recover from. He was a staple in my life that I had become comfortable with. Though my love was still there, I had serious trust issues but my hope was that I could somehow regain what was lost.

This proved to be impossible for me to do. For the last year of our relationship, I held him in contempt. I was not fully emotionally available. Even though he had changed the behavior that led me to where I was emotionally, I could not get back to a point that would allow us to move forward.

I should have been man enough to walk away and say this no longer works for me and for the better of us both, we should go our separate ways. Even though his actions were responsible for what started the change in me, I take responsibility for the long term hurt we both experienced.

I was entangled in my own selfish fears of being alone and losing what had become an emotional security blanket. Even though it was flawed, the relationship was at least something that provided a degree of comfort.

After what would be the final nail in our relationship, a small, inconsequential, innocuous incident, yet it had a profound affect on me. It left us not speaking or communicating on any level for a couple weeks. Because of it, in my head I ended the relationship without such as a call, text or email to him. To be honest, if we had never spoke again after the incident, part of me would have been fine with that.

But you don’t spend four years of your life with someone and simply just close the door on what you shared. I reached out and told him that we needed to talk. He agreed. As we spent time in my living room discussing what had happened, I fought to not say “let’s try again.”

However things had changed within me. I still felt the bond that will always be there between us, but I knew inside that I would never be able to be in the place that I needed to be for us as a couple.

Through everything, that state of being had been lost. I began to swell up with tears as I sat there fighting them back, looking at him.

He was still willing to try.

The pressure was on me to make a decision; do I hold or fold?

It was one of the most difficult decisions I have ever made. Ultimately given the circumstances, I also believe it was the right one.

If you’re not happy in a relationship, the first step to changing is being honest to yourself about why you are not. Next ask yourself what you can do to start changing your relationship for the positive. Remember, this requires both of you (or all of you for my polyamorous readers) to actively take a roll in.

On the other hand, if your efforts fall on deaf ears or you find that you are the one with the deaf ears, then maybe according to the illustrious Kenny Rodgers, its time to fold.