When You Have to Let a Best Friend Go to Tennessee

To lose a best friend is to ride a wave of emotions you never asked to be on. 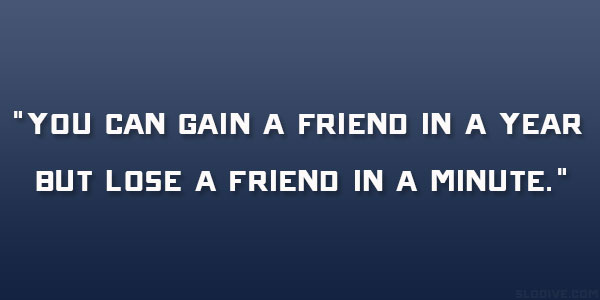 The short text read. A thick pad taped to the left side of my stomach as I laid on the coach. My side aching across four etched lines with a north star for the most blistering pain.

“I hope everything is okay. Let me know what happens.”

It was the last time we ever talked.

Not exactly how I imagined the end of those twenty four hours. It had all begun so wistfully with a drive to Cumberland Farms to hang out with her at work.

A weekly summer ritual for us to meet during the night shift of her second job. The long hours of her shifts selling lottery tickets and serving heated up oily piece of pizza. Me managing the erratic directions of my internship supervisor. Give me time to vent and give her company after already working twelve hours and counting. 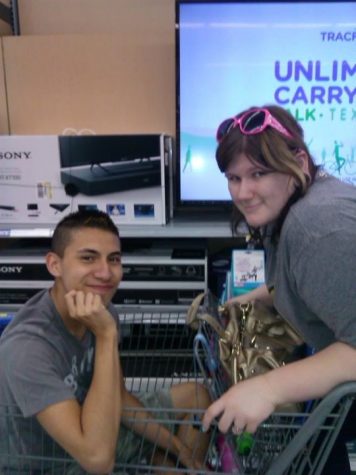 When I arrived at Cumberland on a humid early August night, we did our usual banter, before she revealed me she had lost her day job that very day. Her shoulders slumped, yet, not slacking off cleaning out the coffee machines and brewing fresh cup of joes for customers who will slump in during the hours when the traffic light remains on flickering yellow.

As she vented her frustrations we walked to throw out the trash she made a request I agreed to in a heartbeat. Just come to her house for the day, go to the dog park to let Buddy and Maui play, and watch some movies.

It’s those clear skies and grass is unusually green days that give me pause. It’s too… picturesque like a movie backdrop has been set for a climactic scene.

I arrived at the house she shared with her boyfriend, resting on a narrow cul-de-sac. She quickly met me outside sharing with me that her boyfriend, Matt, had just lost his job that day. As we gravitated towards the door she told me to pet Maui first. The large white german shepherd mix they had adopted only a month prior jealous if Buddy, their other dog, got attention. Him quick to make his presence known, case in point, when he jumped on our friend the night we visited to see Maui for the first time. As we made our way to the door he started pounding at the door like a boxer swinging at their opponent.

Her boyfriend, a heavy set guy with a grip that could crush many a hand, was holding Maui back. His large arms both wrapped around the dog. Frightened, I still reached out to pet his head. The head of a crocodile by the way his jaw jumped towards me.

I didn’t even feel it I was so in shock. Not until, my friend and I stepped outside did I see it.

Four holes ripped in my shirt. I pulled up my shirt. Four bright thick red lines with a puncture like I had taken the tip of a drill. Scared, I only noticed the scratches on my upper left forearm later. I called her name out. She was scared. She ran back in to get a first aid kit.

Maui had to be trained. He was a big dog. He was possibly previously abused. He could react that way around people. They agreed. I agreed. It was settled. We went swimming at the local town pool after. Nothing above my lower thighs going in the water. We played pool with Matt and her brothers, while making inappropriate jokes. It was all normal with a pristine sunset in the background.

I had fallen for the backdrop again.

That evening, I said goodbye to her and we agreed to do something later the week. However, when I removed the band aids from my side I knew I couldn’t avoid it anymore. My dad drove me to the hospital. While we were driving I asked him if they would have to file a police report and he said they likely would. I felt my chest quake from the dread. I didn’t want her to get in trouble. My fingers typed fast to let her know. In my entire text I kept repeating how they only wanted to make sure Maui had his shots and nothing would happen. She flipped out. Every time she said she hoped nothing happened to Maui I felt more pain than the bite marks ever gave.

I was anxious, nervous, and heart was racing. When the attending nurse asked what happened I lost control of my words. “I went to my friend’s house… The dog bit my side… He was previously abused…” They took me to a room to have the marks treated and look at, but all I focused on was my phone. I got a text from her… “I can’t lose Maui… If I do that will be the end…” I told her how sorry I was.

I was given a thick bandage pad and the area cleaned to avoid risk of infection. My dad and I went home, not before, texting her in the parking lot animal control likely was going to confirm Maui’s records and thirty day watch in case it happened again.

As I laid on the coach my phone buzzed. “Yeah the cops came.” An update now morphed into her parting words.

Did I do something wrong? Did I give her any indication I blamed her? Did I say something to the medical staff that got her and her boyfriend in trouble? I talked with her seriously about training Maui. Did she think I was calling her a bad owner? Was I wrong to say in my explanation of events Maui had potentially been previously abused? I think I was.

I was nervous and anxious with every word I said. I didn’t ever want to hurt her. I didn’t want her to be sending me texts frightened she lose her dog. I wanted help take her mind off things. Wasn’t that the whole reason I was there that day?

However, should I feel bad for receiving medical attention? She never asked if something happened to make me change my mind about going. Those thoughts lost in the void though of trying anything to get her to talk to me again.

I sent her a message on Snapchat. She left me on blue. I didn’t want to try red.

To lose a best friend is to feel like you lost a year’s worth of your memory. A year’s worth of memories you try not reminisce about lest your lips start to quiver. Memories that pain you when going back into your phone’s photo album. They are all tainted now. I had a connection with someone for nine years I’ll never be able to revive. At least, I hoped I was wrong to believe… 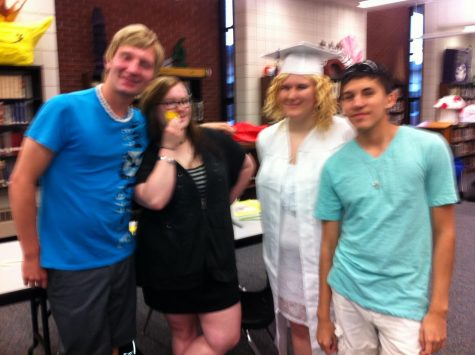 When I caught her looking at my snaps every so often or that one time she shared my Facebook post I beamed. Maybe, we would talk again. Maybe, I could tell her I never held anything against her and explain anything she believed I did.

I knew I had to let her go. It’s why I unfollowed her on Facebook and avoided getting gas at the Cumberland Farms station every time I was home from college. Yet, that is not letting her go.

It’s not letting her go with you’re still friends on social media. When you check to see if her car is parked at Cumberland Farms every time you pass by.

It’s not letting go when you still have the shirt with every rip and hole, and wore it once in the summer.

Can you let go when you still have two scars from Maui’s teeth and tiny overgrowth layer of skin where a tooth punctured deepest. An overgrowth you can feel any time you touch your lower left chest. Scars that made you not want to take off your shirt in front of anyone for a year. Scars and marks you once had to explain to a guy as you laid in his bed as tried to feel your body.

These are the memories I have now to fill the places where I once thought I would have other memories, but I have to let go because she did that day.

She never let us talk. She never aired any grievance. She never asked how I was doing sitting in a hospital bed and gown. To this day, I’m not 100% certain she was even mad at me. She could have just wanted to not be friends anymore and this was her out.

I thought those same thoughts, once more, when I looked out the window of my dorm room at Columbia University last early August. The last day of my summer in the city spent packing my clothes. The acoustic version of “Unwritten” playing off my iPad (I’m secretly a sap). I took a break to rest my shoulders on the window still to look out at the mix of vibrant orange and red hues that marked the sky. It was the anniversary of that day. 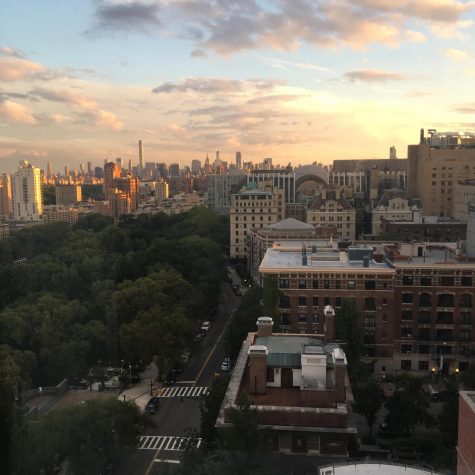 I don’t intend to remember that anniversary a second time. I looked out for miles across the buildings of Manhattan, and Ward’s Island. Reality became 20/20 in that moment I was not sitting on my coach in rural Connecticut, but New York City. My life was still going. I wouldn’t wallow any longer, but I couldn’t finally let go until last weekend.

Facebook memories are the unpaid therapist each user is trapped with. They annoyingly remind us of posts from years ago we are okay with remembering and cringe at remembering. I’m happy to remember the three year anniversary of dying my hair for the first time. It was the lone comment from her that unplugged the moment. “[Your dad] gonna hire me to shave your head when you come home on break lmao.”

The brand of humor you can find in many, but with the weight and reverence only a person you’ve known can offer.

I did it. I looked at her profile the first time in a year. She had moved a couple weeks ago to Tennessee. There were updates of their travels, pictures drinks with Matt, and Buddy but no Maui.

She was truly out of my life. No more avoiding Cumberland Farms or hoping deep down to bump into each other and reconcile. I’m happy. I’m happy I can be present in that dot that makes up my life.

She’s blocked on Snapchat and unfriended on Facebook. I haven’t decided on the photos. I’m sentimental for photos, but not sure if it’s worth keeping them.

I texted her yesterday. After class and before getting lunch, she doesn’t deserve the full attention that comes with relaxing in my room. I believe every action has a ripple effect into the ocean that is the world. Here is my ripple, but I will not watch if it makes waves…

“Hi, I heard you had moved to Tennessee. I know we haven’t talked in a way, but I just wanted to say you were a good friend and our friendship meant a lot to me. I will miss you. I want to wish you and Matt the best wherever your lives will take you both together.

Godspeed and best of luck.”