Really NFL, Sexual Orientation is What You Question? 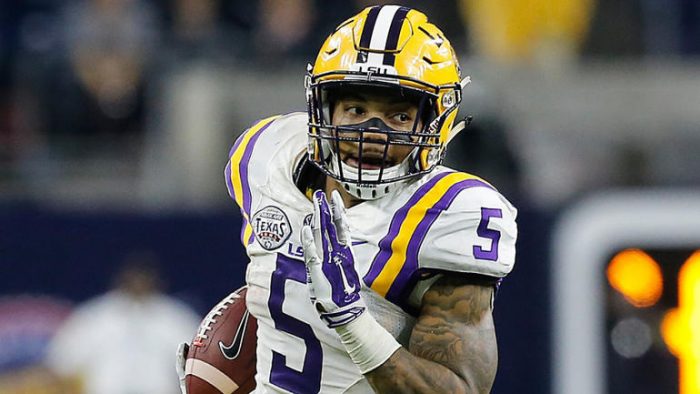 “I go in one room, and a team will ask me do I like men, just to see my reaction. I go in another room, they’ll try to bring up one of my family members or something and tell me, ‘Hey, I heard your mom sells herself. How do you feel about that?’” This is the account given by former Louisiana State University running back Derrius Guice’s of an experience he had at the 2018 National Football League Scouting Combine.

There is a lot that is problematic with the situation Guice was placed in by an unnamed team. It is also not the first time a situation like this has occurred. In 2016, former Ohio State cornerback Eli Apple told Comcast SportsNet that when he attended the NFL scouting combine the first question he was asked by the Falcon’s coach was, “So do you like men?”

In 2014, the NFL had to remind teams that questions regarding a person’s sexual orientation are not only against the league’s policy, but anti-discrimination laws.

If you have read my previous column on Jemele Hill and her comments about Donald Trump, and intersection of free speech and sports, then you already know I am not big into sports. One football game as a kid and three summers of track & field with overheated parents was enough for me. However, I am a season ticket holder when it comes to addressing issues like the stupidity that has occurred.

Let us work our way back starting with the incident with Derrius Guice, before we tackle the larger issues at play. From my understanding, the NFL scouting combine is meant for coaches, scouts, and other officials involved to view college football players as they showcase their abilities and highlight their strengths.

Derrius Guice set a record of 285 yards against Texas A&M and was named the MVP of 2016 Citrus Bowl. His NFL analysis says he has a, “Winning combination of speed, power and balance.” I have read his highlights and stats, and based on first impression, I would agree as he is recognized repeatedly for number of yards he has rushed in a game.

If you think my analysis of his skills is naïve or incorrect, you can email me at [email protected] I promise I will respond promptly with vigor.

However, none of these stats on Guice’s NFL profile or series of articles about his playing remotely involves him being gay or his sexual orientation as a whole. Sexual orientation has nothing to do with the Guice’s, Jason Collin’s, Robbie Rogers’s, Michael Sam’s, or Eli Apple’s ability to play a sport.

Apple described his account as such, “The Falcons coach, one of the coaches, was like, ‘So do you like men?’ It was like the first thing he asked me. It was weird. I was just like, ‘no.’ He was like, ‘if you’re going to come to Atlanta, sometimes that’s how it is around here, you’re going to have to get used to it.’ I guess he was joking but they just ask most of these questions to see how you’re going to react.”

That brings us to the second part that makes what the NFL is allowing so problematic. Guice was not only asked if he liked men, but also, if his mom was a prostitute. The person and people at-large asking these questions are placing a player’s sexual orientation on the same level as prostitution. This connotation represents the NFL’s coaches and other official’s general attitudes towards sexual orientation. As logic stands, one would only ask if someone is a prostitute if they were concerned of a potential scandal or issue that would affect the performance of an athlete. They are signing players to contracts worth millions of dollars and representing their brand to people as young as elementary school kids to as old as senior citizens.

Logic would also yield the inference that if they are asking about prostitution and sexual orientation they would ask about other personal and private matters. Those would include: alcohol, drugs, relationships family and partners, and other skeletons that may be lurking in their personal locker room.

A player’s sexual orientation is not a skeleton, period. 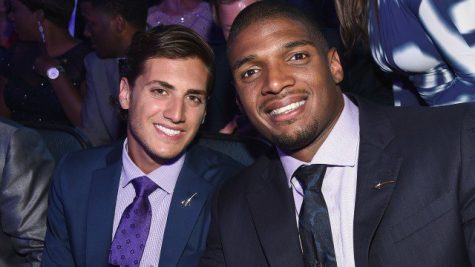 A player or potential player going public with a sexual orientation that is not solely liking the opposite sex will attract media attention. Why? Because, it is still very much a rarity for there to be openly LGBT players in any sport, let alone, a nationally televised one.

Michael Sam became the first openly gay man to be drafted into the NFL. Before that, during, and after, there were magazine covers, numerous television interviews, and a focus on his dating life. Remember when people were freaking out over the fact that Sam kissed his boyfriend after his draft announcement and the whole thing was televised? Meanwhile, many other players were kissing their girlfriends and wives like any other year with outlets fawning over it.

Let’s not forget the off the record comments made about players being concerned of showering with Sam that was encapsulated in an ESPN report. For the record, I and any other LGBT person has below zero interest at looking at you in the shower. Someone showering with multiple people within inches of each other is awkward regardless of sexual orientation. If you don’t believe me, Jim Buzinski, the co-founder of Outsports, explained it out in detail.

Jason Page, formerly of NBC Sports, wrote a well-written analysis of the public relations missteps and mistakes the NFL and Sam made after he came out. Yet, let me spoil the main point. Michael Sam’s NFL career is over. He never played in a professional game. 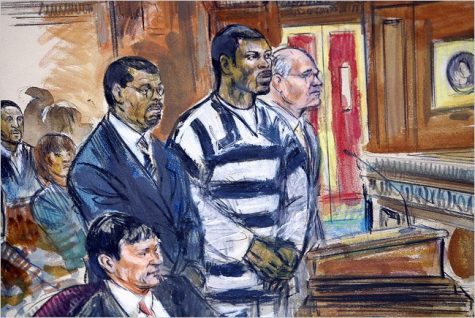 Michael Vick at Sentencing, Photo from The New York Times

His career came to an end partly because of the aftermath of him coming out. Yet, you know who still has a job, Michael Vick, a man who pleaded guilty to being involved in a dog fighting ring on his own property. Vick himself was found to be involved in the killing of dogs because they didn’t have the “readiness of a dog to fight.” Why was Vick allowed to play again and why is he still playing several years later?

Adrian Peterson pleaded no contest in 2014 to the charge of assaulting his, at the time, four year son with a tree branch that resulted in wounds all over his legs. He was allowed to return to playing football for three more years. Why was he allowed to return?

Odell Beckham Jr faced repeated homophobic slurs, and harassment by teams the Giants were playing against. The NFL claims it investigated homophobic allegations, but found no evidence despite evidence to support the claims. Beckham Jr. was suspended for a game after a confrontation with Josh Norman, after Norman’s Panther teammates taunted him.

The NFL needs to enter into some self-reflection. Maybe, it would feel less afraid of a public relations scandal if it took actual action against players who are not fit to be considered role models by anyone, let alone deserve a chance to play and earn hundreds of thousands of dollars to millions after their horrific actions.

Maybe, the NFL needs to rethink what it considers red flags or issues in choosing what potential players to draft. You know, leaving sexual orientation out of the questioning at the Combine that players describe in an almost interrogation scene sort of way.

Like really NFL, if someone who goes through a crash course on sports to address these issues can figure this out I think you are fully capable of doing so as well.