Home on the Road 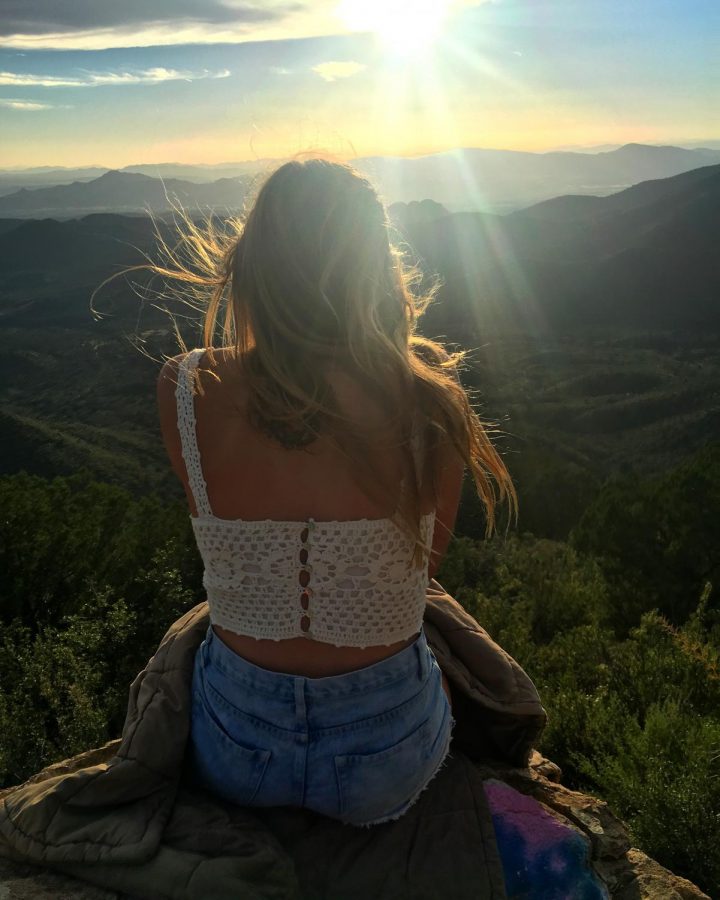 I can’t think of anything better than getting in the car and going on joy ride or a spontaneous adventure. For me, I don’t mind doing it alone. As long the music is loud, I’m singing at the top of my lungs, and most importantly, there’s cruise control.

The only thing I can think of that’s better than doing this alone, is being in the company of my favorite people at the same time. Fortunately, the schools my friends and I chose to attend for college and the people I have meet have along the way have allowed me to experience just that. From visiting my friends at their colleges, to driving back home from my colleges, I’ve had the privilege of seeing the beauty that lies beyond the roads. 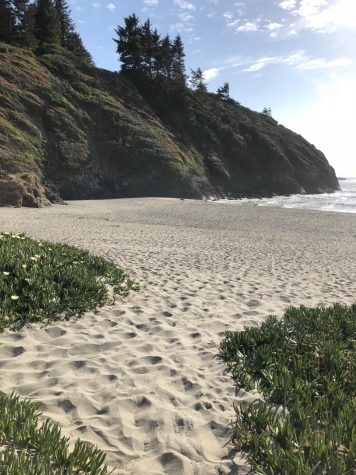 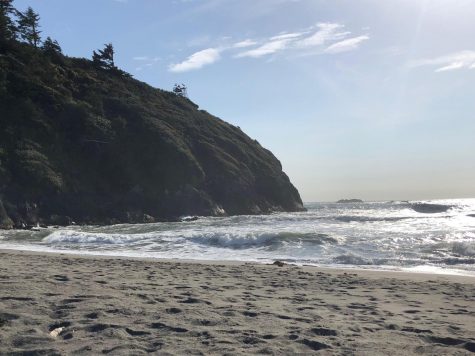 Driving home from Humboldt State the beginning of my freshman year, on the west coast of California back to Redding, was three hours of bliss. There have been times when my family and I have driven back there for the weekend, and we would make sure to visit Trinidad before we left, to feel the cool breeze from the ocean and feel our feet in the sand. On the way back, the ginormous green trees surrounding the paved roads created an eerie, yet pleasing atmosphere. Their height was larger than life, making my world feel so intimate and small. This effect was enhanced when the trees surrounding me were bundled together in the distance and the cliff where the road lie was too steep to see the bottom. When the roads weren’t accompanied by trees, they were traced along mountainsides and rivers flowing rapidly downstream beyond the guardrail. 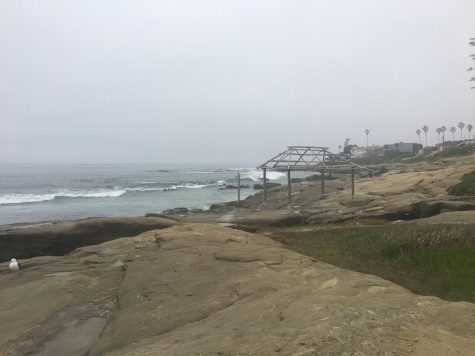 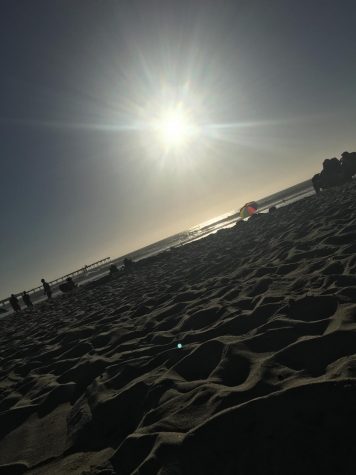 The many drives to San Diego were sometimes spent alone, some shorter than the 12 hours it takes from Redding. A few of them were spent in the company of a few of my best friends. Those were my favorite. We would sing every song of our playlist and cruise down I-5 until we reached the busy freeways of the beautiful city. We would stay at Shea’s apartment, one of my hometown best friends, and make the best of our days together before we had to go back to reality. Drives to La Jolla, Mission Beach, and Old Town were filled with the sight of palm trees, the ocean, and the sun shining through the sunroof. When it was time for me to go, I’d leave San Diego solo, back to the heat of Arizona. But it wouldn’t be long until my best friend withdrawals would occur and I’d be back on the road again. 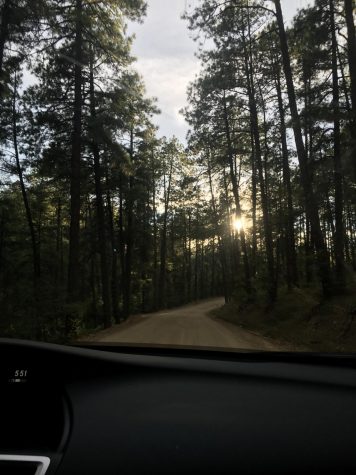 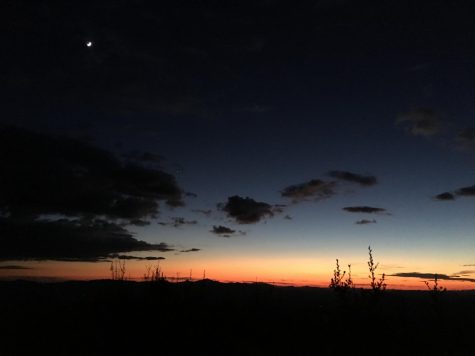 Where I lived in Arizona was much like my hometown. Prescott was surrounded by hills and on the off roads where the adventure lie was dirt paved roads leading to one of my favorite sights. The top of a mountain, looking out to a sea of trees, and the sunset laying down to rest. After I was introduced to this place that reciprocated heaven, I was hooked. I would drive here alone to think after a tough day, or bring my friends from my team or my friends and family who came and visited. The view was worth hitting every pothole my Kia encountered on those dirt roads. 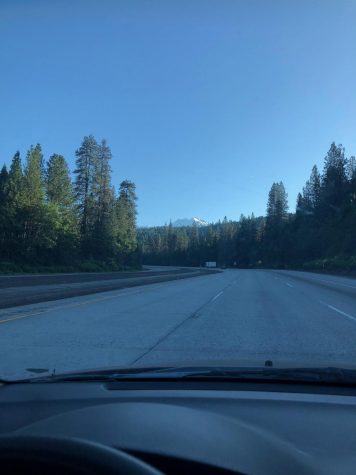 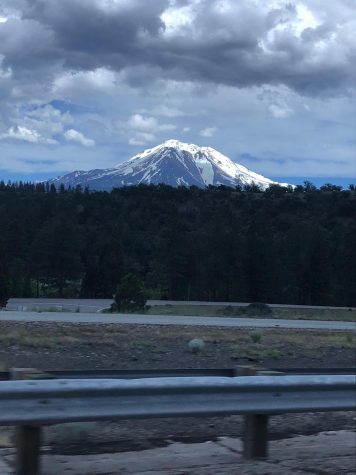 When I go home for summer break, I make it a goal to go visit my other hometown best friend in Corvallis, Oregon, at Oregon State University. Since I’m the first to come home for summer break and she is the last to leave school, the timing is perfect- and I never mind making this 6 hour drive alone. The memories that pass me by along these roads make me feel comfortable leaving home, because the places I would see are fond landmarks in my heart. I would make my way up I-5, driving solo among the trees of Northern California that led a path to the beautiful trees in Oregon. Along the way, I would see one of the lakes in my hometown, Lake Shasta, and imagine all of the summer memories I would make there as I drove by. Further down the freeway, I would see Dunsmuir, where my family and I would spent many summers watching my dad play in his annual slow pitch tournament, and I would reminisce playing in the creek behind the softball field. I would see the white snow atop Mount Shasta, and gaze at the stature that seemed so close. Every time I passed it, it was a place marker that I was getting closer to the Oregon border, or on the way back, closer to my hometown. Once I got to Medford, Oregon, I would see the turf softball fields where I played travel ball tournaments at in high school. These fields held memories of team bonding, sweat and tears, and championships alongside my dad as the coach. A couple hours further up the road, I would pass signs that said Southern Oregon University. This is where I took my first college visit for softball and the first college campus I toured. As I completed the 6 hour drive, I would arrive in Corvallis where I would talk to Toni as I drove to her house about how excited I was for the new memories from Corvallis that I would leave back to Redding with.