It’s Time to Hold the NFL and Its’ Players Accountable

The NFL needs to stop being soft with the suspensions players get for putting their hands on women and children. 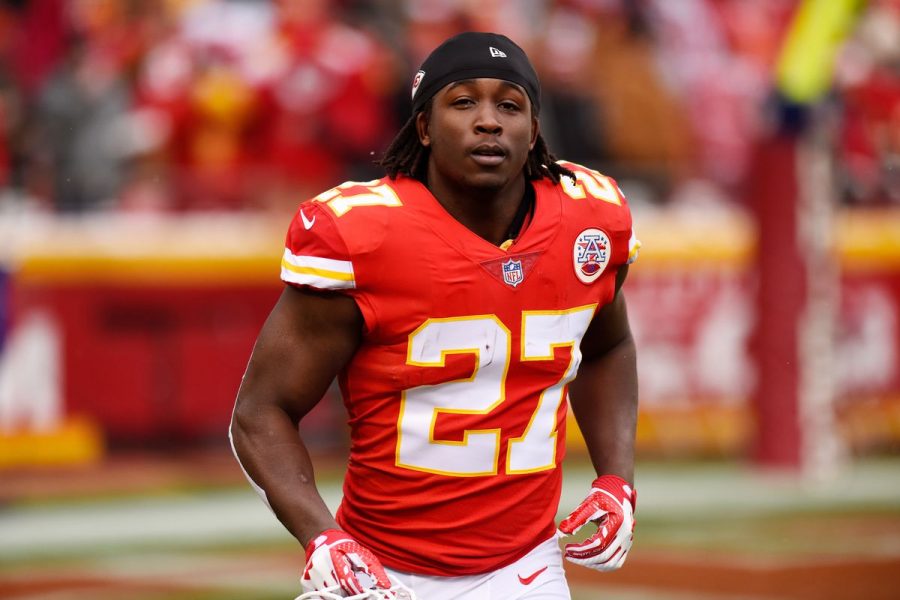 It seems that time and time again we hear in the news about an NFL player being in trouble with the law. The typical crime? Putting their hands on women and children.

It seems that every time, no matter how bad the situation is, they always seem to get a second chance.
They get cut by one team and before you can even blink someone else signs them.

The NFL makes it far to easy for players to be given a second opportunity to play. It’s time they input a stricter punishment for crimes involving domestic violence and assault so that players can be held accountable.

The most recent case of a player being allowed a second chance is Cleveland Browns running back Kareem Hunt.

Hunt who was seen pushing and kicking a woman to the ground back in February 2018, was released by the Kansas City Chiefs. Before even knowing what his punishment from the league would be, the Cleveland Browns signed him.

We now know that Hunt will be suspended for the first eight games of the 2019 season. But that isn’t enough.

The Chiefs releasing him was the right thing to do. But being released and only being given an eight game suspension is not the answer.

Hunt should have faced a suspension of least an entire season before being allowed to even be signed by an NFL team again.

The NFL continues to mishandle the amount of punishment that is dished out to players. As long this goes on, players will never get the message theylack to think twice about put their hands on a woman.

It’s not enough to just suspend a player for a handful of games and make them go to counseling. They need to be held accountable.

Any player involved with assault or domestic violence shouldbe suspended for at least an entire season if not a permanent ban from the league.

Greg Hardy is a perfect example of someone who should have never even gotten a second chance to play. He was charged with dome 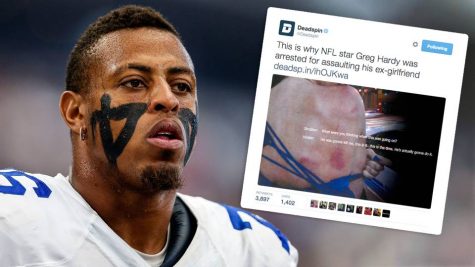 stic violence by throwing his then-girlfriend against a wall and onto a bed covered with assault rifles.

Despite being cut by the Panthers, Hardy was another precedent of someone getting a weak punishment by the NFL.

The Dallas Cowboys signed him and after receiving a ten game suspension. It was eventually reduced to four games after appealing.

The fact that he even had the right to appeal his initial suspension is appalling.

Hardy was worthy of a lifetime ban from the league, but instead, became another classic example of the NFL not giving a harsh enough punishment.

Another player involved with the law recently is Chiefs wide receiver Tyreek Hill. 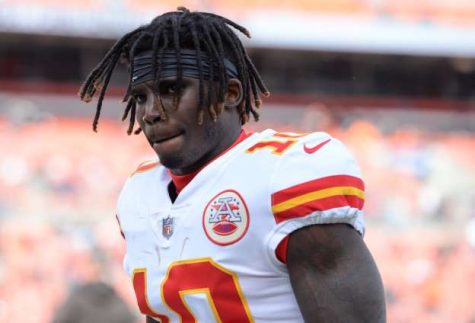 Hill is being accused of child abuse which comes after pleading guilty to domestic assault and battery in 2015.

Although the first incident occurred before being an NFL player, with the recent accusations he is facing, it will be interesting to see if he is found guilty what kind of punishment he’ll get from the league. He is one of the best offensive players in the NFL.

I think it’s safe to say the NFL will screw this one up too.

With all the instances in which players get signed, even after committing crimes such as assault and domestic violence, it truly shows that the NFL is strictly business. The owners only care about one thing and that one thing is winning.

Talent is the great deodorizer and as long as players don’t become distractions on the field and hurt winning, it isn’t seen as a big deal.

It is interesting that a player like Colin Kaepernick, who has never broken the law, can’t seem to get another job in the NFL.

All he did was knelt, peacefully, during the National Anthem to protest for what he believes in, yet he has spent the last two NFL seasons unemployed.

Despite having more than enough ability to be a back-up quarterback for several teams in the league, owners see what he did as something that could be a distraction.

It is unfathomable that players who put their hands on women can have an easier time finding jobs in the NFL than a player like Kaepernick. He has done nothing against the law, yet this goes on.

The sport that has the most issues with players getting in trouble with the law is also the sport continues to get it wrong with how to handle the punishment.

The NFL will just continue to chase its tail if they don’t create a stricter policy for how they handle punishing players involved in domestic violence and abuse.