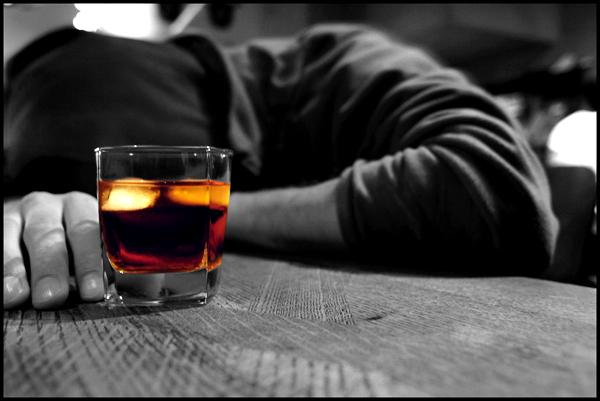 Drinking in a country that once banned alcohol was always going to be tricky business and for the last 90 years since prohibition ended the American people have never really learned to drink ‘properly’ like the rest of the world. Once again I am generalising Americans but evident from what I have seen in the last few months a lot of my ideas are completely accurate.

First of all, I’m just going to get my very own pet peeve out of the way because I’m sure that you are all bored of hearing myself and everyone else who is underage complain about the legal drinking age. It should be 18, simple as that. The whole over 21 to drink concept came about because a group of mothers were campaigning for a nationwide drinking age rather than having the individual states enforce their own laws. Kids would drive all the way across state borders just so they could undermine their own state laws, they would then drink and then drive back home after a night of partying which inevitably led to a lot of them causing many incidents on the road and a very high number of drunk driving related deaths. The mothers obviously blamed the alcohol rather than their own children’s lack of respect for road safety and drinking laws.

I’m not saying that alcohol wasn’t to blame, but other countries around the world have both a lower drinking age and a lower drink driving accident ratio. So why does this keep happening across the country?

It’s hard to say who is to blame when it comes to underage drinking and even underage driving in the United States, is it even right to try and blame anyone at all? Firstly you have to understand that Americans grow up with their heads stuck inside a television, they see things not only from America but from all over the world, especially places where drinking is rife between the 18-21 year old market and this obviously is going to have an impact on the way American teenagers act. Seeing people your own age and sometimes even younger than you drinking and having a great time can be hard to swallow and because of this American youths go out of their way to obtain alcohol and get blindingly drunk.

Because in Europe, British, French, Italian, Spanish and German teenagers grow up with alcohol all around them, they sort of build up a resistance to it at a young age and because it’s readily available the temptation to have it isn’t as high as it would be in a place where it is illegal.

The fact that many American adults prefer soda to alcohol is always important when it comes to influence of the younger people in this country. In my personal opinion, kids who grow up around adults who drink soda are much more likely to grow up and want to drink more alcohol, the only problem is that they have no idea how to limit themselves or how much they actually need to get drunk.

Watching Americans drink is actually quite hilarious for me personally, even the really intelligent teenagers who got full scholarships are naive when it comes to drinking. I usually just sit and take in all my surroundings slowly sipping on a strong whiskey with coke, enjoying the taste and the slowly increasing buzz in my head. I sit and watch the Americans gallivanting around with bottles of cheap vodka and alcopops that they have been drinking in parking lots since they were 15 and how they just guzzle it all down straight from the bottle without a care in the world. When you have no concept of limits or even a sense of timing then you should understand that there will be consequences whether that be doing something completely ridiculous whilst under the influence or even just a massive hangover. This is why you will never learn.

Another major problem with drinking in this country is the complete lack of regular pubs. Some times people just want to go down to the pub, to have a few drinks with some friends and then go home. Nobody wants to walk into a pub and then be taken to a table and then have to wait to be served their drinks by a waitress. This has completely taken away the feeling of just sitting at the bar and having a couple of pints and then leaving, something that Europeans do a few times every week.

The entire country lacks a keen sense of urgency when it comes to being in a bar or a club, sometimes it can take up to 15 minutes just to get served which is completely unacceptable.
I blame cocktails. Bar staff take extra care when preparing a mojito or cosmopolitan because the whole process looks rather flashy and exciting when really they just want a tip, what he don’t realise however is that a queue has been slowly forming as he has been throwing mixers and liquor around much to the amusement of the overweight women on their third hen night of the year who find comfort in cream based alcoholic beverages.

I know that I could go on and on about the crazy drinking habits and stupid laws surrounding your most gracious nation, but I have to have to say that in my opinion, Americans and Europeans will never be on the same page when it comes to drinking. Not unless you lower the drinking age anyway.