A Spicey Start For The Donald 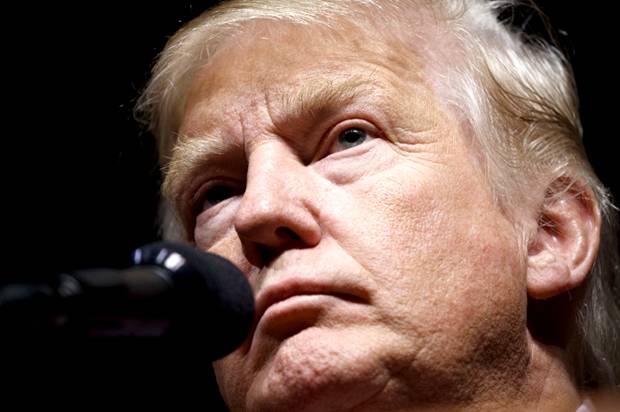 February 20th marks the first thirty days of Donald Trump’s term as the 45th President of the United States (and ironically his first President’s Day) and what we have seen has been ‘unpresidented’ in modern politics.

This showman, television personality has made it his mission to make this entire presidency about himself and projecting his personal beliefs and opinions on the American people. This has obviously already taken its toll on the staff working with, and around him.

Sean Spicer, the promising former communications director at the Republican National Committee is the man everyone is talking about. From what I have read, Spicer was a well respected member of the Washington journalistic community, a witty and humorous man who seemed to be a forward thinking and interesting person to be around. So what has happened?

During his first few weeks as White House Press Secretary, he has attracted both widespread attention and column inches devoted to his brash, aggressive and downright strange press briefings.

Looking like a college football player who decided to take over his father’s business instead of turning pro, Spicer stands in front of the press corps every week with a list of ‘alternative facts’ given to him by those higher up in the pecking order and has to bark at the agitated reporters sitting just a few feet away from him.

I was ready to cast Spicer as a bumbling idiot and to take aim at his performances in this column, but after sitting for a few hours to watch clips of him before and after January 20th something has become clear to me. When I watch him on the podium, he looks unsure of himself, uneasy and uncomfortable, like a man who simply doesn’t have faith in everything he is saying.

Put yourself in his shoes for a moment and think how you would act if you were put in a position where you are being asked questions by some of the most respected journalists in the country, some of whom you class as friends, and have to read your own political obituary? His stiff demeanour and adversarial comments show that he is under an extreme amount of pressure from the very top to not look weak and by proxy the administration. It almost makes you feel sorry for the guy. A once energetic and determined republican was given the job of his dreams only to be controlled like finger puppet and become a figure of public ridicule.

Whatever happens over the next 30 days, I sense that (unfortunately) he wont be the only Press Secretary of this administration.

One of my favourite parts of this presidency only happened a few days ago, when Donald Trump announced he was to be hosting another rally in Orlando, Florida. The audacity to begin ‘campaigning’, 1354 days before the next election could only be done by a someone who loves positive attention and will do anything to get it.

“I’m here because I want to be among my friends and among the people,” Trump told an overexcited crowd before picking out a super-fan from the horde and having him ramble into the microphone, donning a President Trump t-shirt. Gene Huber clambered onto the stage to raucous applause and embraced his idol in one of strangest moments of this year so far.

Trump just stood to the side with that smug grin on his face he gets when someone gushes about how great he is for America and nodded along with the familiar rhetoric about ‘doing what he said he going to do’ and ‘how he was doing it for us’.

The scary thing is that these crazy occurrences that keep happening, often taking the American news cycle by storm, deflecting the attention of many Americans away from all the controversies surrounding this administration.

Trump can attack the press all he wants, but as long as they keep reporting on the all the light stories, this will only reaffirm Middle America’s belief that Trump is a great guy and a great President who gives the people what they want.

One of the biggest problems America faces moving forward, is that these people only really listen to news and opinions that match their own beliefs… but that is a topic of discussion for another time. Believe me.

Having left America over three years ago, I have watched your country change and develop from afar and these changes have not always been for the best. The Impact News gave me a platform back then to talk about things I felt were important for American students to discuss and I still feel very strongly about this. The level of discourse in American colleges can occasionally be heavily weighted on one side and I hope that the resurgence of this column will bring a new view point to you all and give a different insight into your discussions you have with your fellow classmates here at Mercy.  I’m looking forward to sharing some of my thoughts with you all.