A Picture is Worth a Thousand Words 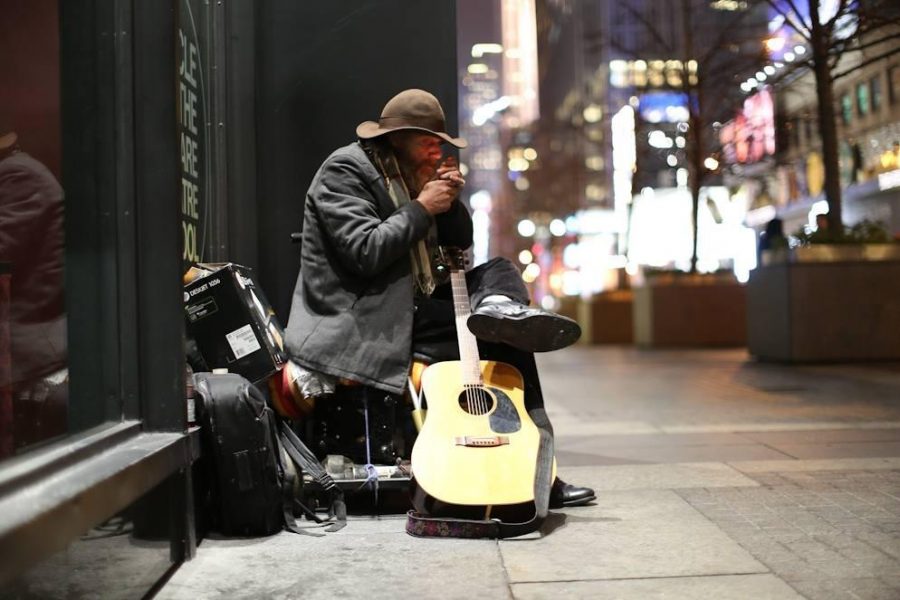 “I wish that when I was young, I’d have absorbed more of the world. And less of my world.”

“My first memory was when I was three years old. My dad set me up on the dresser, and said: ‘Jump to daddy!’ Then he let me fall and said, ‘Don’t trust anyone.’ He was twisted like that. I’m pretty sure that’s why I’m a loner.”

“I perform in angle grinder shows.” “What are those?”  “I put on a metal outfit, then I grind the metal off it so that sparks shoot everywhere. Most of the time there are naked chicks involved.”

These are just some of the amazing stories told through the eyes of HONY.

HONY- Humans of New York is a New York based blog started from a New Yorker himself names Brandon Stanton. “My name is Brandon and I began Humans of New York in the summer of 2010. HONY resulted from an idea that I had to construct a photographic census of New York City. I thought it would be really cool to create an exhaustive catalogue of the city’s inhabitants, so I set out to photograph 10,000 New Yorkers and plot their photos on a map. I worked for several months with this goal in mind.”

Later on in this unpredictable journey, the plot changed and Brandon switched up his plan a bit.  “HONY began to take on a much different character. I started collecting quotes and short stories from the people I met, and began including these snippets alongside the photographs. Taken together, these portraits and captions became the subject of a vibrant blog, which over the past two years has gained a large daily following. With nearly one million collective followers on Facebook and Tumblr, HONY now provides a worldwide audience with glimpses into the lives of strangers in New York City.”

HONY has been publicized by half a dozen different news broadcasters including The Wall Street Journal, The Epoch Times, The Huffington Post, Associated Press, Colombia Daily Spectator, News 1, CBS and many others.

HONY has raised thousands of dollars for numerous charities to help out some of these strangers of New York as well as inspiring other HUMANS OF: in India, Rome, Paris, Iran, etc…

HONY is a new break through movement that everyone is now able to enjoy through different social networks. This has been a great inspiration for me because these people are just typical, normal, city folks who just happen to be by Brandon when he is taking pictures of people in New York.

This blog has many different inspirational, moving stories that can’t be told any better by the people themselves. This makes me wonder about how many different people there are all over New York and how diverse it is.

The pictures that are taken for this blog are not only professional but the stories are moving and each picture tells a story.

When I was in Rome, there was a person who was walking around the coliseum during the day and was speaking to different people and getting their stories. This person was one of the representatives of Humans of Rome.

He went around Rome just as Brandon goes around New York and he takes pictures of people and asks them a series of questions for a response which he then types up and puts on his blog, except this man had a bit of a harder challenge.

Not only did this person have to find people willing to get out of their comfort zone to speak to him but he had to translate it from Italian to English as best as possible.

Though I personally don’t seem very shy (if you know me), I don’t think I would ever be able to answer a series of serious questions to be posted publically online and maybe in a book for everyone to see.

The people that do partake in any Humans Of are greatly appreciated. I look forward to read their stories and see the different people all around the world.