Dear White People Tells Us To Accept Who You Are 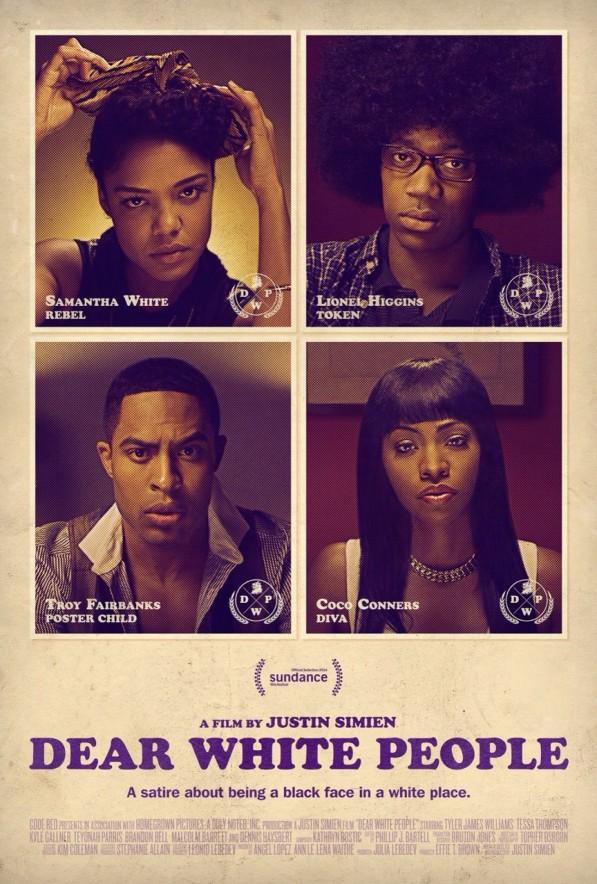 In the movie Dear White People, we meet Samantha White.

Sam hosts the radio show “Dear White People” at her school Winchester. Winchester is divided between the rich kids who have everything handed to them and the children who live in Armstrong-Parker, which is where the students of color live. Sam seems to be the “voice” of the Black Student Union. Throughout the movie, we see that some of the students have issues with where they come from.

Coco wants to have the life that Halle Berry has. She wants to marry a white man whereas Sophie wants to marry a black man. The Dean of the school and the principal have an ongoing rivalry. They happen to be the fathers of Troy and Sophia, who are dating.

We see how things are between the black students and the white students. They each have their own headquarters or cafeterias. The white students often travel to the Armstrong-Parker residence to for what they call “black people food” such as chicken and waffles. Sam is the voice and kicks out people who don’t live in the in their dorms.

Samantha has an inner self-conflict. She is an interracial child. Her mother is African-American and her father is Caucasian. The friends that she hangs out with don’t know anything about her life at home. She doesn’t discuss anything with them but does with her boyfriend Gabe. Gabe is Caucasian and nobody knows they are dating. Sam felt that she always had to be “blacker” than what she was so that she could fit in with the black kids.

Sam didn’t really know where she belonged so she put herself in the section where her Caucasian side just didn’t exist. She went on to say how when she was younger, she never wanted to be seen with her dad. She said she was embarrassed, so she never wanted him to take her to school being that her mother couldn’t due to the fact that she went to work early in the mornings. She would cause a scene each and every time he would take her to school. People would look at them crazily being that he was Caucasian and she was African-American. Sam couldn’t accept the skin that she was in but towards the end of the movie she realized that this was who she was and she couldn’t change it. We found out that her father was sick and could see the regret she had for treating him the way she did.

She stopped doing her radio show “Dear White People.” She learned to accept herself for who she was. She couldn’t change it so she learned to embrace it. She let her relationship with Gabe go public.

Watching this movie made me realize there are people who don’t accept who they are. You should love the skin you’re in. Everyone is beautiful in their own way. You should also appreciate the people you have in your life. They could be here today and gone tomorrow.