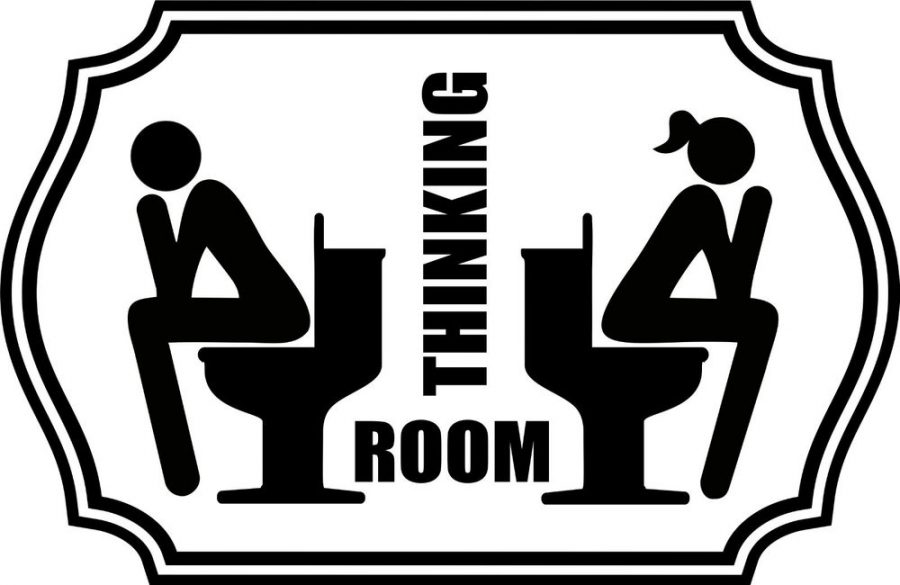 Get inside the shower, turn the water on and let the hot water sprinkle down my body. The bathroom is filled with steam as the hot water brings me to my zen. As I begin to wash my hair, a serious thought  popped up to my head. Is it the solution to my struggling life?

I stand there in silence, letting the water hit my body while the shampoo slowly slides off my head. The noise of the shower head and my sister banging on the door to hurry up is suddenly ignored. The only things I hear are the questions and thoughts running through my head.

Within 35 minutes of just standing there and ignoring the fact that I’ve started one eighth of my shower, I have concluded the most important decision of my life.

If I can’t pull it off, my life would be ruined. I have made a decision on wearing a red blazer with a light yellow button down with no tie and my pants would be white with suede shoes.

Ok, now it’s time to finish my shower. Or will another problem or idea pop up again? Hmm…

Plenty of people go in the shower to let their inner Celine Dion out or twerk as if they were Nicki Minaj. Some are trying to be an Einstein, attempting to figure out the Voynich Manuscript. Others go to do some deep thinking about their life, or simply just go in to clean themselves because they probably stink!

Don’t get me wrong, of course I take showers to cleanse my hygiene odor. In fact, I may take four showers a day.

What am I doing? Thinking.

What the hell am I thinking about in the shower? EVERYTHING!

Thinking about opening another credit card so that I can spend it on clothes. From deciding on how to kill my sister that ate my leftover tacos from thinking a way to make my ex and their new “downgrade significant other” jealous of me. Oh trust me, when I say that long showers will help you plan out your ex’s funeral. Not literally, but you get the point.

Researcher and psychologist, Scott Kaufman, revealed a study that 72 percent of people get their creative ideas in the shower. I agree with Kaufman. Ideas of fIguring out my adult life problems and ideas on what my next column should be, all came from my hot shower.

I can’t be the only one doing this right?

Kaufman goes on to say that 14 percent of people only go in the shower just to come up with an idea. Women tend to spend more time with an average of 73 minutes while men are typically in for 67 minutes.

“It’s both surprising and fascinating to learn that people are more creative in the shower than they are at work,” Kaufman says.

My second best place to deep think is the toilet. Drop the pants and sit down on the toilet then do my business. Both mentally and externally, sometimes.

One day I told one of my dates I thought of them while I was pooping. Their facial expression was pretty priceless.

An amazing idea I came up with while on the toilet was mixing Hennessy with Jack Daniels, Red Bull, cranberry juice, Vodka and little bit of Hypnotic. Best sh– face drink ever!

Many questions have popped in my head: Why did I eat so much prunes? Where the hell is the toilet paper? Why did I sit down on this warm toilet seat? I wonder if anybody liked my instagram post. I feel like I forgot to do something…

Yes I did. Rush up. Trying to pull my pants up while preventing myself from falling down because I forgot to pick up my little brother from his after school activity.

Many people’s thoughts may come from listening to their music, staring at the sky, or even taking a late night car drive. Nonetheless, these types of activity helps up come up with an idea to solve our current problem.

Brainstorming ideas, deep thinking and solving my personal problems all of which came from taking a shower or evacuating my waste on the toilet. Who knew the toilet seat marks on my butt cheeks and showering like fish will be worth it.

Apparently each thought has made me waste about 145 gallons of water.