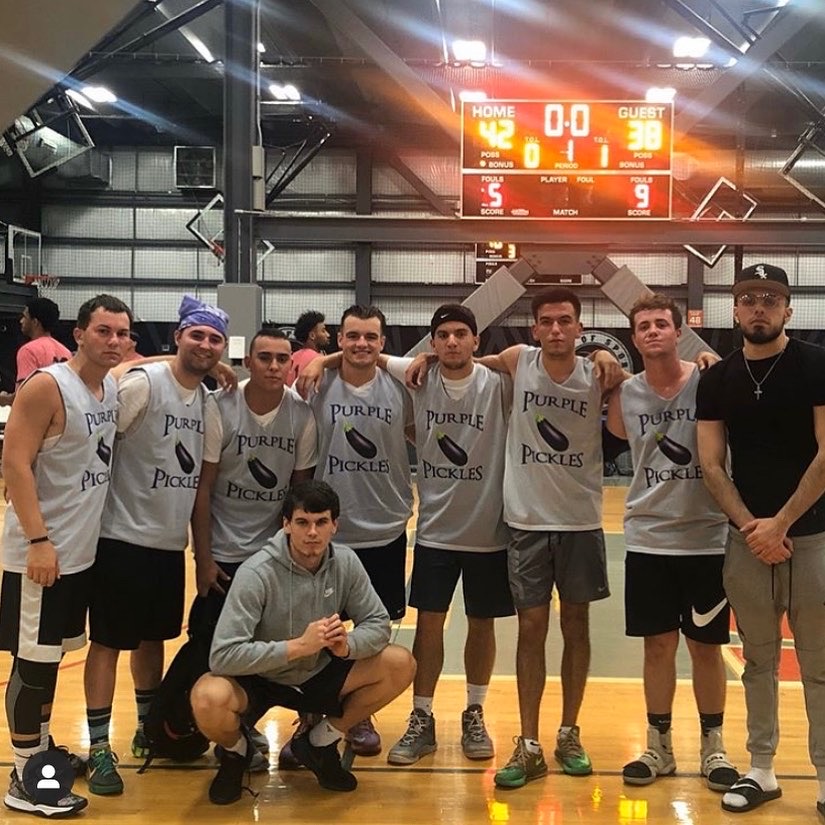 Over the past three months, it has honored me to be a part of the greatest basketball organization in the world. House of Sports in Ardsley has a basketball league that consists of three divisions. The three divisions are A,B, and C. The Purple Pickles are in the C division and they dominated with a 5-3 regular season.

These Pickles are some of the greatest men that I have ever met. The team comprises eight players and each of them bring a different skill set to the basketball court. I can not give you their government names but I will give you the names they have on the back of their jerseys.

At the point guard position is Matty D. Matt is one pickles’ best players. He gets to the paint with ease and draws fouls every game. He is a skilled ball handler and also makes plays for others. His teardrop is sweeter than a milk dud and will make your pickle excited.

Another guard for the Pickles is no sox. If this man is wearing no socks he is going for 40 and there is nothing anyone can do to stop him. He draws charges like Jared Jeffries and has an impeccable stroke from outside and in the bedroom. 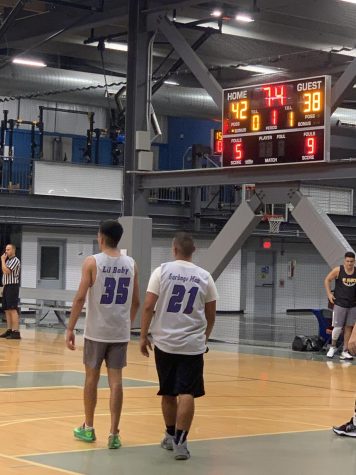 The Pickles leading scorer is Lil Baby. He does anything the pickles ask him to do. He can pull up for three and get to the basket with his impressive ball-handling ability. His one issue is he does not shut his fat mouth and yells at the refs. The refs suck ass but he still needs to shut his face.

Another player for the Pickles is C. C is a great defender and also has a good shot from a distance when he is given the opportunity. He is a vocal leader on the court and is a big reason the Pickles were successful. His hairline could use some work but he’s a good dude.

At the center position is the heart and soul of the Pickles. His name is Chewbacca. He is a rebounding force and will block any shot that comes in his direction. He is a handsome devil and also a good finisher in the paint. This man went to the supermarket and bought eggplants when we needed them. Only a man with heart and dedication would do that.

The Pickles recently gained Mark the Shark who is a great addition to the squad. He is a skilled rebounder and finisher in the paint. He can also step out and hit a three which will help the Pickles down the stretch.

Another guard for the Pickles is Fro. Fro, unfortunately, got hurt early in the season. His leg got folded like a pretzel and was forced to miss the rest of the season. He did it all the Pickles. He got to the rack with ease and also hit difficult jump shots when the Pickles needed it the most. His loss was huge and a big reason the squad did not go farther in the playoffs. When he heals up, watch out for this team. 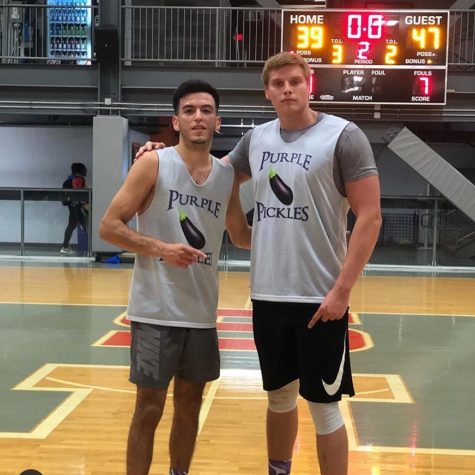 Last and probably least was me. I am the garbage man. I clean up the garbage and also sometimes play like garbage. If you need a guy to score two points and grab three rebounds, then look no further. I came off the bench and did my best when my pickle was called upon.

The Purple Pickles also had two coaches. The coaches were Jimbo and Tom shling ding. They were basically Popovich and Krzyzewski. They made key substitutions and drew up some plays that worked very well. They also called timeouts when we were sucking and told us to get our act together or we would lose the game.

The Pickles had a great season. We won some very close games including one that went into overtime. We had some tough loses but definitely learned a lot from them. Unfortunately, the Pickles lost in the first round of the playoffs to team Heeb. It was a close game, and the Pickles fell just short. It was a great experience playing for this great franchise and next season the Pickles will take home the title for their city.