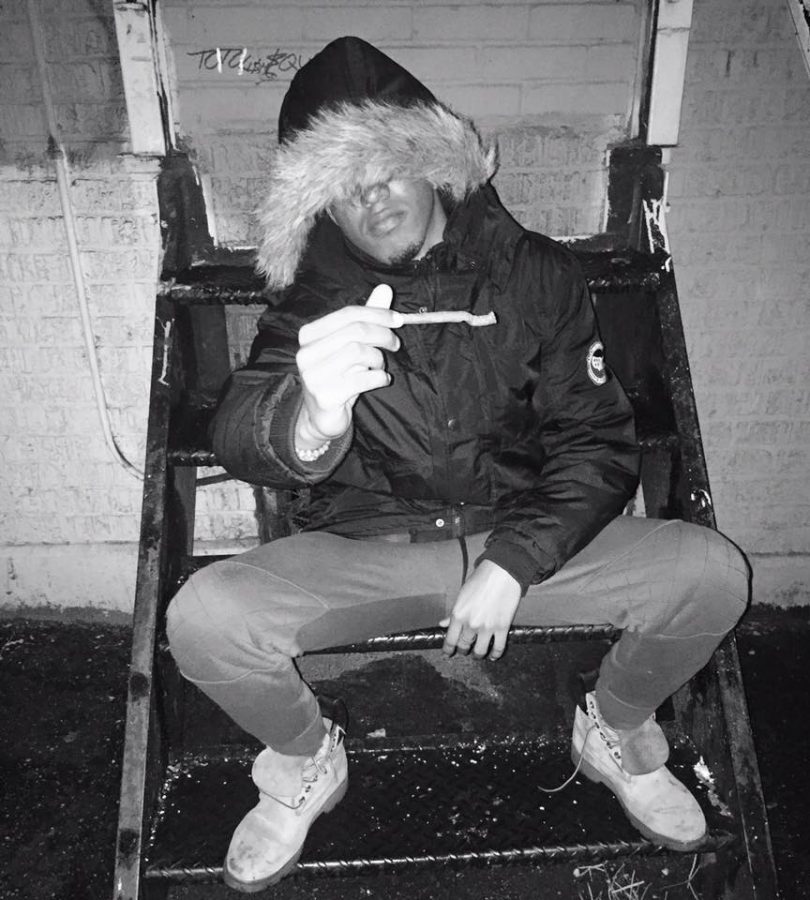 College students make up one of the largest groups of drug abusers nationwide. Young people ages eighteen to twenty-four are already at a heightened risk of addiction.

While attending college may be seem to be all about peace and harmony,  there is something that many students use daily, proudly and secretly across campuses – legal and illegal drugs.

Statistics state that about 31 percent of American college students abuse drugs, and more young people are constantly dying of drug overdoses than those who died in car accidents and making drug abuse the third leading cause of accidental death. In the U.S., one person dies every 19 minutes from a drug overdose, and overdoses involving marijuana, heroin and cocaine now kill more Americans than those involving prescriptions or medicinal drugs.

While there is no universal healthy definition for those using marijuana, most drugs have brutal effects in an individual’s body. They can alter a person’s thinking and judgment, leading to health risks, including addiction, alter their behaviors and can cause infectious disease. Most drugs could potentially harm a human being if drugs are use for the wrong purposes, which then qualifies these individuals as a social stigma, involving their purpose and desire of success.

Marijuana is a big issue that the U.S. faces everyday. Many Americans smoke marijuana, expectedly teens, who usually try it first as a gateway drug.

What is Marijuana? Marijuana is refers to the dried leaves, flowers, stems, and seeds from the hemp plant, cannabis sativa. The plant contains the mind-altering chemical. Marijuana is the most commonly used illicit drug in the United States. Its use is widespread among young people.

Although using marijuana it seems as something evil, immoral and constantly associated with low-income people with low levels in education, there is another side to the usage. The use of this substance among college students can be attributed to a number of factors, namely stress. As students are facing the high demands of coursework, part-time jobs, internships, social obligations and more, many turn to drugs as a way to scape the pressures and demands by society.

Another is course work load. More students than ever are taking stimulants, such as marijuana, to help them stay relax and maintain them awake long enough to study or complete assignments by their due dates.

Curiosity is another. College students are exploring many new aspects of their lives in personal and professional realms. It’s not uncommon for that self-exploration to dip into drug experimentation.

Peer pressure is another factor. College students who are surrounded by other people experimenting the use of drugs are more likely to try these substances for themselves. 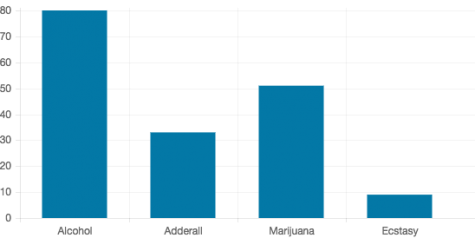 Society’s perception of drugs happens to play a big part in the struggles of these college students. Those who use drugs find it difficult to relate their issues to their parents not only because the parents have in most of the no idea that his or her daughter/son is making these types of substances, but in some cases they are using drugs because their parents are using them as well.

Meet Kirsten Calli. Calli is a 21 year-old senior majoring in Radio and TV production at Mercy College. Calli admits that the most difficult challenge for her is not being able to use marijuana freely, not only because she has never feel the support of her family, but because the things people can say about her just because she is using drugs.

“I started to smoke weed when I came to school. A group of friends smoked weed and they said I should tried. It was a lot of fun, so I just tried. So I been smoking weed ever since. Im not addicted to weed so I can stop at anytime, I choose to smoke weed.”

As her last year at Mercy is coming to an end, Calli reflected on the difference between peer pressure and using drugs as a choice, like in her case.

Often, like Calli, first-time smokers college students are usually tempted by others to start using marijuana for the simple fact that they are using it as well. However, there are cases when they do it just because of curiosity.

We are aware that marijuana is a widespread drug among the young people. Why is because they have friends that is welling to smoke and want to fit in. A marijuana high is one of the most unpredictable of all drug intoxication effects, despite the fact that it is often considered to be a “soft” drug. It maybe considered to be a soft drug, but getting high is another story.

When people are stoned on marijuana, the experience is strongly affected by factors that have little to do with the drug, and are actually due to the sensitivity of the person taking the drug to their surroundings and their feelings about the people they are with.

Meet Christopher Taylor, a music major who is in his final year at Mercy College. Taylor has always used drugs since he was eighteen years old and do it just to get the relax feeling. As the youngest of five, despite the lack of motivation surrounding him to stop using drugs, Taylor reminds himself by being the bigger person and knowing his own limits.

He explained, “I am going to stop eventually, little by little. I really don’t smoke that much and as time progresses I will stop.”

Effects of marijuana on mood and mental state takes a tool on a person body, feeling, emotions, and much more. Marijuana users will typically attempt to control the emotional stimulation they are exposed to while stoned, but this is not always possible. The effects of marijuana on the ability to relax are rather contradictory. While many who become dependent on marijuana do so for the drug’s initial relaxation effects, the rebound effect typically results in a higher level of anxiety in marijuana users. Smoking marijuana can bring upon anxiety were a person can feel like they are going crazy at one point.

Taylor’s sister introduce him to the world of marijuana and he knows that it could damage his body, however despite knowing this, he continues to do so.

Few who use marijuana realize the effects it has on the brain. When a person smokes marijuana, THC quickly passes from the lungs into the bloodstream. THC means tetrahydrocannabinol. The blood from the body carries the chemical to the brain and other organs throughout the body. When people feel high they have the feeling of altered senses, altered sense of time, changes in mood, impaired body movement, difficulty with thinking and problem-solving, and impaired memory.

But there are also long term effects of smoking marijuana. Smoking drugs  may reduce thinking, memory, brain development and learning functions which affect how the brain builds connections between the areas necessary for these functions. This long term effect can be fatal.

Dr. Cynthia Lewis, a health specialist at Bronx Care, is giving the pros and cons of using marijuana as well as the consequences that long term smokers can face.

Here is a visual of the cons of marijuana and how it does affects every organ in the body. 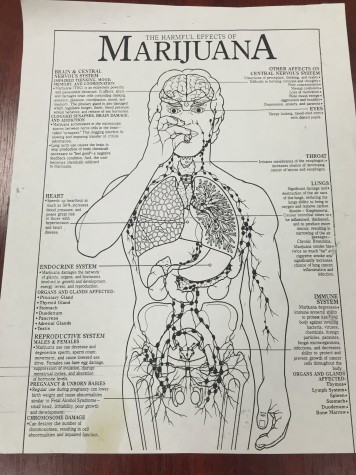 Despite the odds that drugs can cause to the human body, Lewis says that is also a good way to release stress and people need it in a daily basis to handle and scape from their problems.

Take ourselves for example.

We are both seniors at Mercy College and I (Miguel) had done drugs in the past because of peer pressure, because I didn’t know better or just because seeking a scape from daily problems. I (Jose) knew a friend that told me that I should trying smoking marijuana that I would fall in love with it. Once he said that to me, it got me to think about the things it makes me feel. Expectedly about him and how he started to smoke marijuana. I could imagine the first time he tried marijuana – I believe he fell in love with marijuana and is not able to stop. 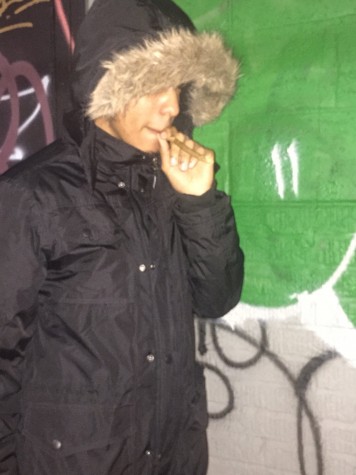 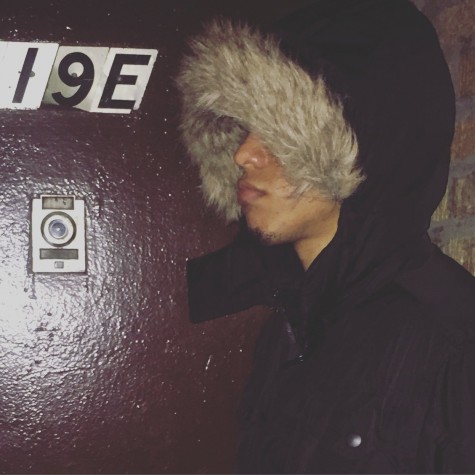 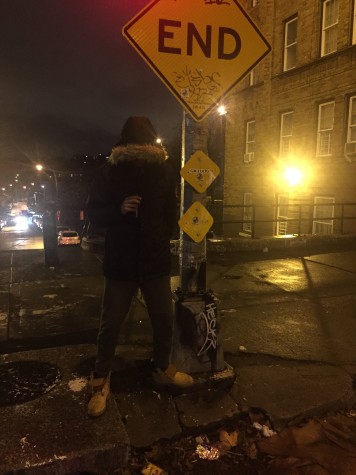 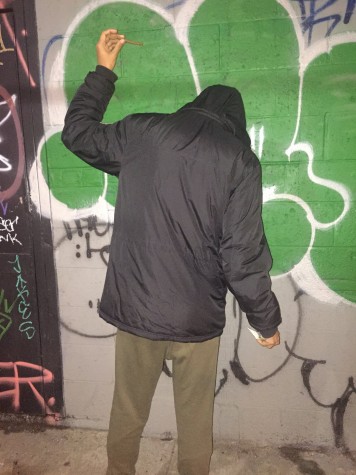 The first time I was introduce to marijuana it was through my brother at the age of thirteen. I didn’t know better and I started to used because plenty of people in the same room were doing it to.. So why not join,right? At the beginning, I used to love the effect care-less it provokes on me, and for me to do not care about something is very hard for I am a very caring person.

Like most individuals, we use drugs to release our problems, as today I can say that i was never addicted to drugs and I just do it when friends invite me to. I never do it by myself. I work part-time to be able to pay for bills and support myself. And by saying this the fact that I smoke weed do not diminished my values and principals as a human being. At least I am mature and have no taboos of talking to issues like this, I am not embarrassing and certainly I am not afraid. I have friends whose parents have accepted their lifestyle in every aspects, including the use of stimulant substance.

The majority of people who use drugs do not know their limits or how to control themselves, and that is when it gets into an issue,specially for innocent ones.

Like in this video. “Babies who are born addicted to drugs.” 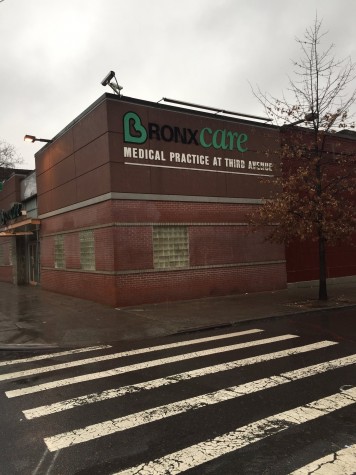 If you need help with drugs: