Feds Want a Bite Out of Apple 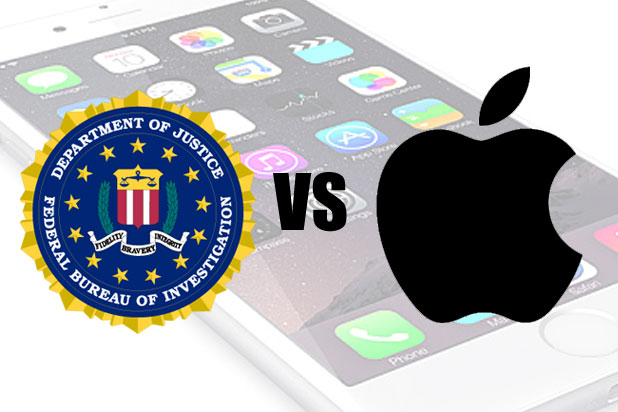 Apple, known for it’s air-tight encryption and making some of the most secure technical devices on the planet. Apple users have been known to store personal information their phones from everything like daily appointments to reminders. The tech giant and the FBI have been in a turbulent debate after an iPhone 5C belonging to one of the shooters of December’s San Bernardino shooting ended up in law enforcement custody.

The iPhone which belonged to Syed Farook is currently locked is believed to have information that may lead to motive behind the deadly shooting.

Last month, at the request of the Justice Department, a federal judge ordered Apple to comply with law enforcement.

Currently Apple’s encryption locks a phone after 10 failed passcode attempts. Apple’s essential claim is that by complying with law enforcement the tasks being asked of them would set a dangerous precedent.

Apple CEO Tim Cook stated that the FBI’s request to making a “backdoor to the iPhone… The technique can be used over and over again, on any number of devices.” If a compromising code is written into a securely encrypted system, it can’t be undone, thus making everyone’s device more vulnerable.

Steve Wozniak, one of Apple’s first coders and co-founder weighed his opinion in an interview with ABC News stating that after having written two codes himself that could have been viruses and them throwing them away “These are dangerous, dangerous things, and if some code gets written in an Apple product that lets people in, bad people are going to find their way to it..”

He also added that once a code like this is created and enforced, there’s a good chance that hackers can get their hands on it.

Tanisha Bradshaw, a senior at Mercy stated, that “I feel that Apple should write the code. In this case, it deals with public safety.”

She then added that “saying that writing a code that compromises all iPhones is a bit of a lie.”

It’s with that notion that Mount Vernon High School student, Taevon Allen, disagrees with. “You can’t expect this code to stay with just the FBI. If the FBI gets it then local enforcement will want it too. It’ll get abused.”

What’s all the hullabaloo about? Why can’t Apple just unlock the iPhone? Well, that’s precisely the problem. They can’t. Apple’s encryption system is written specifically to keep these keys out of their own hands, so that hacking doesn’t happen. This also helps when something is asked to be turned over as well. If you don’t have something, you can’t necessarily give it up.

The FBI now wants apple to create another operating system (OS) that would allow them to run multiple pass codes through the phone in somewhat of a force attack.

In order to get Apple to comply to its wishes, The FBI is trying to use a law that dates  well before any type of modern technology in 1789 – The All Writs Act. This law states that “The Supreme Court and all courts established by Act of Congress may issue all writs necessary or appropriate in aid of their respective jurisdictions and agreeable to the usages and principles of law.”

A writ is just a fancy term for a formal order, almost like a warrant, that compels subjects in question to follow the orders given to them.

Apple is arguing that by using this law to get what the want, the FBI is stretching it. And it’s true, The All Writs act was apart of the of the Judiciary act of 1789 and was signed by George Washington himself during one of the first session of the United States congress.

Many Cyber experts have weighed their opinion as well.

Ben Adida, VP of engineering at Clever wrote in a blog post that “I’m on Apple’s side but not for Apple’s stated reasons … We’re not dealing with a universal backdoor request, we’re misleading the public if we say that.”

Phillip Rogaway, a professor and cryptographer at UC Davis, agrees that the threat isn’t as simple as it seems.

In a statement to Yahoo News, he stated that “It’s not really the encryption that’s being broken but a piece of the security architecture… These aren’t cryptographic matters; these are operating system protections.”

Janelle Canopy, Junior at the University of Illinois feels the opposite, “I feel as though Apple should help unlock the phone in this matter. It is a national issue.”

Although the subject of a national debate that has been going on in the country since the start of the digital age, it seems as though a lot of students at Mercy are unaware of the issue at hand.

When asked how they felt about the imposing risk of a breach of privacy, many students were indifferent to the idea, while others felt that for this particular instance a compromising code should be written to ensure the safety of millions.

In April, it was reported that the FBI paid at least $1.3 million to break into Farook’s iPhone, but here’s the kicker, the FBI will not reveal to Apple how they were able to break into the San Bernardino terrorist’s iPhone.

Several individuals of the Mercy student body had some insight on the ongoing battle between Apple and the FBI. John Yoon, the Head  of Cybersecurity of the B.S. and M.S. Program at Mercy, gave his input on the situation.

“Apple has very strong techniques and privacy management. The FBI wants to see any possible hidden connections from those guys, people who have been talking with those terrorists, people who had plans them.”

Yoon understands the frustration between the two sides, but believes that Apple should find establish some ideas to make their software stronger and more efficient.

“I understand the FBIs concern and I understand Apple’s concern. They need to develop ways, a plan A or plan B, to replace the old one with a better and stronger software.”

He also goes onto to say that there will be always a threat out there, but the country has laws out there to protect citizens.

“There’s always a threat, but we have laws to protect people from any violence.”

Yoon goes on to mention that there is no perfect technology out there, but believes that if there is no threat, there is no room for development.

“There is no perfect, powerful, and flawless technologies that can protect our assets and our computers from any threats. It’s almost impossible. But if there is not threat, there is no development to protect it, or prevent it.”

Senior media major Devin Thomas has the same stance with Yoon, but believes that some agreement must be met to resolve the issue.

“Apple has the right to keeps its users private, but I feel like the FBI needs to step in and have some kind of agreement.”

But he understands most of the frustration behind it, especially from the FBI, because this unfortunate event was big news for a couple of weeks.

“In terms of mass shootings or terrorist attacks, then the FBI should have the right to say, hey, we need this phone to solve a terrorist case.”

After it was reported the FBI paid money to hack into someone’s phone, Thomas feels that Apple should have been notified about the situation to better improve their software.

“If they found a way to get into the phone, Apple should have been notified of that.”

Recently, it has been reported that there has been a petition started by a privacy advocacy group called Fight for the Future, wants FBI director James Comey to resign over the controversy. They claim that he has “fallen off the rails” and criticized his “crusade” against encryption. The petition has garnered over 7,500 signatures. On its petition page, they state his missions against encryption is an attack on their “civil liberties” and it is an attack on their “security and public safety.”

The campaign director for Fight for the Future stated that the petition was meant to send a message to Comey instead of forcing him out of office.

Privacy was one of the main topics that came up in this controversy, and if the government should have access to our devices. Thomas believes that it is something that people are entitled to, including Apple.

But he does not know how much privacy people are going to get, now that the FBI is getting access to people’s phones.

“Now that the FBI has a way of getting into our iPhones, I don’t know how safe people are going to feel anymore.”