The Challenges Of Black Hair 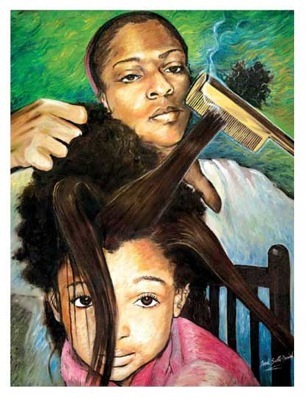 Black women in America have been brain washed for years into thinking that their natural hair is not beautiful because it is not straight like other race’s hair. Feeling that they have bad hair, black women has permed their hair to make it straight. A perm is a hairstyle produced by setting the hair in waves or curls and then treating it with chemicals so that the style lasts for several months.

But when a perm is used over and over again it begins to deprive the hair of nutrients and break it down. They’re for making the hair weak causing it to break off. When a perm is left in too long it begins to burn the scalp causing the skin to turn red and ooze. If the person scratches their scalp a lot prior to getting the perm, their scalp will burn when the perm is being applied. But if the perm is not left in long enough to break the hair down to a straight form then it will not work. By going through this process Black women are containing what has been known to be as the “(Expletive) naps.”

The only reason that black people perm their hair is because it’s referred to being nappy. If someone’s hair is often being associated with bad hair they want to change it. Nobody wants to be told the hair that grows out of his or her hair is nappy. In 2009 perm sales grew to 179 million, but in the last five years perm sales have dropped 26 percent. Black women are starting to wear their hair natural because they are starting to understand the damage that a perm does to their hair. From 2013 to 2014 black women have claimed to wear their hair natural. 53 percent have worn braids and 41 percent have worn dread locks.

Growing up I always wore braids in my hair and I gradually started wearing weaves in high school. I often was asked is your hair a weave? Is it fake? I have even heard the typical stereotypes that if you wear a weave its horsehair.

When I did not wear a weave and I wore my real hair I was often told you have long hair for a black girl or you have nice hair for a black girl. A couple of weeks ago I was in a Dominican hair saloon getting my hair blown out. A white woman walked into the shop asking questions about dying hair to the employees. She then ask can you guys dye my hair or do you only do hair like that and she pointed and looked at me. I was instantly offended, she referred to my hair as if there’s something wrong with it. I remember when I received my first perm, I was told that it was going to make my hair straight and easier to tame. My mom permed my hair for the first time when I was in the seventh grade. It did make my hair straightener and I liked it but as I kept getting perms I didn’t realize it was damaging my hair. After my fifth perm, my hair started to break off. Due to all the damage the perm caused to my hair my mother had no choice but to cut off the broken parts of my hair. I cried badly because my hair was so short it could not even fit into a ponytail. My hair was long before I had a perm. 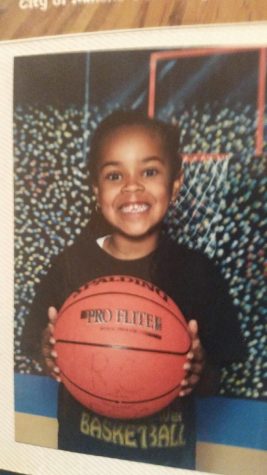 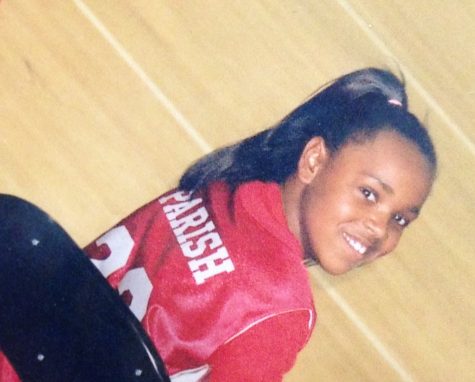 Natural hair versus cooperate work place has been an ongoing battle for years. In cooperate America, afros, braids, twist and dread locks are considered to be unprofessional. What’s wrong with a black person wearing their hair the way it has grown out of the roots of their hair? The fact of the matter is that because black people’s hair is not straight like other races hair so it’s considered to be nappy.  America wants black people to come into the work place and blend in with all the other employees. So to blend in black women will straighten they’re for work or they will wear weaves. But the issue with black women straightening their hair all the time can damage black hair because it’s sensitive. So imagine black women damaging their hair everyday to fit into to cooperate America’s standards.  In 2001 the dean of Hampton University’s business school passed a rule stating black males are not allowed to wear cornrows or dread locks if they are to attend the historical black colleges business school. The dean feels that wearing dread locks and cornrows are unprofessional. He feels graduates are more likely to get a job if they do not wear their hair in cornrows and dread locks. The black community was in an uproar over this issue because a HBCU is supposed to promote positivity within black students. But the dean has stood by his decision for 15 years now.

“ Dear white people please touching my hair, does this look like a petting zoo”? This was a quote from the movie Dear White People. A huge pet peeve that black women have when it pertains to their hair is when everybody wants to touch it because they are curious to know how it gets like that. To make things worse people will touch a black woman’s hair without her permission. As other races may be very curious about a black woman’s hair and mean to compliment it. But it actually comes off as a fasciation with something they do not understand rather so than a compliment. It’s not a compliment to be flattered in a sense to be examined like an exotic creature. Having your hair touched or being petted to feel the texture of your hair does not feel good. I recall a time I wore my Afro to college because I did not feel like straitening it for school the next day. When I went into the library at school all my white friends came up to me while I was sitting down. They said “oh my god look at your hair”. They immediately asked “can I touch it” not wanting to be rude I said yes you guys can touch it. It went from a couple of close friends touching my hair to then strangers touching it. A random girl said, “ It’s so soft like a sponge”. My hair went from being complimented to dissected with in five minutes. I began to feel uncomfortable because there was too much attention being drawn to my hair.

6 out of 10 black women wear a wig, weave or an extension. People assume black women wear extension because they do not have a lot of hair but that is not true. A weave is a form of an extensions and it is also used as a protection method for black women’s hair. A black woman’s natural hair is braided then extensions are weaved into her hair. This helps protect her hair from the heat that is applied to her hair. Because when a black woman straightens her hair a lot it begins to break. But when her hair is in a weave the weave is what is being straightened the whole time. By leaving the natural hair braided this allows the hair to grow.

Black women take a lot of pride in the way their hair looks making the hair care industry a potentially 500 billion dollar industry. 1.1 billion is spent on hair extensions, wigs and weaves. It can cost the average woman $150 to $300 just to have her weave installed. Custom made wigs that are made just to fit certain consumers can cost from $800 to $3000 dollars .Why do black women spend such ridiculous prices on their hair? The average person’s hair grows about half an inch every month but black women’s hair grows at a slower rate. So when they wear weaves they can buy the weave to any length that they want. Black women’s hair is sensitive to colder climates; the winter season can make the hair dry and fragile. By weaving the hair up during the winter it preserves the hair. The most important reason of them all in why black women spend so much money on their hair is the convenience aspect of things. When a black woman wears her natural hair there is no such thing as wake up and go to work. Some kind of applying or work has to be done to the hair because it’s delicate. It has to be taken care of every single day or it can be damaged. But when a black woman wears a weave they can wake up and get started with their day. 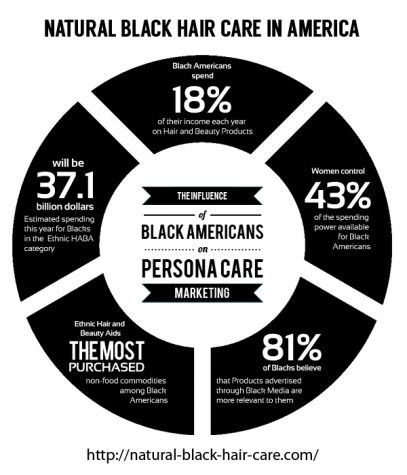 In 2016 black women are becoming more comfortable wearing their natural hair. It’s referred to as the Afrocentric look, they stop perming their hair and they wear Afros, weaves and braids. Afrocentric style is about getting in touch with your natural self and showing your inner beauty. Every year BET host the its annual black girls rock award show. Black female celebrity’s attend the show and receive awards and talk about how being a black girl rocks. This show supports the black women Afrocentric look and empowers them to love themselves.