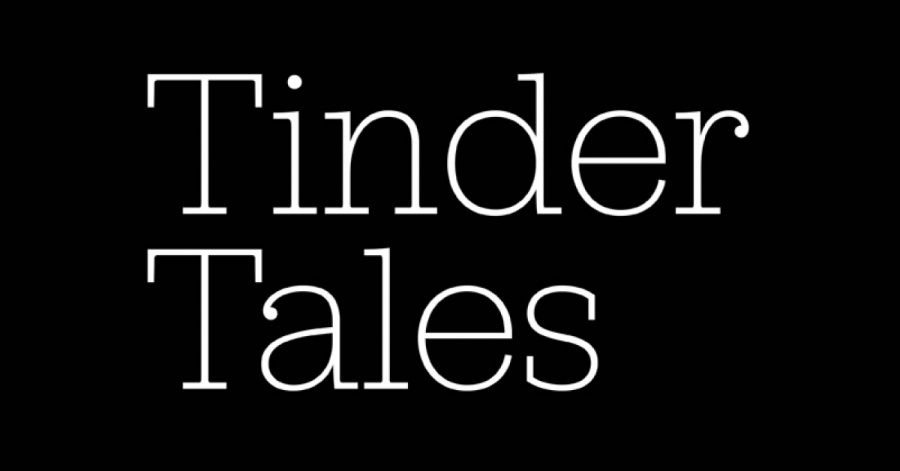 Ever since chat rooms and instant messaging were first introduced to internet servers in 1995, there has always been a taboo surrounding online dating. At first, sites like Match.com and eHarmony ruled the online dating field, but then, we stepped into the 21st century. Nowadays, there are so many apps that people can download onto their phones to have instant access to a whole network of local singles. There’s apps like Coffee Meets Bagel, Soul Swipe, Bumble, Grindr, and even Christian Mingle, but I’m here to talk about the big one: Tinder. 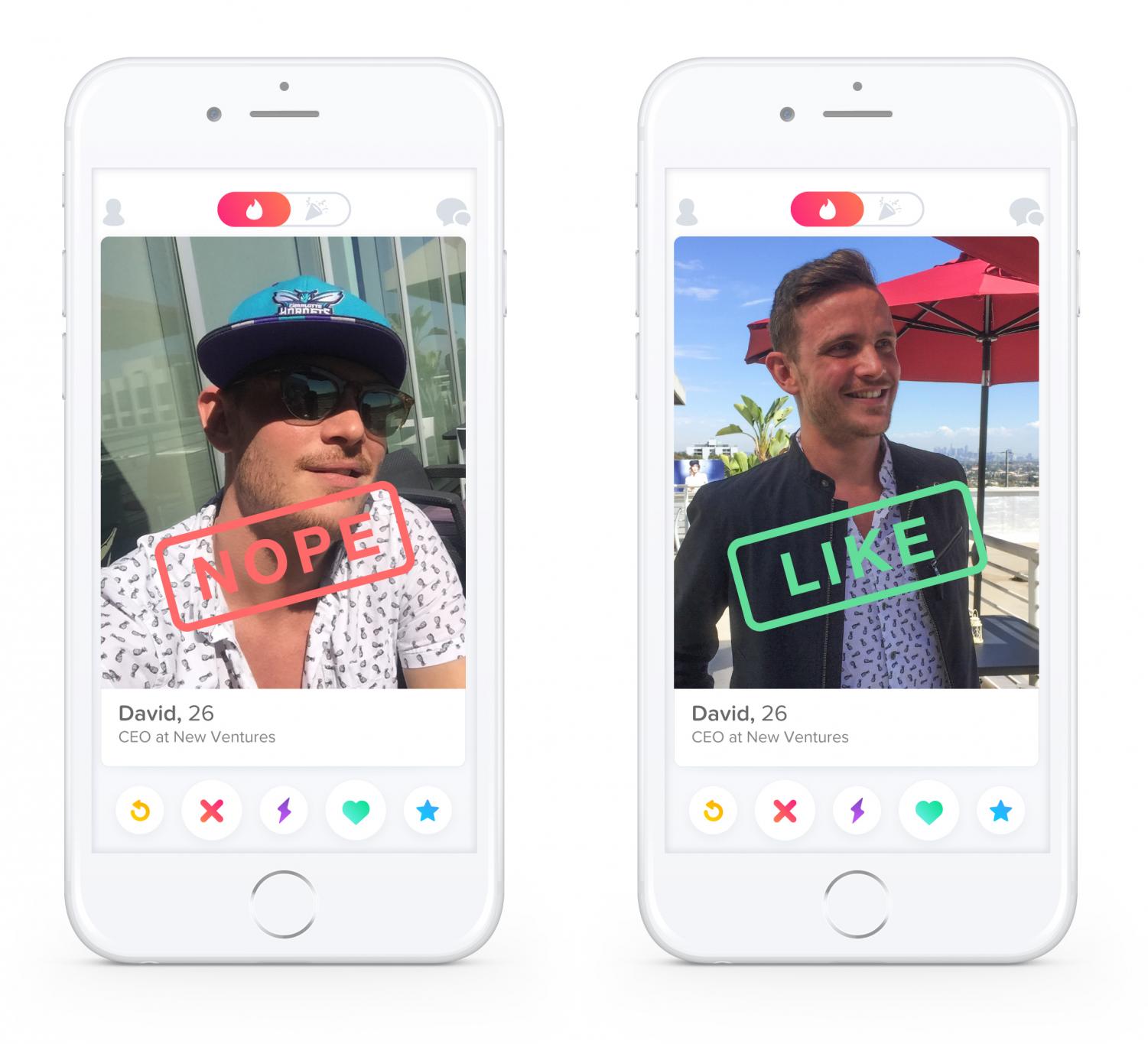 When it came down to interviewing people about their Tinder experiences, no one wanted to breathe a word about their perils of the digital dating-scape. Granted, I was accompanied by a fully functioning camera crew of one and had a microphone that could have easily been used back in the 90s so it was natural that people were shy to talk. Let’s be honest, would you openly talk about your nightly swiping ritual with someone who introduces herself as a writer for the school newspaper? That being said, I decided to turn the camera on myself for once.

I have no qualms about being a participant in the shenanigans that take place on Tinder. At one point, I was encouraging everyone I know to download the app.

When I first found my way onto Tinder, I wasn’t sure what I should expect, and truth be told, I was a little embarrassed to even say that I was using an app to find guys. It was my opinion that dating apps and websites are for people that have found themselves in their forties and single, not a 20-something that’s in college. But to my surprise, I ended up not only finding new prospectives, but also former classmates who were using the app too.

In high school, I was so wrapped up in my own teen angst and chasing after the athletes (yes, I’ll be the first to admit that I was a cleat chaser) that I would never have given a guy like this a second glance. However, it seemed that the more I talked to my newfound match, the more I realized that if he and I had dated in high school, it might have actually worked out, at least for a little while. 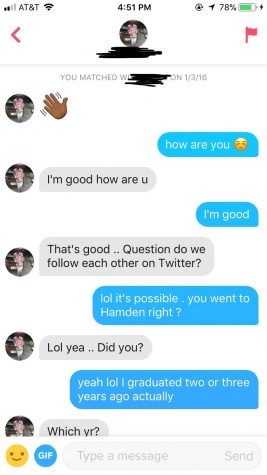 It’s hard to get a true sense of what Tinder is really like until you download the app and start swiping. I thought that maybe I would find my Prince Charming just with a swipe of my thumb.

Man, was I wrong!

Everything started out great. He was sweet, funny, had a whole arsenal of corny jokes and puns, and was constantly focused on me, but then, reality set in. While I was away at school in New York, he was still stuck in Connecticut and I didn’t have a car, let alone a license, so the likelihood of us actually meeting face to face was slim to none until I came home for breaks.

Thankfully, I am not the only one who almost never takes the conversation past the app or a few texts exchanged. 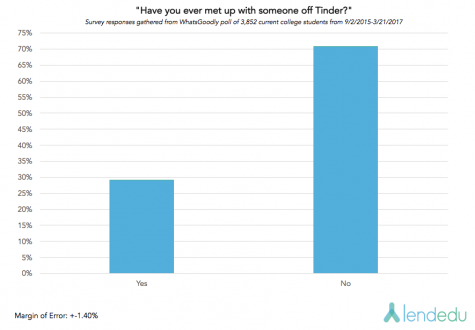 After a few months of relentless arguing, I happened to stumble onto his Snapchat where he was openly flaunting his relationship with another female. It was safe to say that that relationship wasn’t going to work out, so it was back to the drawing board for me. I tried to comfort myself in the fact that not all guys were going to end up being like him, so, nevertheless I persisted. In fact, in a study conducted by eHarmony, it was found that 60 percent of female Tinder users were interested in finding “a match, not just a hookup.”

Given the fact that I was a little out of practice from using the app, due to a couple months of wasted time, I didn’t know what was waiting to roll out the welcome mat for me. There were definitely a few matches that went down in history as my favorites. For example, one of my matches tried to use his Tinder profile as a way to sell cars. 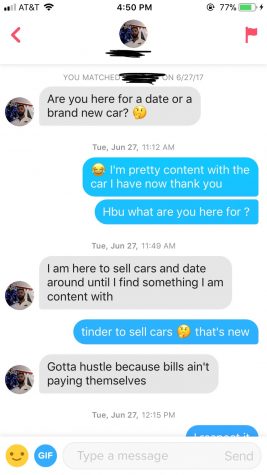 I give him points for effort and originality, but it took me off guard when I first read the message. I’m used to a lot of casual, “Hey, how are you,” or random heart-eyes emojis but this guy takes the cake for having one of the best pickup lines in my entire time on Tinder.I continued to swipe left and right mindlessly so if I saw this man on the street, I wouldn’t be able to pick him out of a crowd, but his Tinder pictures sure made it hard to pass up on continuing the conversation.

eHarmony reaffirmed this shallow aspect of digital dating by conducting research about how much weight the physical appearance really held. It was found that 49 percent of people surveyed “say they are looking for someone with physical characteristics they are attracted to.”

Then there’s the Beard Bump.

I didn’t know that such a bizarre stat existed, but I decided to test my theory on my own Tinder matches. Turns out, they might be onto something.

Whenever I came across a guy who was sporting the clean-shaven look, I made sure to double check his age. Nine times out of ten, I would think that he was someone who lied about his age to get onto Facebook and in turn, onto Tinder. The beard definitely helps the guys’ cases, but ladies, don’t be a victim of beard catfishing.

Not sure what I mean? Well, there is such a thing as “hat-fishing” which happens when you find someone extremely attractive but every single picture of them features them with a hat on. So when you finally do see your dream guy without a hat on, he isn’t as dreamy as you thought and the fantasy is instantly gone. Imagine how quickly the fluffy clouds will dissipate once he shaves that luscious beard of his.

But the trials and tribulations of Tinder don’t stop at aesthetics. Throughout my three grueling years on Tinder, I have come into contact with a handful of guys with no formal sense of reality whatsoever.

Meet Exhibit A: The Frenchman. 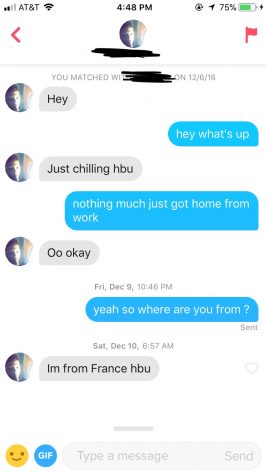 I know what you all are thinking. Chelsea, give him a chance, maybe he’s an international student, or he’s chasing the American dream in the states. Nope, I checked. He is a true Frenchman. He was here visiting family for a few weeks only to hop back on the first flight to the city of lights. I’m sure he was looking for his forever soulmate.

Now, Exhibit B: The Musical Jetsetter. 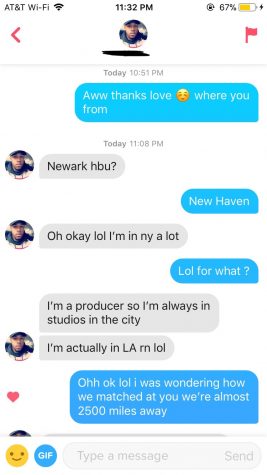 I felt as though maybe he needed a higher dosage of reality. I am all for someone who constantly working to better their craft but I am also a realist. I’m not going to sit by the phone and wait for you to come back from halfway across the country especially if you turn out to be boring. That may come off as harsh but I am only stating the facts here.

Both guys fit nowhere into my range of date-ability, and that being said, the odds were already stacked high against us. It’s been proven that location matters the most when it all comes down to it. Studies have shown that people are 54 percent more likely to follow through with their hookups if they are within a one mile radius. The further away that you get from your Tinder match, your odds are cut in half. Brings a whole new meaning to keeping your friends close, doesn’t it?

No one wants to openly admit that they have needed the aid of a dating app to revive their love lives, especially if they’re involved heavily within their church. But don’t worry, Tinder is for everybody. In fact, Tinder has a surprisingly large Mormon following.

But then again, Mormons do believe in having multiple marriages so who’s to say that they don’t find their new wives on Tinder?

All of the religious conversation aside, I feel as though something needs to be said about the gender gap on Tinder. Female users of the app should not be viewed in a desperate light, especially when men are more inclined to use the app to not only look for hookups but for relationships, friendships, etc. Seems like our male counterparts are just as eager  for companionship as we are.

Overall, your experiences with Tinder can be great or downright horrendous. In my case, I chose to turn my heartbreak into a positive by picking myself up, dusting myself off, and getting right back to swiping. Sadly, I still have yet to find my Prince Charming but that isn’t to say that he isn’t still out there. Who knows, maybe I will match with him tomorrow. But for now, all I have are my “Tinder Tales” to keep me company and my matches to keep me entertained and on my toes. Keep swiping, friends.