Humans Of The LGBTQ Community 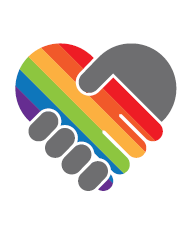 Did you know in 1969, it was still illegal for people of the LGBT community to meet in public places and bars and that they were regularly target by law enforcement? Back then, being homosexual was still considered a mental disorder by the American Psychological Association, which caused people in the LGBT community to undergo electroconvulsive therapy, but that didn’t stop them from fighting back. On June 28, 1969, the LGBT community fought back starting three days of riots and protests that began the LGBT rights movement in today’s day and age.

Coming out within the LGBTQ community is not always easy, in fact most people would say that coming out is one of the most nerve-wrecking things that they will ever have to do. Yet five individuals who have had coming out experience step forward. 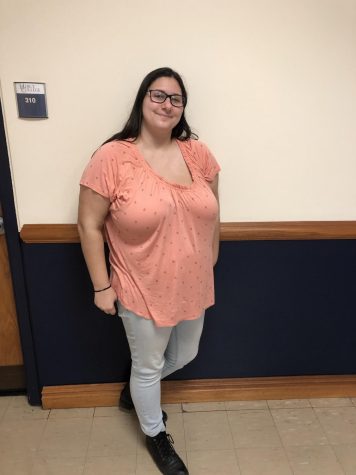 This is Victoria Leonardi. Victoria is from Long Island and is currently a sophomore Vet Tech Major at Mercy College. She identifies as a bisexual woman who came out when she was 16 years old. Victoria’s coming out experience was very well for the most part, her parents were very supportive and caring but she did have a friend that she ended up catching feelings for and that didn’t end up going to well but other than that, everyone in her life was supportive. When Victoria first came out, she was feeling very confused and it was difficult for her to accept her sexuality, but now, over time, it has become a lot easier for her to accept and she has been meeting a lot of supportive people that have been there for her. Victoria’s advice to people on coming out is to do so when you are ready and that is is ok if sometimes family doesn’t support you because one way or another, you will have someone who supports you. She also said don’t rush to give yourself a label and don’t let what anyone else says make you feel like your feelings aren’t important and don’t let anyone tell you that it’s not ok to feel different. 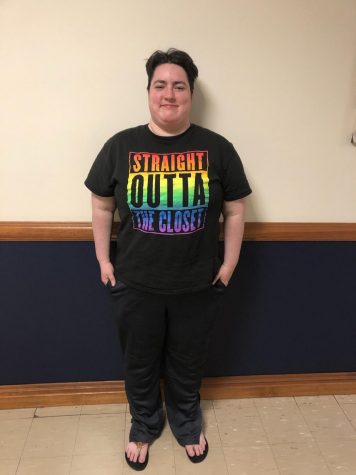 Damian Tichenor is from Croton, New York and is a transfer freshman film major at Mercy College who identifies as a female to male transgender as well as gay who came out when he was 14 years old. When talking about what his experience was like, Damian stated that most of his relatives were supportive with his transition as well as his sexuality, but that his dad thought it was a phase and asked him to cut it out. When Damian first came out, he felt scared at first, but after he came out, he felt relieved that he got it done and now he is very open about his sexuality. If you are struggling with coming out, Damian says definitely wait until you are ready and feel comfortable to come out and to have a backup plan just in case it doesn’t turn out well. 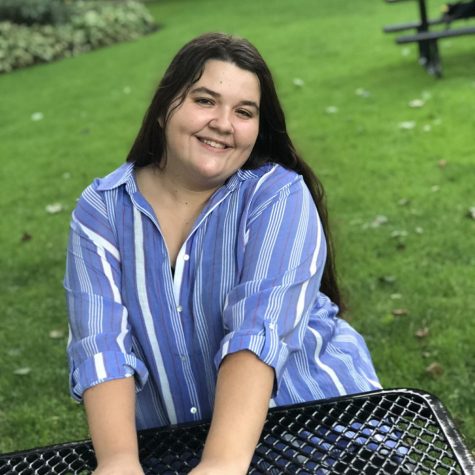 This is Liliana Surgent. Liliana, who also goes by Lily, graduated from Sayreville War Memorial High School in June of 2018 and now is a freshman English major at The College Of Saint Rose in Albany, New York. Lily identifies as a bisexual woman who came out at the age of 16 to mixed reviews. As for her parents, coming out was great, they were very accepting and supportive, but in school, there were mixed reactions. Some people talked bad about her in a mean way out of fear of thinking that she could possibly have a crush on them simply because she identifies as bisexual, but overall, thankfully for the most part, she has many accepting people in her life. When asked what advice she would give people on coming out, Lily said that if you feel safe coming out, then do so, but your safety is most important and if you don’t have a safe outlet, reach out to hotlines or accepting friends and always remember that you are loved and supported by the whole LGBTQ community and allies of the community. 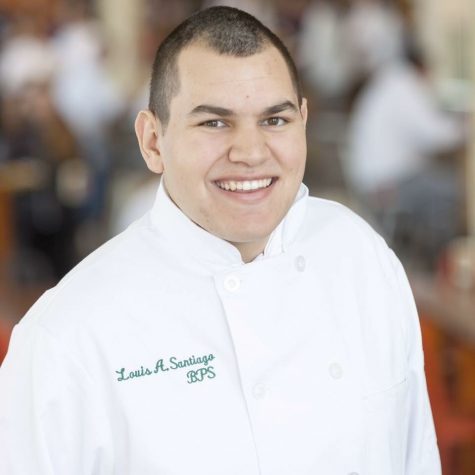 Louis Santiago is a gay man from Sayreville, New Jersey who came out when he was 19 years old. He also graduated from Sayreville War Memorial High School in June of 2015. After graduating from high school, Louis earned two degrees over three years, the first degree was an associates in culinary arts from which he graduated from in April of 2017 and his second degree being a bachelor’s of business administration and a concentration in Italian cuisine which he completed in one year graduating in July of 2018. His experience coming out was not the best experience. His family still isn’t past the fact that he is gay and he feels sad that his family can’t support him like he sees other families support their children regardless of their sexuality yet his family still runs away from the issue. Louis stated that during the time that he made it social media official, his grandfather was very ill and ended up passing away a few weeks later and his dad told him that he was being selfish and that him and his grandfather didn’t need to know and that he was being a horrible person for doing what he had did and that he was shoving his sexuality down people’s throats and that he didn’t want to learn about his sexuality and that he still isn’t over it.

Louis stated that going to college was the best thing that ever happened to him because Sayreville is not a great place to be a part of the LGBTQ community as there are very little people that are apart of the community and no direction to go in. If you are struggling to come out, Louis wants you to know that it is okay to be different and that you should not let anyone tell you that you’re not good enough. He wants you to remember that you are amazing and that everything happens for a reason, never be afraid to hide yourself because there are plenty of people who are there for you, including himself. 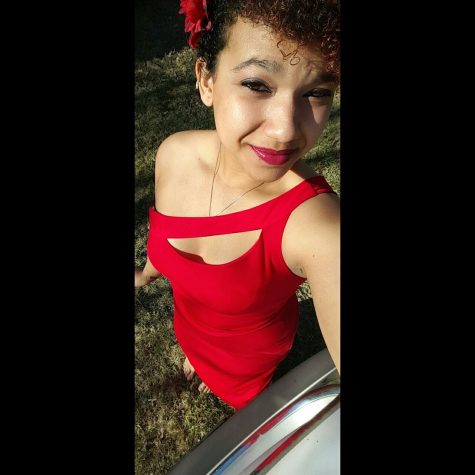 Bailey Wiseman is also from Sayreville, New Jersey. She also graduated from Sayreville War Memorial High School in June of 2015 and identifies as a bisexual woman. Bailey does not go to school at the moment but she does work full time as customer service rep for a wine company. Bailey came out as bisexual when she was just 14 years old and stated that her coming out experience was weird nonetheless as her grandmother, who was her legal guardian, didn’t really believe her.

Back then, Bailey stated that her sexuality put a strain on her relationship with her family as they didn’t believe that she could be attracted to both men and women and basically kept telling her that it was just a phase, even after she brought females home and introduced them as her girlfriend, they still didn’t get it. Now, it doesn’t really affect her because she is in a relationship with a male who is also bisexual so people will still have doubt in them because they are both bisexual and in a relationship. Lastly, the advice that Bailey would give to people on coming out is to come out sooner rather than later because the reasons to why you are still in the closet are the exact same reasons you should come out and that parents, judgmental friends as well as society won’t accept you until you accept yourself.

I will leave you with this, myself as well as the people mentioned above know from our own experiences that coming out is extremely difficult, but it will get better. No matter what others have to say, don’t lose sight of the person that you have become because you are loved by so many people who care and support you. Yes, there will be times where you feel like you can’t do it anymore and there are times where it will be so tough to the point where you just want to break down, but you will pull through it, no matter what happens, you will pull through it and someone out there supports you whether it’s your family or not.

The advice that I would give to you on coming out myself is don’t feel pressured to come out, come out when you feel comfortable doing and always remember that you are worth something and that you are loved by so many people, don’t let anyone try and change the person that you are because you are different, because being different is an amazing trait to have in my opinion.