Fulbright Scholar Having An Impact On Her Students At Mercy 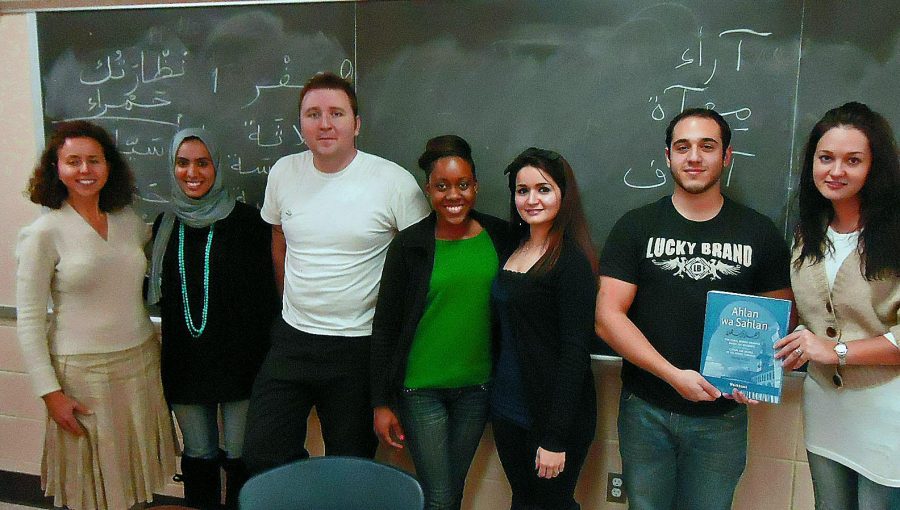 She has left behind her family, her friends, and her home to advance her career in teaching. Yet she is no stranger to taking chances and showing courage.

The School of Liberal Arts has welcomed Heba Hasan, a Fulbright Language Teaching Assistant, for the 2011-2012 academic year. The FLTA allows educators from around the world to enhance their teaching abilities, further their understanding of American customs, and serve as representatives of their home cultures by working with students in the United States.

Hasan is from Bahrain, an island in the Persian Gulf. She is fluent in three different languages Arabic, English, and French. She attended the University of Bahrain and received her Bachelor’s Degree in English Literature with a minor in Information Technology.

Hasan walks among all of us and blends in with our student body. After only being in the United States for a little over two months, she is enrolled in three English classes and dorms at the Renaissance hotel.

“Everyone is so friendly and helpful.”

As a young girl she was preordained to become a teacher, just like her three brothers and two sisters.

“My grandmother told my mother that all her children were to become teachers. My mother was the first to teach in my family.”

Being in the FLTA Program Hasan earned a scholarship and was assigned to attend Mercy College to help educate students about the Arabic Language. She will be assisting Dr. Habiba Boumlik with the students enrolled in an Arabic course.

“Arabic is the sixth most common language used, its fast growing, and in high demand in business and colleges.”

Arabic language is spoken mostly in North Africa and the Middle East. Classical and Modern Standard are two main types of written Arabic and neither are easy to learn. The Arabic alphabet contains 28 letters which are written in horizontal lines from right to left.

Such an daunting task for some students, yet Hasan feels that students benefit from learning Arabic.

“Students can and should be exposed to the opportunity to be different in life and in education, just like I am doing here.”

In the months after Sept. 11, there was a sense of urgency nationwide about increasing the number of Arabic speakers, according to the NY Times. This means that an Arabic speaker will find that knowing and understanding the language will be a good asset for his or her career, specifically in government agencies.

There are only 15 colleges in New York that offer Arabic Language courses. So students should take this unique opportunity that Mercy College has to offer.

“I want to expose to professors, staff, faculty, and students about Arabic language. It’s a mercy to be at Mercy.”