Mercy Community Weighs In On Death of Dictator Gaddafi 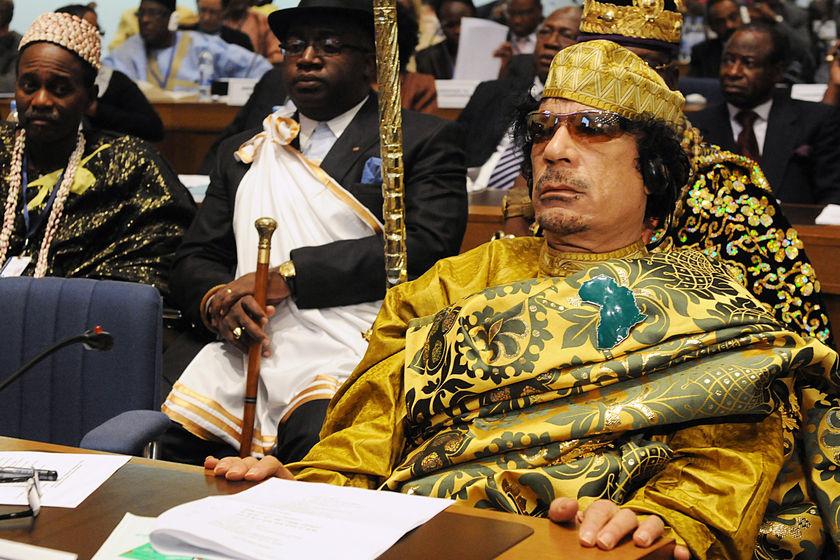 Gaddafi remained defiant to the end in regard to his hold over Libya.

Never before has the world seen a leader so eccentric, so complex, flamboyant, controversial, extravagant as former Libyan leader Moammar Gaddafi. He was referred to as “the brother leader” and the “King of Kings of Africa.” Former U.S. president Ronald Reagan called him “the Mad Dog” of the Middle East.

The Libyan National Liberation Army captured him Oct. 20, and he was killed after being shot and beaten in the streets.

Gaddafi came into power in 1975. For 42 years, he ruled Libya with an iron fist . As the leader of the Libyan people, he held no elections, he eliminated the opposition, refused to name a successor, and said he would not leave power to anyone.

In early 2011, an Arab uprising erupted in the Middle East, beginning with Tunisia, as the  uprising spread across the Arab world where the Arabs sought to overthrow dictators and enter into a democratic society. Libyans were no exception, as they too caught the revolution bug and began rioting, asking Gaddafi to step down. Gadaffi was defiant, going on television saying he would not leave Libya and would destroy “the rats,” referring to the rebels who had vowed to take over Libya and ousted the colonel.

The battle for Tripoli began as the world watched anxiously waiting to see what would happen to Gaddafi. President Barack Obama announced he was sending American forces to bring down Gaddafi’s government, yet the “Mad Dog” then went on the state television and said the international action against Libya was “simply a colonial crusader aggression that may ignite another large-scale crusader.”

On the morning of Oct. 20, Gaddafi was dead, said national media outlets. Within minutes, grotesque pictures and videos circulated showing the violent last minutes of the Libyan leader. To date there are still conflicting stories about how Gaddafi met his end. The rebels claim a fight between the rebels and Gaddafi loyalists ensued, and the colonel was shot in the crossfire while others claim his bodyguard shot him to spare him the humiliation and indignity of capture.

Some people have condemned the way in which Gaddafi died.

“He was assassinated. It was a typical execution case. Whoever did it took it upon himself to kill him,” said the head of the history department, Prof. Manuel Santapau. “But that is what is known as a ‘fog of war.’ In a heated fight, a soldier may even shoot his own men.

Heba Hasan, a Fulbright Language Teaching Assistant from Bahrain, agrees that the way Gaddafi met his end was unacceptable.

While others do not condone the violence, they do not think a trial would have been beneficial.

Professor of Middle Eastern studies, Andre Gaspari, said “He had no possibility of being exonerated, so why engineer a show trial as if there is no pre-determined outcome? I don’t see any moral weight in it.”

Mercy student Roula Moustapha, who is of Syrian descent, added that while Gaddafi was a tyrant, she has read in Middle Eastern media that Gaddafi did accomplish some beneficial things for his country, and he doubts the American media would focus on that type of information.  “It is not an easy job being a leader of a country and most people don’t take that into account. They just want what’s best for them, and if that doesn’t happen immediately, they go crazy and don’t look at the big picture.”

She claims that the world is circulating much propaganda about the Libyan leader’s death, and that she has stopped following the coverage altogether.

I can’t say how I would react to an unjust ruler, but I know that I would definitely not gloat and laugh at his bleeding dead face. If people are asking for respect, they should expect to also hand it out.”

Santapau said it will be very interesting to see how Libya survives in the post-Gaddafi era with the new regime.

“There is some discord in Libya; they will need to settle these internal challenges before Libya forms a reasonable, cohesive government. He also feels that it is not a good idea to hope for a pro -West outcome because it would be duly optimistic just for the fact that with Gaddafi, in a certain sense, in his own way, was predictable in his position towards the West. But now, we don’t know anything. Without Gadaffi, the whole region is unpredictable, and that actually  means less stability.”