Wrap It Up: February is National Condom Month 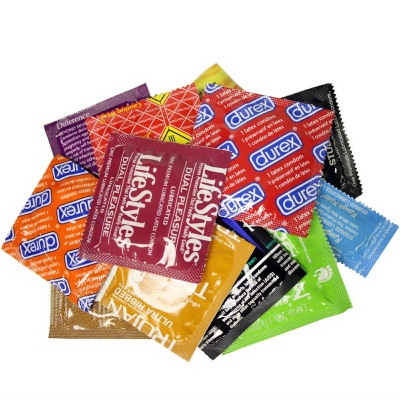 February is most known as the shortest month, which harbors both Valentine’s and Groundhog’s Day, but were you aware that it is also National Condom Month?

What started as National Condom Week in 1978 by students at the University of California-Berkeley, has grown into a national awareness in hopes of educating high schools, colleges, AIDS groups, pharmacies, condom manufacturers and other similar organizations.

What better way of celebrating a day filled with love than raising awareness about practicing safe sex?

Although condoms are not a cure for sexually transmitted diseases, other than abstinence, they are the most effective method for preventing the spread of HIV, which causes AIDS.

According to the Center for Disease Control (CDC), every year, in the United States, there are 19 million new cases of sexually transmitted infections (STI). Of that number, about half are said to occur among the ages of 15-24. In addition, only 22 percent of unmarried men and 19 percent of unmarried women, ages 15-44, use a condom during intercourse.

Many STI’s have no apparent symptoms, causing them to go untreated and transmitted from one unknowing partner to another.

The CDC states that 30 percent of sexually active youth have a sexually transmitted infection and don’t know about it, thus putting their lives and the lives of their partners at risk. STI’s that are untreated can cause several medical complications, the most harmful being infertility.

While condoms do not provide 100 percent protection against STI’s, if used correctly, they greatly reduce the possibility of contractive infections such as chlamydia and gonorrhea. Research also shows that proper and regular use of condoms can lower the rate of women acquiring HPV (Human papillomavirus), which can lead to cervical cancer and genital warts.

According to the CDC, the U.S. spends up to $20 billion each year treated sexually transmitted infections.

It’s no secret that these problems are here to stay and the consequences can be devastating. Here are some tips to keep in mind with regards to condoms:

DO NOT STORE CONDOMS IN your car (they should not be subjected to extreme heat or cold) or your wallet (heat combined with pressure can break down the latex).
Check the expiration date when purchasing an individual pack of condoms
Check the condom for tears or holes before use.
Keep condoms away from direct light and in a shaded area, like a drawer.

Recently the Los Angeles City Council voted 9-1 to approve an ordinance that would require the city to deny all permits of actors who did not follow the condom agreement.

Although film producers could film outside the city limits, the addition of the law forces those within the industry to consciously be aware of the dangers that surround unprotected sex.

In honor of this cause, remember: No glove, no love. Don’t be a Fool, Wrap your Tool.