A Tale of Two Johns; Life near Indian Point 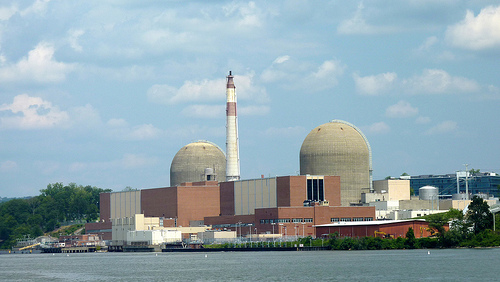 The best and (arguably) most credible endorsement for the viability and success of a product comes from those who have used it. The key word here is “credible.” Would you be more inclined to purchase a used car from someone who bought it brand new and has a complete service history on the vehicle, or from a salesman who told you a little old lady owned it but can’t produce a shred of evidence confirming it?

When it comes to the controversial topic of the Indian Point nuclear power plant that has been featured in the news so prominently of late, personal feelings regarding the facility run the gauntlet. Two people linked to the facility in one way or another give their opinions.

John Daniele is a 47 year old radiation inspector that has worked at Indian Point since September 1981. He was born and raised in the Peekskill area (about two miles from the plant) and currently resides within 4 miles of the facility. He owns a couple rental properties within a ten mile radius, and takes care of his elderly mother within the same vicinity.

Though Daniele is a born and bred Peekskill native, he loves to travel whenever his schedule allows and has a worldly air about him. While in college he was studying as a math and computer science major when some people came to his school looking for people to do an internship at Indian Point.

“I was more curious than anything, but after my internship was completed, I was offered a job and decided to continue on there as an employee.”

Daniele’s job is very intensive and he often puts in six day work weeks. He monitors for any radiation in and around the plant along with anyone who has to come into the plant to accomplish routine maintenance. He carries a Geiger counter on his person constantly while on duty.  He also samples the water, air and vegetation in the immediate area of the facility.

“We run inspections and checks of the area 24 hours a day, 365 days a year, and we are never off. Someone is always there performing my job.”

When asked about where he wants to retire, Daniele says that wants to stay in the area. He loves it here and with regard to Indian Point, has no reservation whatsoever to do so.

“I am at the plant sometimes more than I am at home during a given week. Because of my job I am at every section of the plant basically, so I know about its construction and safe guards.”

Daniele does not get caught up in the politics concerning speculation for or against Indian Point or nuclear power. He prides himself on being a practical man who makes sensible decisions and cares deeply for the welfare of his family.

“If I felt for even the slightest part of a second that I or my family would be in harm’s way about anything, I would take measures to rectify whatever it was.”

Like Daniele, John Santangelo Sr. is a born and raised native of Peekskill, NY and has lived there his entire life. He is 83 years young and is the father of five, with three of his children and their children living within a five mile radius of Indian Point. Mr. Santangelo worked successfully in the sales and marketing career field from which he has been retired for over 20 years now. He would commute back and forth on the Metro North line to Manhattan to his job for a number of years and lived in the area before Indian Point was even built.

“Indian point used to be a carnival like park. I remember when they started to talk about constructing the plant. There was not much concern on the part of locals, and I don’t know if it was more to do with the fact that nuclear power was such a new technology and there was not much known to the general public about it.”

Indian Point was licensed to operate by the Government March 26, 1962 and began operation September 16, 1962. Today the plant generates up 30 percent of the power for New York City and Westchester County.

Mr. Santangelo says now that he does not believe having a nuclear plant is a very good idea embedded so close to where populated areas such as Manhattan and its suburbs. He feels the people that could be affected if there were ever a problem would be staggering.

“I never had a concern with the safety of my family the entire time I have lived here. Most of my children and their kids are still in the area, and I was never concerned because of anything I heard.”

Mr. Santangelo is a very politically savvy and informed man. He regularly goes into Manhattan for day trips or a night of dining with friends or family. He has a very inquisitive mind and does not take things for face value. When asked if he would move to this area with a family, based on what he knows regarding Indian Point now, he said yes, but with one caveat.

“I would look a lot harder into the safety record of the plant and check out as much information as I could regarding general nuclear plant safety.”

With that in mind, the question was posed to Mr. Santangelo if whether or not he would consume fish that had been caught in the waters around the plant. He simply smiled and responded with a mellow tone.

The basic process that creates nuclear power is called nuclear fission. What happens is that uranium (the substance of concern in the process) atoms are split when they are struck by atoms. They along with other a few other neutrons release heat when this happens. These neutrons split and collide with other uranium atoms causing the atoms, to split and again produce more heat. This process is called a chain reaction.

The resulting heat from this process heats water and produces steam that turns turbines which generate electricity and voila…there is power for game consoles, computers, and every other electrically driven device or appliance in our homes.