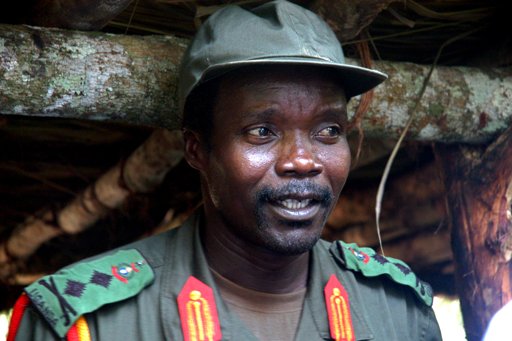 When a child goes missing for an extended period of time in the U.S. everyone knows. His or her face is shown on every news channel, descriptions of the abductors are given in as much detail as possible and we do everything we can to bring that child home.

However, this is not the case in Uganda.

In the past 20 years, at least 30,000 children have been abducted and enslaved as child combatants and sex slaves.

Losing a child to abduction in Uganda is not uncommon, with almost every family suffering from the same tragic event. Joseph Kony, the leader of the Lord’s Resistance Army, is responsible for thousands of murders and over 30,000 abductions.

One man has somehow managed to devastate the lives of thousands of children and families, kidnapping the children and brainwashing them from a young age.  Inhumane and brutal don’t even begin to define the actions of Joseph Kony.

The Kony 2012 film, produced by the American charity Invisible Children, is hitting the social media network worldwide and the hunt for Kony is on.

Invisible Children uses film, creativity, and social action to end the use of child soldiers in Kony’s rebel war and restore Lord’s Resistance Army affected communities in Central Africa to peace and prosperity.

The film has captured 29 minutes worth of attention from over 50 million people worldwide. Invisible Children has cemented the legitimacy of social media when the video hit 71 million views on Facebook.

Junior criminal studies major Jeremy Lovera stated, “I saw the video on my Facebook page, watched it, and was shocked by what I saw. I felt like everyone should know what was going on, so I shared the video myself.”

“It’s so easy, with a click of a button, to share a video on Facebook and spread the word. Invisible Children knew what they were doing when making a video,” education major Nicole Montevano said.

According to USA Today, the film was posted March 1 and had 58,000 views by March 5. On March 6, Kim Kardashian sent a tweet with a link to the film to her 13 million Twitter followers, the same day Oprah Winfrey tweeted the link to her 9.7 million followers. That day, Kony 2012 hit 8.2 million views on YouTube. Views continued to grow over the weekend, from 50 million Friday to 71 million by Sunday.

During a decade-long campaign of intimidation in northern Uganda, Kony’s LRA kidnapped tens of thousands of children for use as soldiers and sex slaves, and displaced more than a million people into camps.

Kony and his troops were chased into the ungoverned border region between the Democratic Republic of the Congo, the Central African Republic, and South Sudan. Kony refuses to negotiate peace

There are some questions about the charity’s funding, like its targeting of U.S. leaders instead of African leaders to instigate change, and accusations that it is failing to criticize the Ugandan government.

Invisible Children, and now every person that has watched KONY 2012, says the children and families of Uganda deserve peace.

Many feel as though the children of Uganda deserve to be searched for and worried about, the same way Americans worry about missing children in the U.S.

Sophomore veterinary tech major Dolores Yovino said, “After twenty years of torture and suffering, they deserve to not live in fear. Children deserve to be children.”

The LRA is now diminished and on the run, but it still conducted more than 300 attacks last year, generating fear and instability far beyond its numbers.

It’s not unknown that everyone wants to bring Kony to justice. The effort to capture or kill Kony is one of the least controversial objectives in the world, but that has not prevented a few people from trying to stir controversy. Both President George W. Bush and Barack Obama made the pursuit of Kony a priority.

The International Criminal Court has indicted him for war crimes and crimes against humanity.

Some criticism has been directed against Invisible Children, an organization that has spoken in its own defense about where the money raised will be allocated too.

But a broader case is also being made against the global campaign to stop Kony.

The crimes of the LRA, it is argued, have been exaggerated and the attention they are receiving is disproportionate.

Kony was very powerful and dangerous in his own right years ago. He is no longer active in Uganda, especially after his own army turned against him. When Kony attempts to gather his forces, his Ugandan army pursuers are quickly on top of him.

“It’s like the genocide in Darfur. All of Kony’s victims deserve to see justice done!” Yovino added.

Obama has deployed more than 80 special operations forces in the region to help coordinate these operations. The net around Kony with American help is tightening.

“Kony is a cult-like figure, like Hitler or Stalin, with a certain hold over his followers that make them do whatever he says. Who is to say that he is done with these actions?” Lovera questioned.

“Something has never taken over Facebook as fast as this, in my opinion. Soon enough there’s going to be bracelets and t-shirts made,” Montevano suggested.

People are interested in Kony’s fate because of the scale of his past crimes and the vividness of his evil.

Yovino is determined something will come of this campaign.

“It would be great to get rid of Kony for good.”