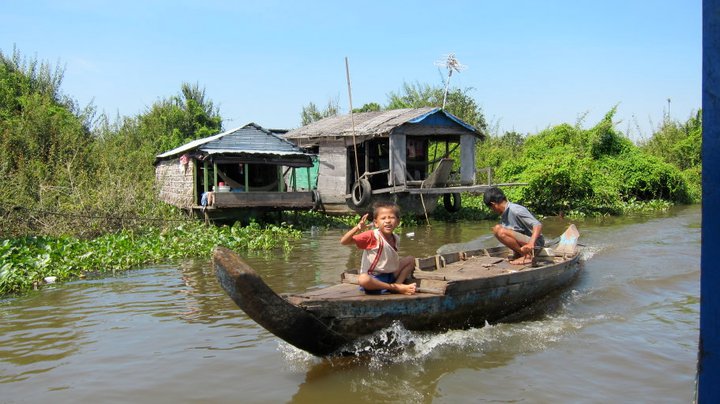 Ms. Rucker interacted with many locals during her travels through Vietnam and Cambodia.

The American Scholastic Press Association announced its 2011-2012 awards on April 13, and The Impact was a winner of two awards – a first place staff award and first place individual award for outstanding writing.

The Impact was one of five colleges to win an award in the OUTSTANDING STORY (non-school related) category.

Jessi Rucker won first place honors for her story, “Revisiting Vietnam,” which centered on her experiences of traveling though Southeast Asia and the impressions of a Vietnam War veteran. The story ran in May of 2011.

The Impact as a staff also won a first award for general excellence. Judges grade all issues of the newspaper from January to December and place them in one of five categories for general excellence – First, Second, Third, Honorable Mention or Unranked. This is The Impact’s fifth consecutive year winning a First Place General Excellence Award.