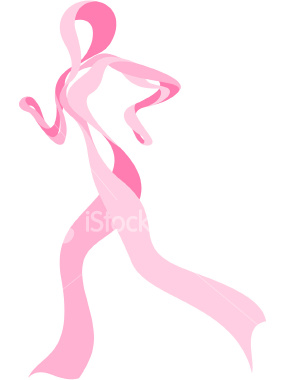 New breast cancer research has shown that Caucasian women have a higher risk of developing breast cancer compared to African American and Latina women, according to a presentation by Dr. Nancy Mills at Mercy College last month.

However, black women tend to have a higher mortality rate, she said.

The reasons behind the statistics are associated with socioeconomic status as well as access to diagnosis and treatment.

Mills explained that as advanced-staged tumor increase their aggressiveness, it becomes more of a problem for minorities than for other whites.

“Statistically, African-Americans are diagnosed later in age,” says Mills. “So it is usually much more severe when they first find out because it has gone untreated for years.”

Triple breast cancer is also known as basal-type breast cancer, and can lead to heavier aggressive behavior. It also can lead to a more serious prognosis in addition to being known for having a higher mortality rate.

Breast Cancer is the second leading cause of death in women in addition to being the deadliest of all cancers in women of ages 15-54. Nearly 180,000 women are diagnosed each year as it claims  43,000 lives per year in the U.S.

“We look at incidence reports and compare them to mortality rates,” said Mills.

Latina women have the lowest rates of breast cancer with approximately 90 cases per 100,000 women. Research shows that Latina women also have an extremely high rate of not having insurance, lack of transportation, as well as fear of being examined.

However, when it comes to fear, “it is a key issue for all races,” says Mills.

Not only does breast cancer develop, but it can also be inherited. Inherited breast cancer is scarce, as only 5 to10 percent of the total diagnosed contract it this way each year. Most are detected early and treated while the patient is still young. It is frequently bilateral and can be present in certain tumors of certain families. This can be shown in ovary, prostate, endometrium, and even in male breast cancer. Surprisingly, the risk of inheriting ovary cancer compared to contracting breast cancer is separated by 40 percent.

Standard screening for breast cancer can consist of a self-examination test, and clinical examination by a health care provider. After age 40, women are suggested to have an annual mammography. If under the age of 50, new screening techniques been evolved so a digital mammography can be a possible treatment. When surgery is involved, studies show that lumpectomy with radiation therapy is a key surgery, as well as possibly going through a mastectomy.

There are many breast cancer foundations, notably the Susan G. Komen For The Cure Foundation. The Susan G. Komen group that was founded by two sisters in 1982 and has been running strong ever since. This foundation serves New York City, Long Island, Westchester County, and Rockland County. In 1987, Susan G. Komen claimed that screening rates for women with breast cancer was 29 percent, and since the year 2008, it has sky rocketed to 65 percent.

A major impact that Komen has had on stage 1 breast cancer is the five-year survival rate. From 1982 to now, the survival growth has improved from 74 percent to 100 percent.